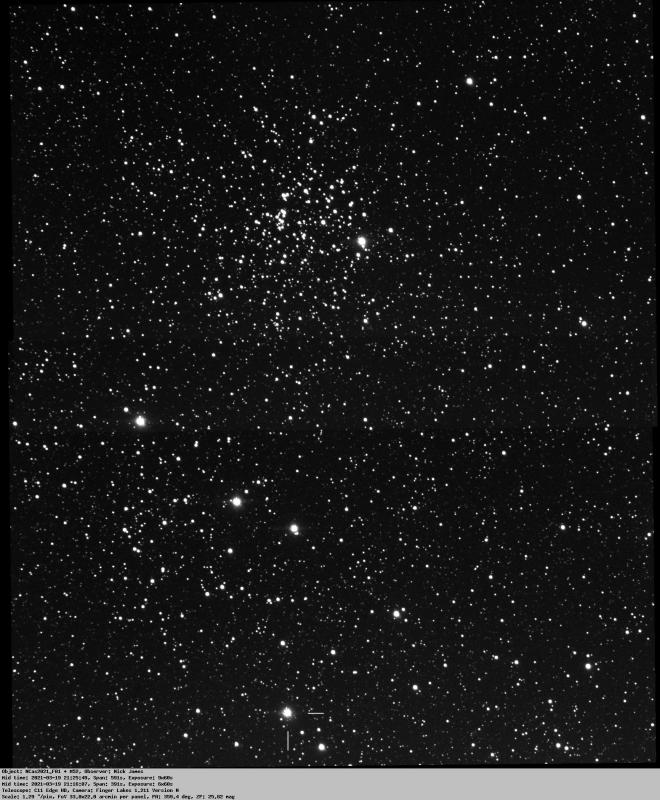 I would like to alert members to a bright (8th mag) nova in Cassiopeia discovered on March 18. It is currently a binocular object and well worth a look if you get clear skies. Moreover, it’s close to the open star cluster M52, making it a photogenic field as shown in the image above from Nick James in Chelmsford on the evening of March 19 (the nova is marked near the bottom – the Bubble nebula is in the vicinty, too – see image further down). Here’s the story.

This is a bright nova, reasonably well placed in the evening sky and further observations are encouraged. The field is circumpolar from UK and is an easy binocular object. Charts and sequences are available from the AAVSO Variable Star Plotter; a 3 degree chart is here. Note that you can scale and orientate the chart to your preference .

Follow the unfolding story of this nova on the BAA Forum.

Please submit your observations to the BAA Variable Star Section. Binoculars are ideal for visual estimates of the nova’s brightness, but DSLRs and CCDs can also be deployed. It would be great to see your images on BAA Member Albums.

Spectroscopy is also encouraged. A spectrum by David Boyd on March 19  was recorded with a LISA spectrograph on a C11 during a short break in generally overcast skies (see below). It shows strong emission lines of the hydrogen Balmer series and He I. There are P Cygni profiles extending to around -2500 km/s relative to the rest wavelength on all emission lines. The spectrum was calibrated in absolute flux using currently recorded B and V photometry which gave V = 7.77+-0.04 and B-V = 0.50. 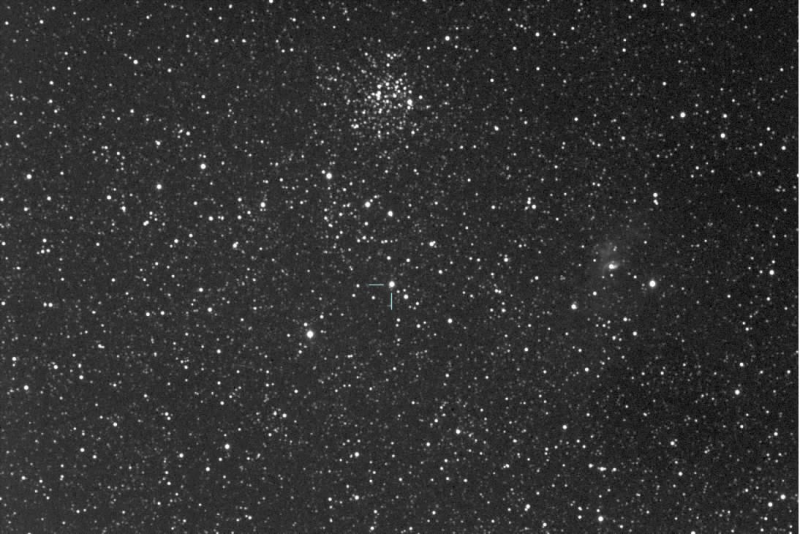