Rare outburst of the dwarf nova LL And 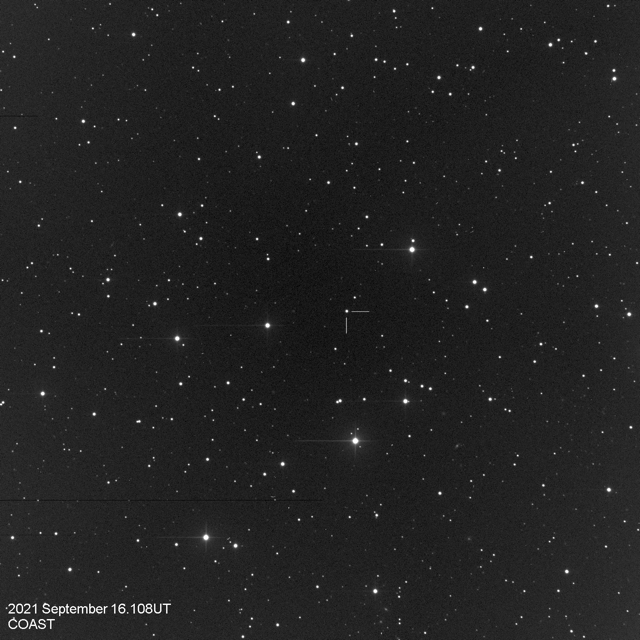 Image of LL And courtesy of Gary Poyner who used the COAST telescope, CDK 17. Field: 43 arcmin, E to left, S up

The large amplitude dwarf nova, LL And, was reported to be in outburst by the undersigned at magnitude 12.8 (CCD, clear filter) on September 14.902.

Subsequent time series photometry by several observers has revealed small humps in the light curve, but these do not appear to be related to the orbital period (79 mins). It is anticipated that superhumps may appear in the next few days. Follow up observations, both time series photometry and individual data points, are therefore urgently requested. Spectroscopy is also welcome, especially considering that the object is so bright – a spectrum taken on the first night by Robin Leadbeater, showing H-Balmer lines in absorption, is presented on the BAA Forum.

LL And is thought to be a member of the WZ Sge family of dwarf novae which show large amplitude outbursts at very long intervals. In quiescence, LL And is mag 20, so its amplitude is ca. 7 magnitudes. LL And was seen in outburst in December 1993, and the last confirmed outburst occurred in December 2008.  One other outburst was observed in June 2004.

Please submit observations to the VSS photometry or spectroscopy database. Keep an eye on the BAA Forum for further developments of this unfolding story.