Asteroid 2005 QN173 was discovered in 2005 as a main-belt asteroid. On the mailing list on comets and minor planets where he posted his findings, Alan commented that it might be one of the group of ‘main belt comets’ because of its similar orbit and because it became active near perihelion.

However, the asteroid only has one tail that is long and straight, and does not appear to show any signs of a fan-shaped tail characteristic of a typical comet. This suggests that its spin rate may have gradually increased to the point where the asteroid’s internal gravity could no longer hold it together and a stream of particles was released along its orbit. 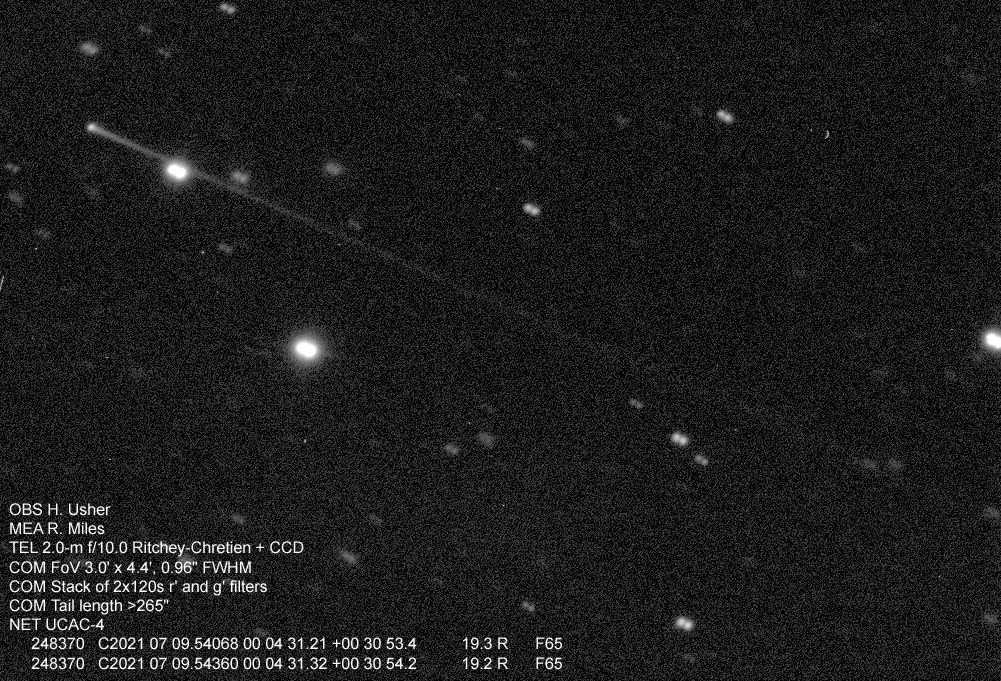 Within a few hours of the original announcement, as part of the Comet Chasers schools’ astronomy outreach project, Open University PhD student Helen Usher organised a remote imaging session of ‘QN173’ with the 2-metre Faulkes Telescope North in Hawaii. The above image shows its appearance at that time. Since then, other observing sessions have been completed and, guided by BAA members Richard Miles and Tony Angel, and their teaching assistant, amateur astronomer Ben Wooding, pupils from St Mary’s School in Bridgend, South Wales analysed the images to measure the position of the asteroid and its brightness. These measurements were checked and submitted to the Minor Planets Center in the USA one week after Fitzsimmons first alerted the observing community about this active asteroid.

In an interesting development, Chad Trujillo has reported the discovery on Dark Energy Camera survey 4-metre telescope images taken in 2016 July showing the asteroid sporting a similar tail to that reported this month. Given this repeat activity, it is suggested that the most probable driving mechanism is sublimation of volatiles. 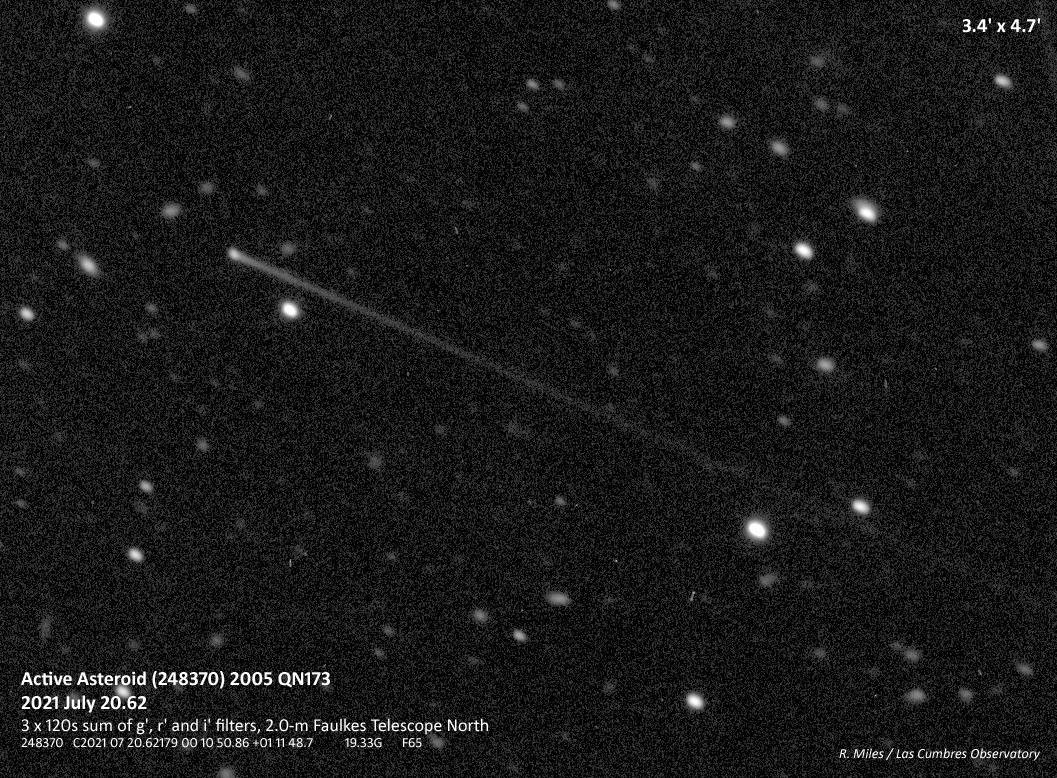 Further observations are planned to check if it exhibits a relatively fast spin rate, and to monitor the debris surrounding the core of the asteroid as it settles back onto the main body or disperses. Hopefully, along with other astronomers around the world, Comet Chasers observations will help us learn more about this strange object by monitoring it in the months to come.

This object appears to be essentially unique.

Out of several hundred thousand asteroids in the Main Belt, only one other object is known whose characteristics are similar, namely asteroid (6478) Gault – it is believed that this started to break up due to fast rotation and that two tails formed following a double ejection of material two months apart in late 2018.