Mercury was at Inferior Conjunction on 2nd April but has been moving eastward since then and possibly became visible after sunset around about the 12th April when it would have been very close to the horizon at mag -1.4.

As April progresses Mercury’s phase shrinks thus becoming fainter but it will appear bigger in size, all the time moving away from the Sun. The planet  reaches greatest eastern elongation, 21 degrees, on April 29. At this time it will be at about mag +0.4.

This is Mercury’s best evening apparition of 2022. It can be viewed about one hour after sunset when about 10 degrees above the west-northwest horizon. The graphic (courtesy Stellarium) shows the location of Mercury which will be close (1.4 degrees) to The Pleiades (M45) thus giving a clear pointer to the planet and a great opportunity for seeing through binoculars or a small telescope and for imaging. 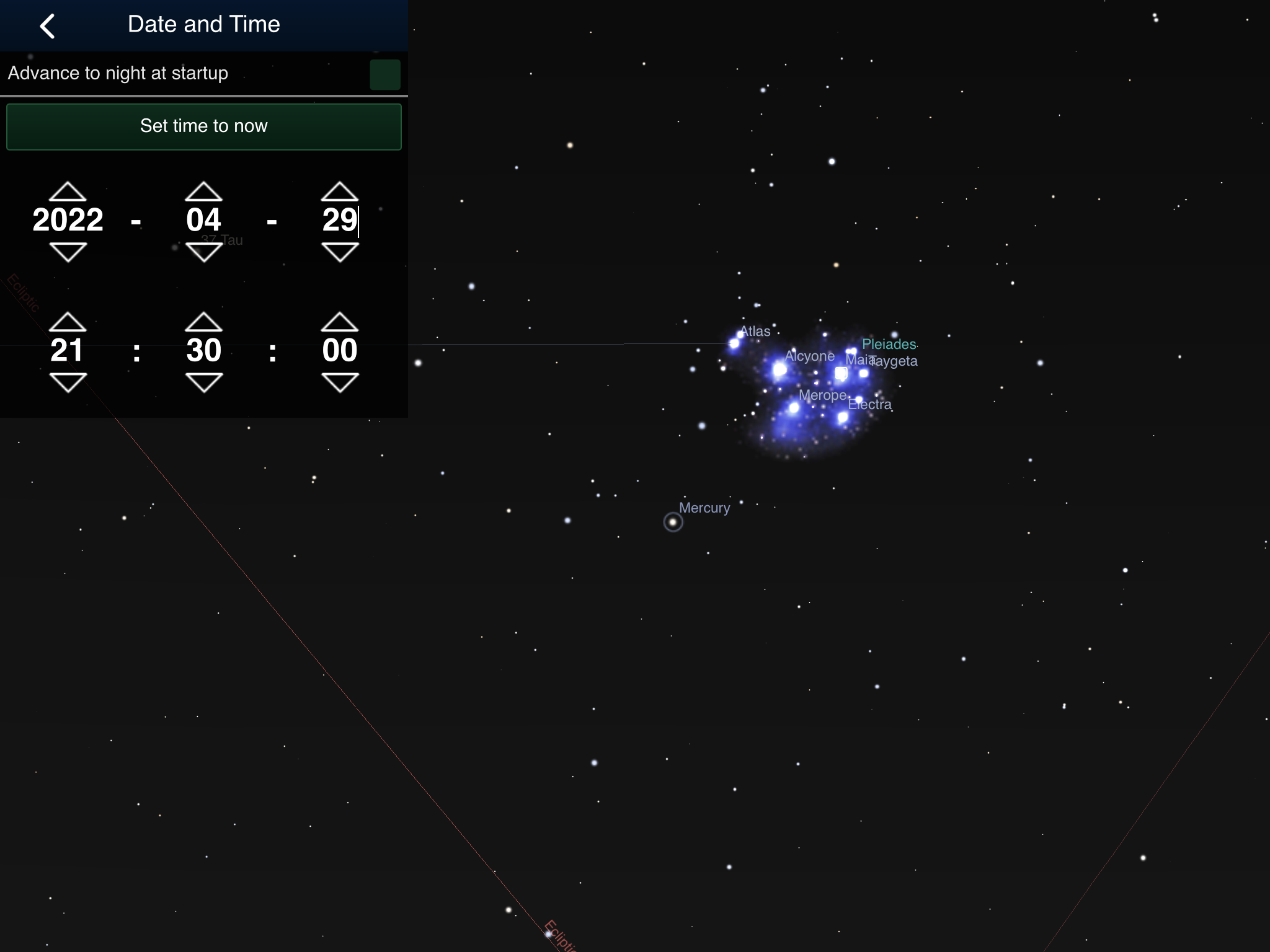 There is another observing/imaging opportuntity on May 2nd when the planet will at about mag +0.8 but will still have The Pleaides about 2.5 degrees to the lower right. It will then have the thin sliver of the Moon (4% illuminated) some 4 degrees to the upper left, as shown in the graphic. 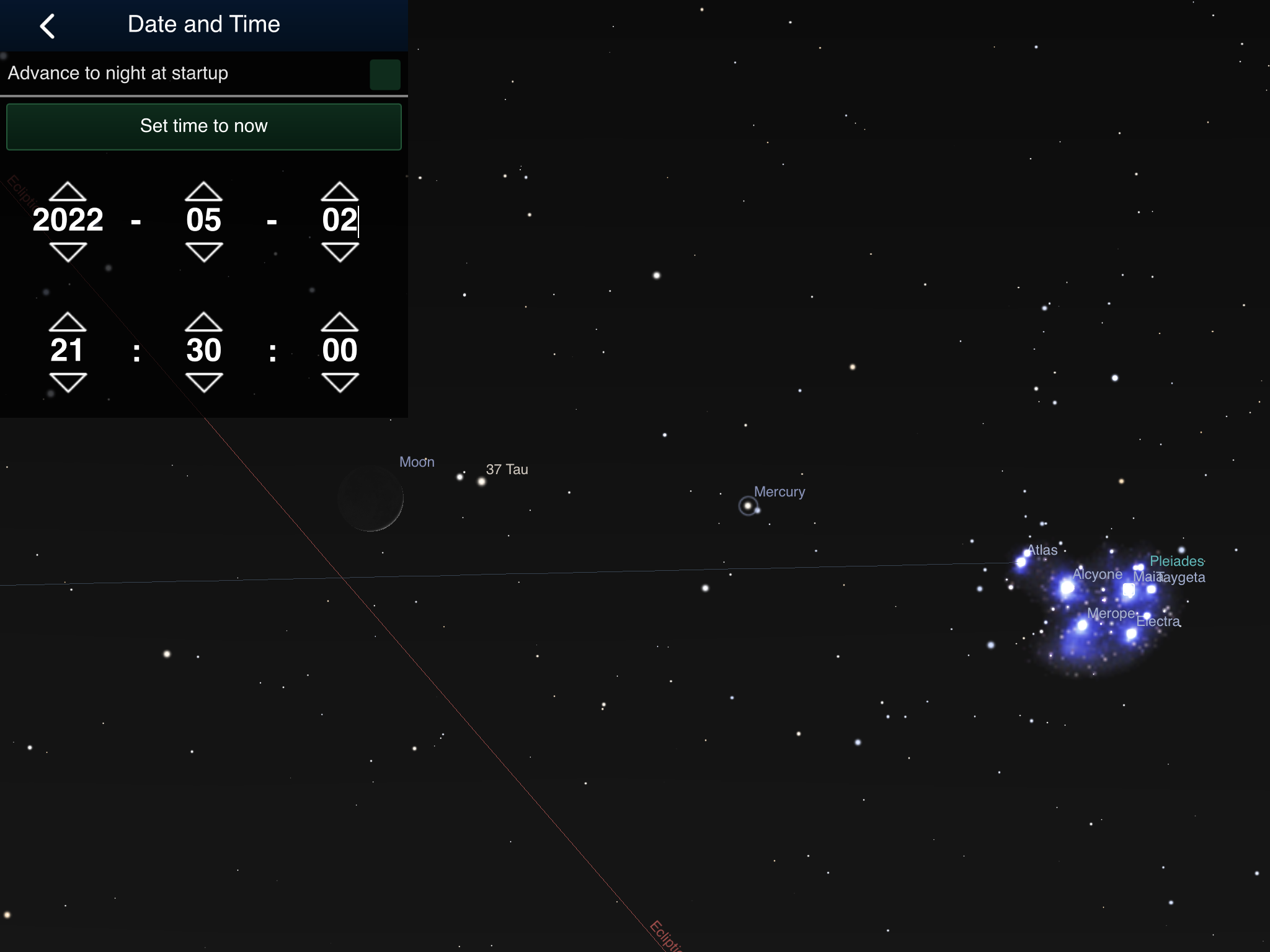 So, as can be seen, Mercury presents us with at least two very good opportunities to observe or image in the next few weeks. If you do plan to do some observations then please upload them to your members area and send to the Mercury and Venus Section.