We have unfortunately had to postpone this meeting until 2021

‘The Sun and its Solar System’

We will look at our Sun and the effect that it has on the Earth, particularly the aurora.  We will also see how our Solar System evolved and will discuss some of of the smaller members of the Solar System

Our speakers for the day will be:–

Stars can be both friend and foe for life that is trying to evolve on a planet. They provide essential light and warmth, without which life finds it hard to exist at all, but a star’s magnetic activity can also be damaging. This magnetic activity comes in the form of a stellar wind that may strip away a planet’s atmosphere and also in the form of flares. These are enormous releases of energy from the star’s corona that not only increase the star’s X-ray emission but can also throw massive clouds of hot gas towards a planet. When life was evolving on Earth, the Sun was younger and more active, with a stronger wind and more powerful flares, but even today, both satellite electronics and power grids on Earth may be damaged in a solar flare. So what makes a star a good neighbour? In this talk I will describe our current understanding of the magnetic activity of other stars and show how we are assessing the impact this may have on any orbiting planets

Professor Moira Jardine is an astrophysicist who aims to understand the origins of the solar system and the conditions that allowed life to evolve on Earth. In particular, she studies in magnetic field of stars, since these power both the hot, X-ray-emitting corona and the supersonic wind that together can ionise or erode a planet’s atmosphere. She joined the University of St Andrews in 1995, becoming Professor in 2010. 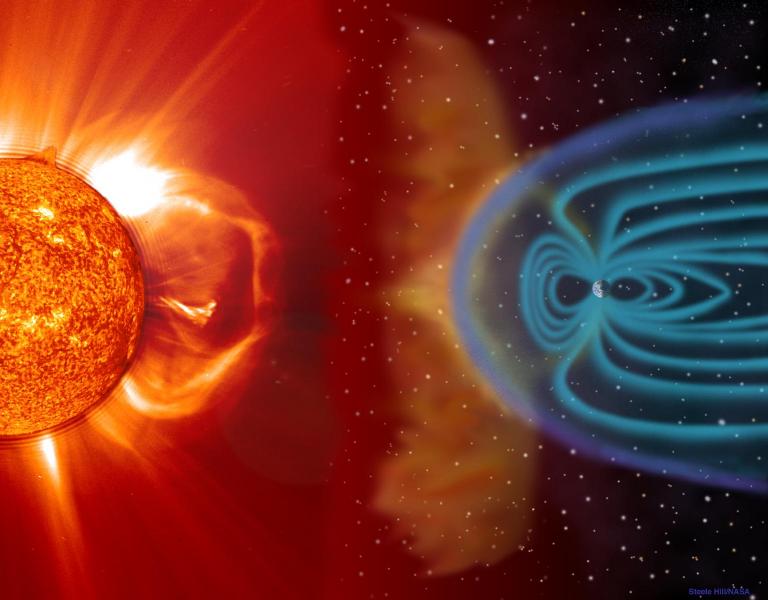 I am an astronomer and planetary scientist, and study the minor bodies of our solar system via remote observations using telescopes, and through exploration by spacecraft. My main area of expertise is in research into comets. I am the deputy PI for the ESA Comet Interceptor mission, and part of the teams working on the ESA Rosetta, ESA Hera and NASA Dart missions. As a Chancellor’s Fellow in Data-Driven Innovation at Edinburgh I combine research and teaching with work on using space and satellite data and technology to advance commercial and societal improvements on Earth. 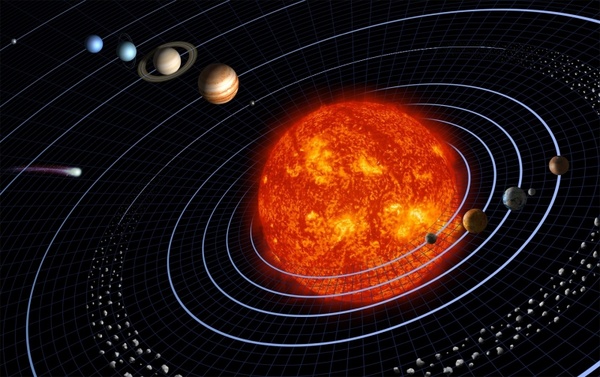 This talk will look at the activities, practices and opportunites for comet observers and discoverers in this age of electronic observing. The role of the non professional still has a significant role to play in cometary science.

Denis Buczynski has been a member of the BAA since 1974 and have been observing comets since that time. After a failed attempt as a novice to observe Comet Kohoutek in in 1974 I sought advice and was mentored by Reggie Waterfield and Harold Ridley, both expert comet observers and photographers. I followed their example and began observing comets for astrometry. I have making these type of observations ever since. I have made the transition from film to electronic imaging and I am now one of the most productive UK observers of cometary positions from my home observatory in Highland Scotland. I am the current Secretary Comet Section, The British Astronomical Association and I am an Associate Editor of The Astronomer magazine. 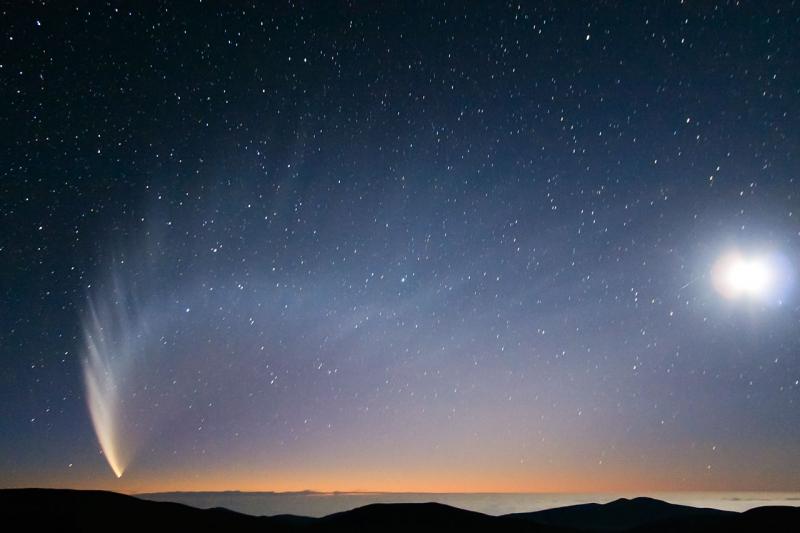 For over thirty years Dr John Mason has been leading overseas expeditions to observe and record natural phenomena such as annular and total solar eclipses, the polar aurora and major meteor showers to destinations all over the world.  For the past fourteen autumn/winter seasons the speaker has spent up to two months in the Arctic observing and imaging the polar aurora and relating the activity seen to both solar activity and the state of the solar wind on its arrival in the vicinity of the Earth. 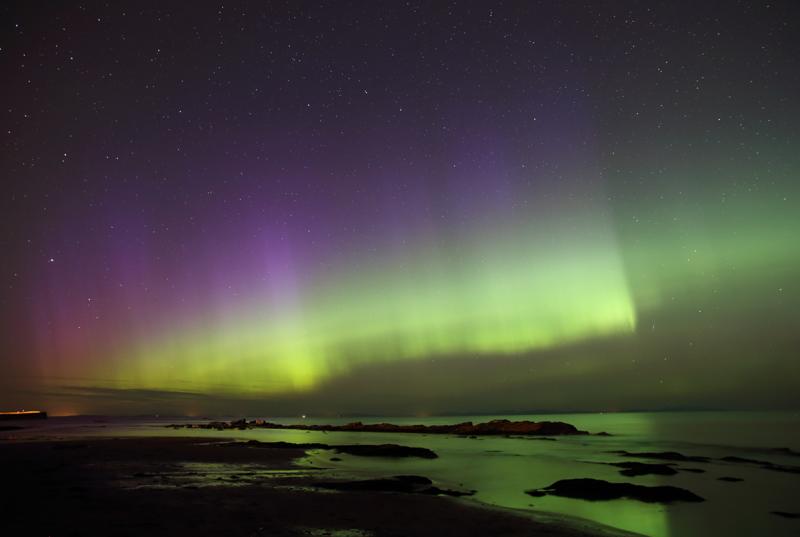 Right from the start, women were involved in running the society. This was in stark contrast to the Royal Astronomical Society, who did not admit women to their ranks until 1916. So, the leading lady astronomers of the day, including the first professional women astronomers, used the BAA as their network. This talk tells the some of the remarkable stories of the lady pioneers who helped shape the early history of our association. Some of them, such as Annie Maunder and Elizabeth Brown, are now receiving the recognition they deserve; others, such as Mary Evershed, Alice Everrett and Gertrude Bacon, are less well known.

Mike Frost is the director of the BAA’s Historical Section. He has an M.Sc in astronomy from Sussex University, is in his 25th year of membership of the BAA, and is a fellow of the Royal Astronomical Society. His research interests in the history of astronomy include astronomers from the English Midlands, where he lives, and the history and mythology of sky phenomena such as rainbows and glories. He gives talks to astronomy societies, schools and other groups around the country – see www.mikefrost.info for details. His day job is systems and control engineering in the steel rolling industry.

Also there will be an opportunity to meet some of our Section Directors: Sandra Brantingham: Aurora, Lyn Smith: Solar and Mike Frost: Historical

About SIGMA. The society was set up in the summer of 2000 and the inaugural meeting took place at Gordonstoun School on Friday 2nd June 2000. SIGMA’s main aims are to make astronomy accessible to anyone and everyone who is interested, from the highly skilled to the completely “unknowledgeable”! SIGMA meets on the first Friday of every month at 7.30pm, at Lhanbryde Community Centre near Elgin. SIGMA is lucky enough to have a Dark sky observing site at Easterton Airfield, not far from Elgin. Where observing sessions are held on Friday and Saturday nights.

Members of SIGMA range from the complete beginner to those that have a wealth of experience in various aspects of astronomy and are always keen to share their knowledge with others. There have been a host of renowned speakers in the past, including Professor John Brown, Neil Bone from Astronomy Now, Professor Martin Hendry from University of Glasgow, Brian Kelly and Dr Dave Gavine. We continually aim to make our meetings as diverse and interesting as possible and regularly hold public observing sessions, where members of the public are invited to come along to our dark site with SIGMA members on hand to guide you through the night sky.

This meeting has been cancelled.

The prices are £5.00 for BAA members, SIGMA members, members of BAA Affiliated Societies and accompanied children under 16, and £7.50 for non-members. An optional buffet lunch is available for £9.00 if booked in advance.