Mars will be well placed for observation, lying in the constellation Virgo, well above the horizon for much of the night. Regardless of your location, Mars will reach its highest point in the sky at around midnight, local time, an optimal positioning that occurs when it makes its closest approach to the point in the sky directly opposite to the Sun – an event termed opposition, the exact moment of which will be 21:57 BST. Since the Sun reaches its greatest distance below the horizon at midnight, the point opposite to it is highest in the sky at the same time. 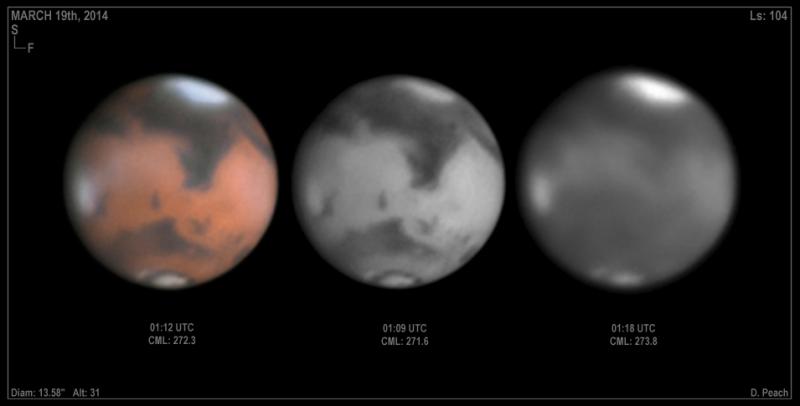