I’m afraid this doesn’t work as expected.  I’ve added the python path to the sytem path environment variable (n.b NOT the user path): 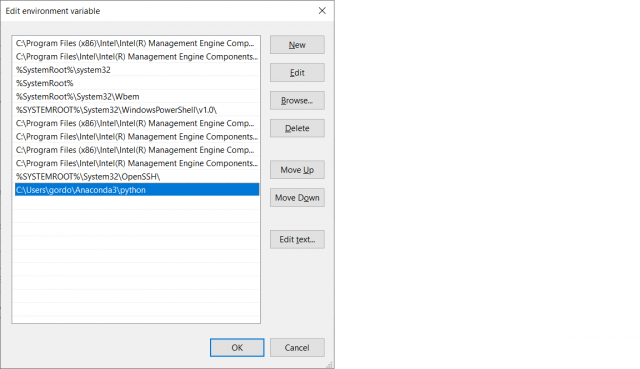 You would now expect ‘python’ to be iniversally resolved to the python path.  However,these two examples show the  result:

In the first attempt, typing ‘python’ gives you some speil about the MS app store.

In the second example, where we start from the anaconda3 sub-directory, it behaves as you would expect.

I have not tried to install HOPS again as I think the bahaviour may be strange.