I tried to merge your spectra with mine as they appeared to show the same trend but ran into difficulties intially. I then compared our spectra on similar dates and saw some differences in the continuum shape (Perhaps due to different technique. To beat down the scintillation I summed multiple short exposures rather than defocus and I used a different  reference star HD36777). No matter though as the ratio is consistent so it should be possible to reconcile our two series of spectra and combine them to give full coverage from before minimum 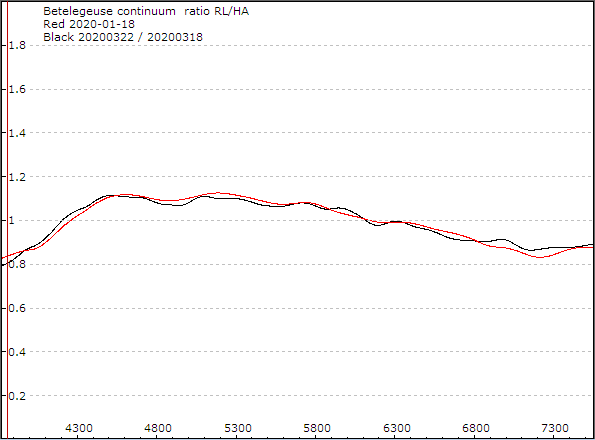