In an effort to try and find out more about Quadrantid spectra I did a “google”. One paper appeared a few times. Titled “First Results of Quadrantid Meteor Spectrum” by Shinsuke Abe et al. The paper is here: Lunar and Planetary Science XXXVI (2005), PDF 1536.

The text says they analyzed 4 sets of data (mmm there’s another coincidence…). What is truly spooky is the image shown on the summary page is this (which I cut from the document) 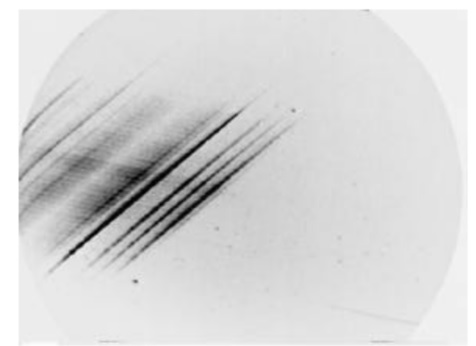 Now I have re-aligned and inverted the grey scale on my own image so that an easier comparison can be made, thus:

They are almost identical!

I will need to re-process Q1 in case there is some binning issue or other geometrical effect I’m missed. If the magnesium lines still comes out weaker than the sodium line then that’s a cosmic cat amongst the celestial pidgeons. If it corrects then bigger meteoroids  produce more intense emissions. (Perhaps that’s even common sense.) The differences in spectra may then be a function of the way a given mass ablates.