I found a filter for 850nm (16nm fwhm) which happens to be very close to the emission wavelength of the Ca II IR triplet, however the image is much more bland at 850 due to less scattering and the fact that the telescope optics have less than half the resolution at this wavelength cf 390nm. (The Ca II IR triplet is used in spectrohelioscopes for photopolarimetry. The family of UV and IR transitions are quite interesting…) 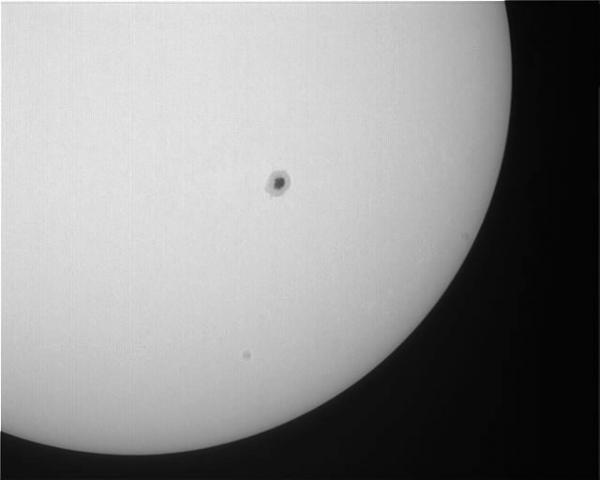 Even a casual inspection reveals the limb just looks brighter, so doing the very same thing as before gave this graph…

Which indeed does have a slightly less steep gradient than the 350nm image. The edge has a brightness of around 56% of the centre.

This was all done with “auto everything” on, with the camera and software so I’m not sure how absolutely accurate the measurements are photometrically but it makes sense, which is kinda re-assuring… 😉

On doing a bit more digging, this continues for some ways until the very shortest radio wave wavelengths are reached when there is a transition to limb brightening!