I’ve re-fitted three of my cameras with the plastic film grating and re-aligned the various cameras so I get overlapping FOV’s. This, ostensibly, is so I can compare the spectroscopy characteristics of the various camera/lens/grating combinations.

Unfortunately no spectra from last night but the the testing of the ZWO camera continues nonetheless. 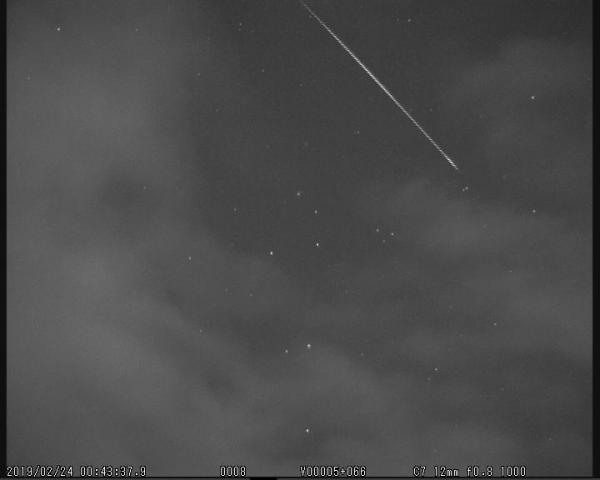 and the same meteor on the ZWO 174MM. 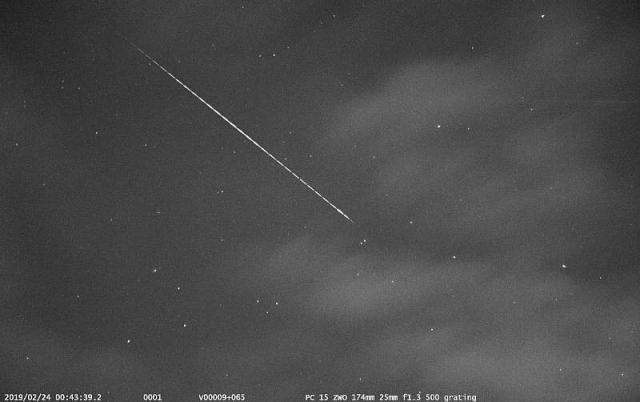 I’ve half sized the ZWO image to try and visually make the images comparable. On screen the ZWO images look very dark but when stretched even just a little they reveal all the data that is really there! The global shutter and slower frame rate/longer exposure give a nice “chopped” image. The glow from trail can even be seen to infill the gaps.

Also the higher native bit depth of the ZWO means the pixels are less likely to saturate. Using the slice function in IRIS a lightcurve can be extracted easily.