Home › Forums › Meteors › The curious case of the corkscrew meteors…. › Just for completeness….

Here’s the full image of the first spiral image (I’ve re-sized the image but there has been no processing). Also, the next two meteors in this sequence from the night. 2nd is fainter, mid upper right (11 x 30 secs later) and 3rd was another bright meteor (a further 6x 30 secs later). If it was wind it would needed to have been very contstant to generate the identical oscillatory effect and in any case the whole rig was low down sheltered by a wall and the car. This still does not guarantee absolutely there was no wind effect but I did deliberately try to minimise it.

I might go with shutter slap but with that vibration, hopefully, dying down quickly it would mean ALL of the spirals would need to be caught just in the first few seconds as the mirror moved and the shutter opened. Again not impossible but the odds must be fairly long…

Next time I’ll be taking a tripod with tubular legs I can fill with sand to dampen out vibrations.

If nothing else it adds a bit of drama to the image! 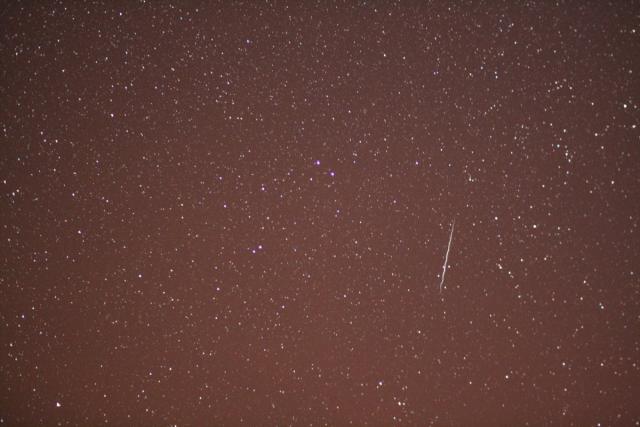 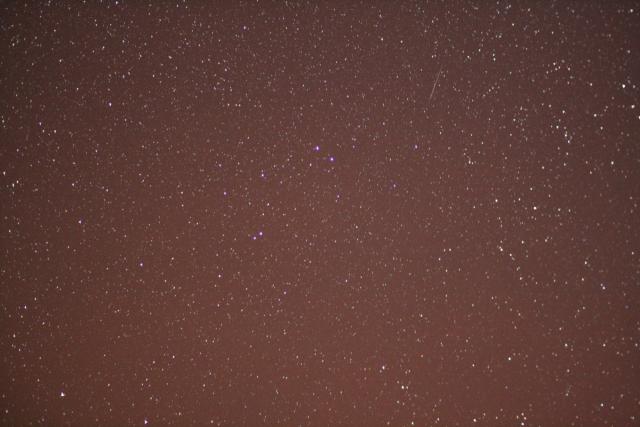 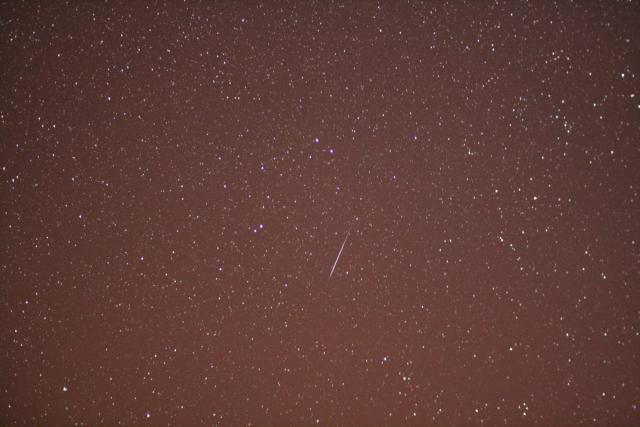