My main telescope can’t get that low so this was using a portable mount set up at the other end of the garden which has a pretty good southern horizon. This plot shows the brightness of the sky background in the frames of this field. I started imaging just before 05:50 when the comet was about 7 deg aove the horizon and there was some cloud low down. The sky darkened a bit as the comet rose and the cloud cleared and then started to brighten rapidly at 06:30 as dawn arrived. My optimum time was between 06:10 and 06:30 when the sky was at its darkest and the comet was around 10 deg up. Astro twilight started here at 05:57 but my sky low down is so bright from other sources that I didn’t see the effect of the Sun until around 30 mins later. By nautical twilight at 06:39 the sky was brightening rapidly. 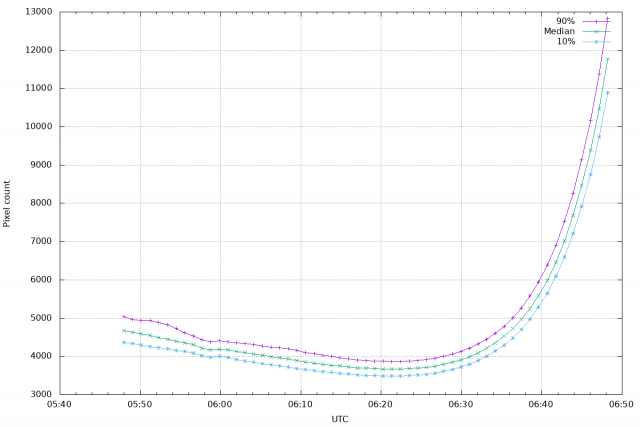