Not too bad for me I guess, although my number of planetary drawings is well below my average due to mass emigration of the planets to the southern skies:

The highlight of the year was my week at Lowell with Pete Lawrence- although we only got two clear nights in the end, I got some reasonable drawings of Mars and Saturn, managed to see Deimos and Phobos for the first time and had one of my finest views of Saturn!

Mars and its moons from the Lowell Observatory:  There is still a lot of dust in the atmosphere and as a result, the dark albedo features like Syrtis Major have lost a lot of their intensity and are rather indistinct.  The Hellas basin, normally quite bright is rather ill defined.  To the south, the brilliant south polar cap which would soon rapidly shrink with the onset of spring in the southern hemisphere of Mars. 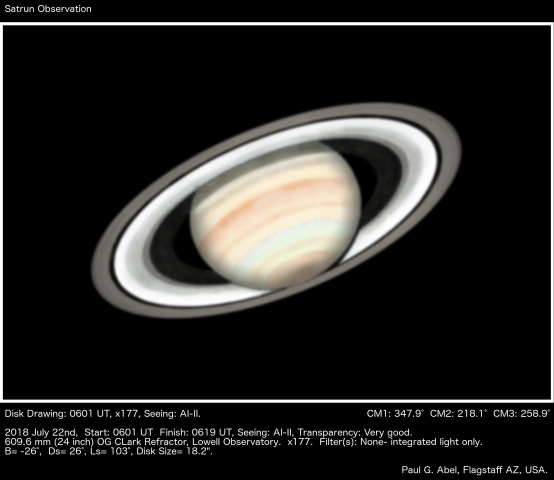 Splendid view of Saturn- the rings are wide open as the northern hemisphere of the planet is tilted towards the earth.  The Cassini Division was seen all the ray around the ring as well as interesting details in the A and B rings.  The clouds formations although similar to Jupiter are much more subtle and coloured in beautiful pastel shades.