The SBIG died unpleasantly and after some deliberation I purchased a Trius 814 from Starlight Xpress.  There were many many teething problems but first light came last night.  Images are still not as pretty as I would like but one, of a beautiful face-on barred spiral in Lyra called IC 1296, appears below. The bright nucleus is over-exposed to bring out the detail in the spiral arms. I’m certain much better images can be obtained after more tweaking the configuration of various bits of hardware.  In particular, I don’t understand what generates the dotty artefacts visible in the image, and there’s some trailing, possibly because the OAG and AO units are not working properly (or at all). 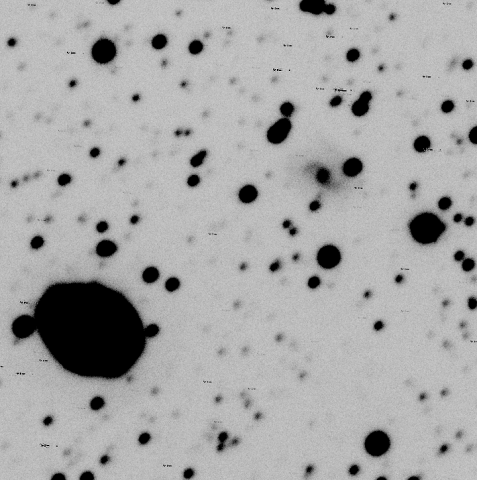 According to a local installation of astrometry.net the plate scale is 0.292 as/pix which matches the theoretical resolution nicely and at 2×2 binning (0.584 as/pix) a typical 2-3as seeing disk is 4-5 pixels across.  Just what I wanted.

(OK, I confess to being mischievous.  The large blobby thing at the lower-left is M57.  I happen to think the 15th magnitude galaxy is prettier.)