Thanks Bill, well not everything was destroyed or lost as we only recovered in the past week, most of his fine 18th century instruments were sold in an auction but in relation to his drawings and observations they were lost as mentioned in the following extract.

John left all his astronomical records and writings to Rev. Thomas Webb in Hereford, but Webb who died shortly after John handed them on to Rev. Thomas Espin. It was Espin who industriously completed John’s second edition of ‘The Red Stars’ which the Royal Irish Academy then published. When Espin, a bachelor, died in Co. Durham, angry local people set fire to the contents of his house, so all John’s material was destroyed. 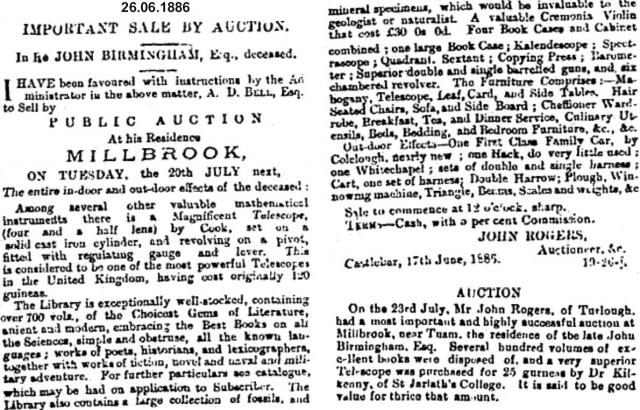