A planetary challenge in Pegasus 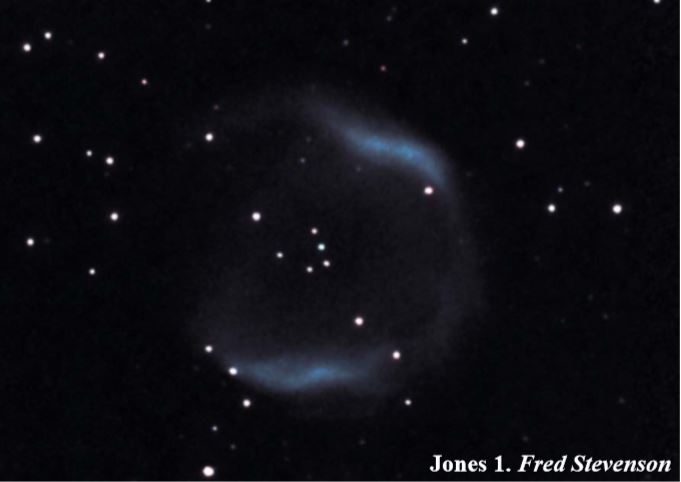 Although Pegasus, the winged horse of Greek mythology, is a rather large straggling constellation and not particularly conspicuous, the four stars forming the square asterism are quite prominent once you have located them. The situation is helped by the fact that there are few stars inside the square and none brighter than magnitude +4 to confuse you.

None of the outer square stars are brighter than second magnitude and the brightest, Sirrah (alpha Andromedae, also known as Alpheratz and located in the top left (eastern) corner at magnitude +2.1), doesn’t even belong to Pegasus any longer. It was assigned to Andromeda when the constellation boundaries were standardised by the International Astronomical Union in 1930. Previously, it was considered to be in both constellations and was known as either alpha Andromedae or delta Pegasi.

The square of stars (around 15° on each side) form the horse’s body, although I always struggle trying to construct a horse (or for that matter any other quadruped) out of the constellation’s stars, even when remembering that the horse – actually only half a horse – is upside down, with its feet in the air. 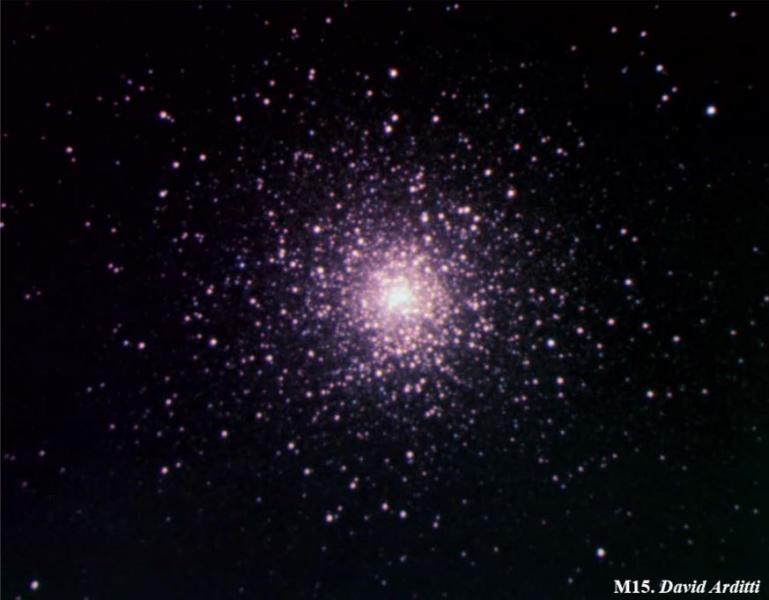 There is no doubt that the most stunning deep sky object in Pegasus is the globular cluster M15 (NGC 7078), discovered by Jean-Dominique Maraldi in 1746 and observed by Messier in 1764. At magnitude +6 it can just be glimpsed with the naked eye from a really dark site, given excellent transparency and good eyesight. David Arditti’s superb image shown here was taken from his London observatory in Edgware, using a Celestron C14 SCT at ƒ/7 coupled to an Artemis 285 camera. Total exposure time was 155 minutes (RGB). Somewhere in the north-west outer regions of this cluster is the magnitude +15 planetary nebula Pease 1.

The other popular target in the constellation is the elongated spiral galaxy NGC 7331, a William Herschel discovery of 1784. This is easily spotted in a 15–20cm telescope and shows great detail in apertures of 30cm or larger. Bob Garner’s image of the galaxy shows some of this detail. Also taken from London under magnitude +3.2 skies, it is the result of 2.5 hours of total exposure (LRGB) through a 350mm ƒ/4.6 Newtonian and SBIG ST-2000XM camera. 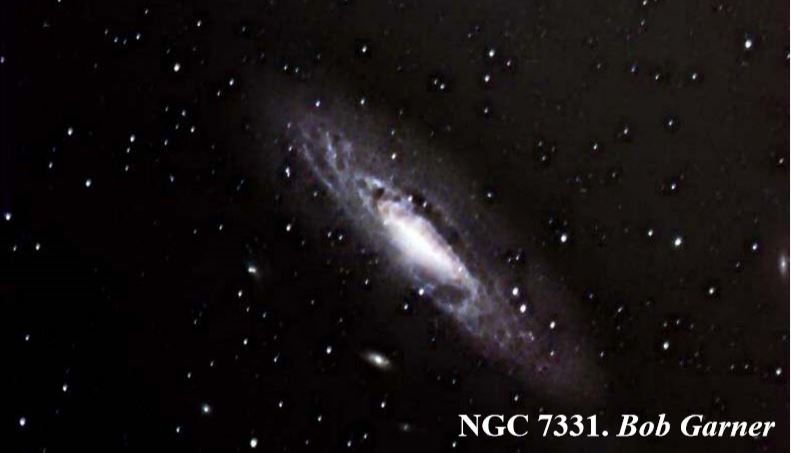 Being well away from the Milky Way, guide books concentrate on the galaxies in Pegasus (there is little else), and specifically Stephan’s Quintet (also known as Hickson 92): five compact galaxies discovered by Édouard Stephan in 1877. This is a must for users of large telescopes (see Grant Privett’s image here, taken using a 250mm ƒ/4.3 Newtonian plus Starlight Xpress SXV-M7 camera and 68 minutes of exposure). However, one superb non-galaxy object missing from many catalogues is the planetary nebula Jones 1. 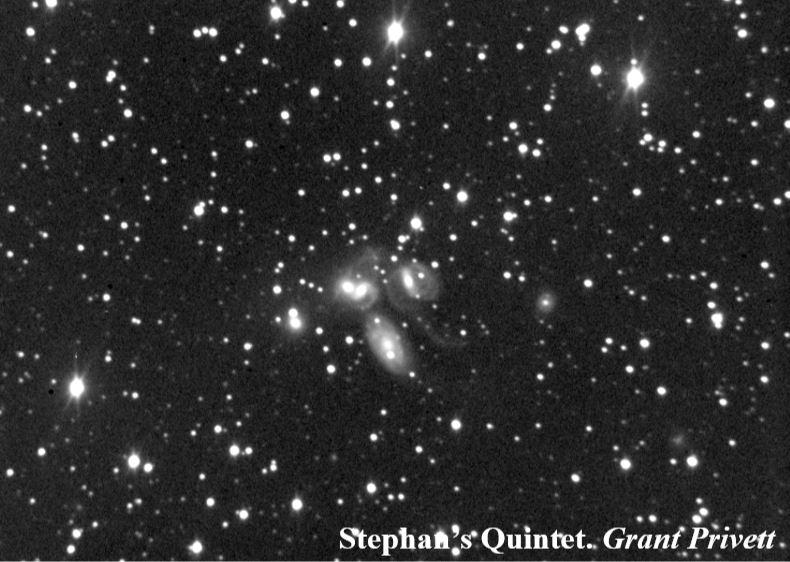 Jones 1 (PK 104-29.1 in the Perek & Kohoutek catalogue of planetary nebulae) was discovered in 1941 by Rebecca Jones of Harvard University, on the Franklin-Adams photographic plates. This planetary is not to be confused with another Jones photographic plate discovery, Jones-Emberson 1,which is commonly known – for reasons which are obvious when you look at a photograph of it – as the ‘Headphones Nebula’. As with many large and faint planetary nebulae, Jones 1 was originally regarded as a challenging object for visual observers and imagers alike. However, nebula filters – in particular OIII for visual use – and access to large Dobsonian telescopes (in the aperture class of 40cm or more) and CCD cameras has made it a relatively common target at star parties. Since Pegasus lies due south around midnight at the end of August (New Moon is on Aug 30), this is an ideal time to take up the challenge to locate it, either visually or with imaging equipment.

Located at RA 23h 35.89m and Dec. 30° 28′ (arcmin), Jones 1 lies just under 2° north and almost exactly midway between a line joining alpha Andromedae (Sirrah) and beta Pegasi (Scheat): the two top stars of the square asterism. There are many stars suitable for star-hopping along the route, for those people who still locate objects the old-fashioned way. Culminating at an altitude of around 68° from the UK, it is a pleasant change to have a challenging object reach a decent altitude, well clear of sky glow and horizon murk. Current estimates put the distance to Jones 1 at around 2,300 light-years. It has a photographic magnitude of +15.1 and a diameter of 5.2′.

Although it can be a tricky planetary for visual observers (as most large faint objects are), it images relatively easily with modern cameras. Grant Privett obtained his image from a dark site in Yarkhill, Herefordshire, using a 10-inch ƒ/4.3 Newtonian and Starlight Xpress SX-M7 camera. The total exposure was a lengthy 86×45s, without filters. This shows what can be achieved by using relatively basic equipment, but being prepared to stack multiple short exposures. North is to the top of the image, with east to the left. One of the many stars visible across the centre of the nebulosity will be the 16th magnitude central white dwarf.

The above image by Fred Stevenson was taken from his observatory in Amersham, Bucks., using a 14-inch Meade SCT at ƒ/3.3 and Meade DSI Pro III camera. Orientation is the same as in Grant’s image, with north up and east to the left. The total exposure was 66 minutes, through Astronomik filters (6×5.5min OIII, 3×5.5min Hα, 3×5.5min CLS). 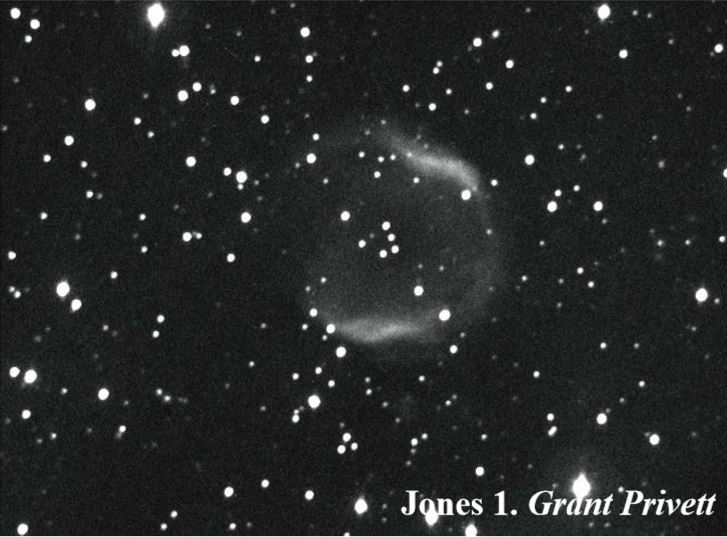 In addition to the two images of Jones 1 shown here, images have been sent to the Section by David Finnigan and Bob Garner. There is also a stunning image from Peter Goodhew on the BAA Gallery web pages, here. Peter’s image is a 14-hour integration through several filters, taken from his remotely operated observatory in Spain.

It is interesting to compare the images shown here with what is seen visually. I observed Jones 1 in a 20-inch telescope from a magnitude +6.5 site in Portugal and was surprised by what an easy target it was. A few weeks later I made several attempts to observe it in a 14-inch telescope from the UK, under typical magnitude +5.0 to +5.5 skies, and failed to see anything at all. In the 20-inch with an OIII filter the view was remarkably similar to the two images shown here. In places the nebulosity appeared slightly brighter, especially that part of the ring to the north-east (the 10 o’clock position in these images). Replacing the OIII filter with a UHC filter increased the brightness in this area even further, while leaving the rest of the nebula largely unchanged. Observing without a filter showed just what a boon these accessories are to the visual observer, with only the brighter southerly arc obvious, although there were hints of other faint patches of nebulosity with averted vision.

If we have transparent moonless skies in the autumn when Pegasus is riding high, do put Jones 1 on your observing list. It may be a challenging object in small telescopes, but it would be good to get more observations in the Section archives.