In February this year the BAA Commission for Dark Skies (CfDS) ran its annual prize draw at Astrofest, and at two other venues. The prize was a Meade Lightbridge Dobsonian telescope, and the winner lives conveniently not far from one of the organisers: the team had been slightly concerned when one  ticket holder mentioned that he came from Norway. 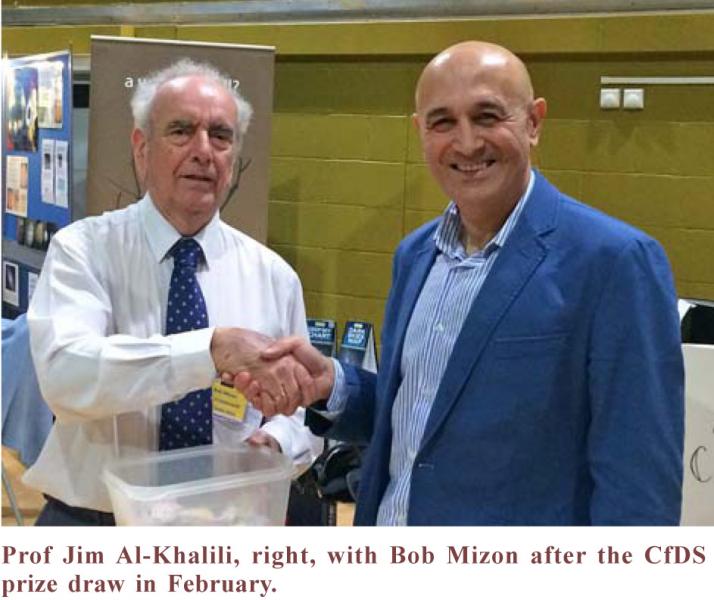 The winning ticket was drawn by Professor Jim Al-Khalili, physicist, broadcaster and author, who is a long-time supporter of the CfDS. The draw took place at the University of Surrey’s Stargazing Live event on February 12. In spite of varying weather, several hundred people came to this event and indoor stands were kept very busy, as were the astronomers outside. The large turnout reflected a trend increasingly seen at public events which I have attended. The South Downs National Park’s Stargazing event at Midhurst on February 10 attracted hundreds – on a rainy evening. A public astronomy event at Guildford Cathedral on January 20 took place with mist and rain outside, and more than 600 came through the doors. The Wessex Astronomical Society’s public events at Durlston Country Park near Swanage bring in increasingly large numbers of enthusiastic adults and children, even when there is not a star to be seen.

This upsurge in interest owes its origin perhaps to increasing media coverage of astronomy, the celebrity status of certain presenters and the constant procession of fascinating space news items: the Rosetta mission, the plunge into Saturn of Cassini, the passage through the solar system of the asteroid ’Oumuamua…

It is to be hoped that this trend will lead to the urban public realising what they are missing because of unregulated light pollution. Every single person in the UK has grown up surrounded by poor quality lighting, and most consider it normal. The more we publicise the fact that the night sky could be so much more accessible if administrative and legal action is taken, the sooner interested people will realise that they can help regain the stars by approaching their MPs and councillors and insisting that the nonsense of light pollution be addressed.