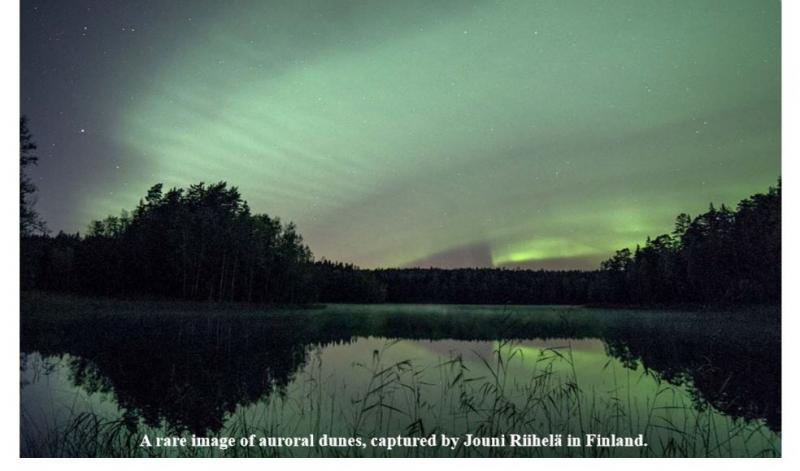 Although the Sun is now at minimum, there have been some coronal holes so several aurora sightings have been made. Noctilucent cloud (NLC) has come to an end in the southern hemisphere and its intensity and length bodes well for our coming season in the north.

The AIM satellite first detected noctilucent clouds over Antarctica on Nov 15 – the earliest sighting in recorded history. After this, they grew in coverage and intensity to be fully circular to 75°S, with large patches of cloud to 60°S. This brought the display into visual range of southern Chile, southern Argentina, the Falkland Islands and the South Island of New Zealand. The satellite also indicated a steady anticlockwise rotation, with a period of about five days (although initially it was a lot faster).

The clouds began to subside in early February, and on 2020 Feb 25 AIM showed no NLC, bringing what is probably the longest Antarctic season to an end.

Those of you who are stuck in light-polluted areas or out of range of the aurora can visit the webcam operated by the Shetland tourist board, which will give a good view of any aurora or NLC if it is clear. 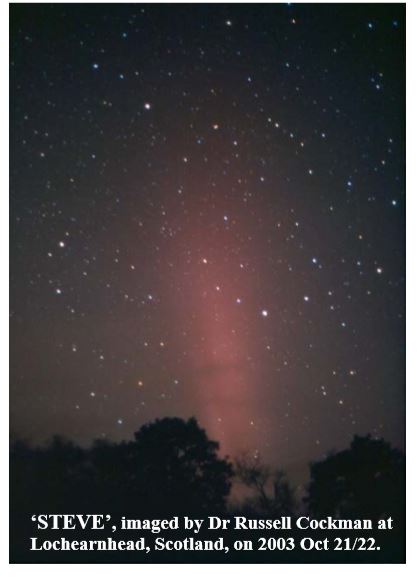 After Dr Jeremy Shears’ excellent article in the last Journal (‘Did David see STEVE in Birmingham in 1905?’, 130(1), p.11), I received some photos taken on 2003 Oct 21/22 from Scotland by Dr Russell Cockman, which definitely show the auororal ‘beam’ phenomenon known as STEVE. This was just before sunspot 486 started sending aurorae galore towards Earth and it was a very active time for the Sun.

These are the earliest photos I have seen of STEVE in the European area, so if anybody else has seen it at an earlier date, please get in touch.

A ‘new’ auroral phenomenon, referred to as ‘dunes’, is being looked at by several scientists including Dr Maxime Grandin from Finland. If anyone has any photos of dunes she would be very interested. They look like a set of fingers, equally spaced above the green arc (see image shown here).

Maxime, a postdoctoral researcher at the University of Helsinki, can be contacted by email. Good hunting!