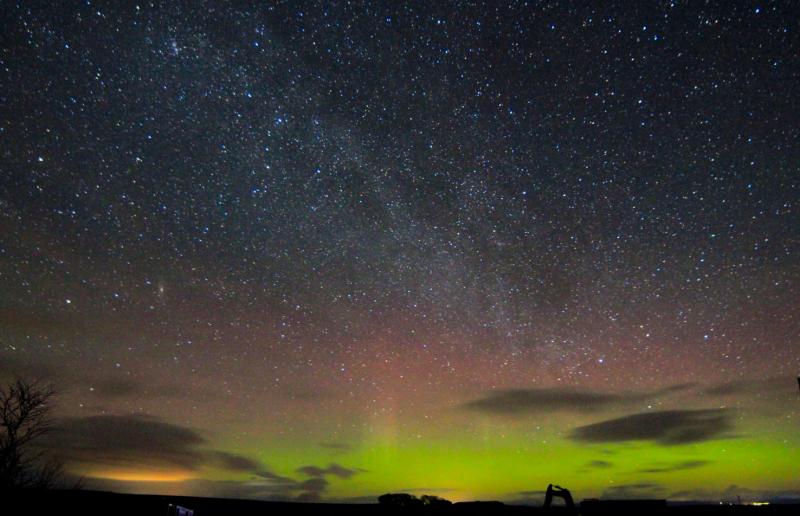 Most of the aurora sightings in this report are from Scotland, with the majority caused by coronal holes. There was one G1 storm in December, but no sightings. This was followed by two G1 storms in January, leading to five sightings. The first sighting was made on Jan 5/6, by Ronan Newman from Galway, Ireland. The next were made in Scotland on Jan 31/32, by Denis Buczynski from Tarbatness, myself from Glenbarry, Alan Tough from Duffus Castle and Ken Kennedy from Dundee.

There were two G1 storms in February and four sightings. The first was on Feb 2/3, by Denis Buczynski from Tarbatness. Denis saw it again on Feb 4/5 (see image) and so did I from Glenbarry. Denis made another sighting from Tarbatness on Feb 7/8.

The polar daises (maps of noctilucent cloud activity) lost the last of NLC on Feb 21, bringing an end to the southern season. It looked quite intense, so I am hoping for a similar season when the northern one starts in late May.

For those of you who are stuck in light polluted areas – or out of range of the aurora – there is a webcam operated by the Shetland tourist board (www.shetlandwebcams.com/cliff-cam-3) which looks north and, if there is no cloud, it will give a good view of any aurora or NLC (and you can listen to the waves and sea birds).