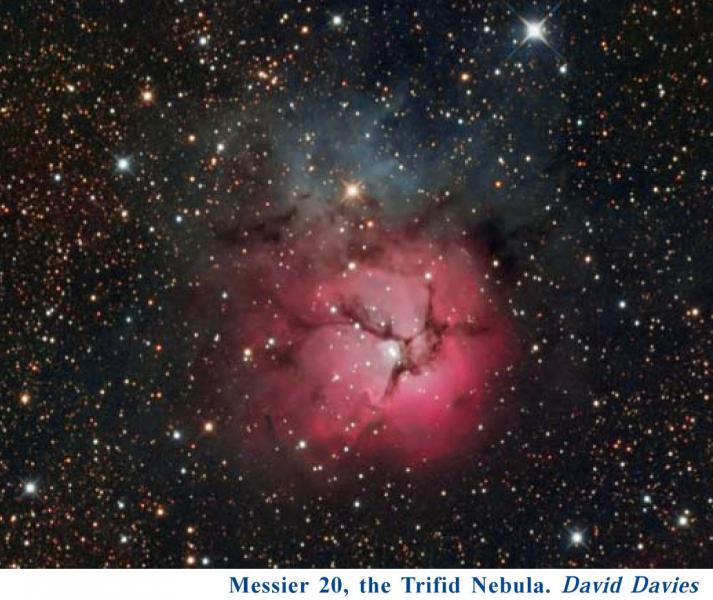 2017 is the 200th anniversary of the death of Charles Messier, whose catalogue of nebulous patches which are not comets is a defining list of target objects for the deep sky observer.

Many will have observed most if not all of the Messier objects, though a few are difficult if not impossible from the UK. So even for experienced observers, 2017 would be a good year to try to capture all the Messier objects. You could try this as a ‘marathon’, attempting to observe all the objects in one night, or take a more leisurely approach.

Around the spring equinox in March is the ideal time to try a marathon – aside from those that are too far south, most of the objects can be observed in one night at that time. This year New Moon will be on March 28 so not far off the equinox and a good time to give it a try.

To be successful you need to plan carefully. There are a number of lists that you can use which will give the best order in which to observe. You need to be sure to get the objects that are setting at sunset first, and then stay the course through the night to tackle the last few as they rise in the morning. Objects to sweep up early include the galaxies M74, M77, M33, then M31 and its two companions M32 and M110. At the other end of the night, globular clusters dominate, with M75, M72, M2 and M30, and the slightly dubious object that is M73 (which is really just an asterism of four stars). M30 is a big challenge at this time of year, and may elude. Good Eastern and Western horizons will be a big help.

The biggest challenge is to complete the marathon visually without electronic assistance. However even those with a GoTo telescope may not find it easy – remember spare battery packs if you are away from mains electricity.  It would also be a different challenge to image all the Messier objects in one night. Short exposures would be needed – so the images would just be simple records and not the height of the astrophotographic art.

For those that want to take a more leisurely approach, a target to observe all the Messier objects in 2017 should be achievable, though you may need to travel south to catch the final few. It would be an interesting project to visually observe or even image them all. Imaging is a bit more of an equipment challenge due to the wide range of object sizes involved, from the large apparent diameter, low surface-brightness galaxies like M101 and M33, to the small planetary nebulae, like M76 (the Little Dumbbell).

There are many resources to help observe the Messier objects, including the BAA Messier Catalogue, and many other books. If you are starting out in astronomy and want to learn star-hopping and how to find your way about the sky, I particularly like the book ‘Star-Hopping’ by Robert Garfinkle – which also has a chapter on the Messier Marathon. For online resources, I find the SEDS site invaluable – http://messier.seds.org. SEDS also has a specific page for 2017 Marathon ‘runners’, and the ability to submit reports.

Results and reports of observations and projects are always appreciated by the Deep Sky Section – so please do send them in.