Down in the autumn murk 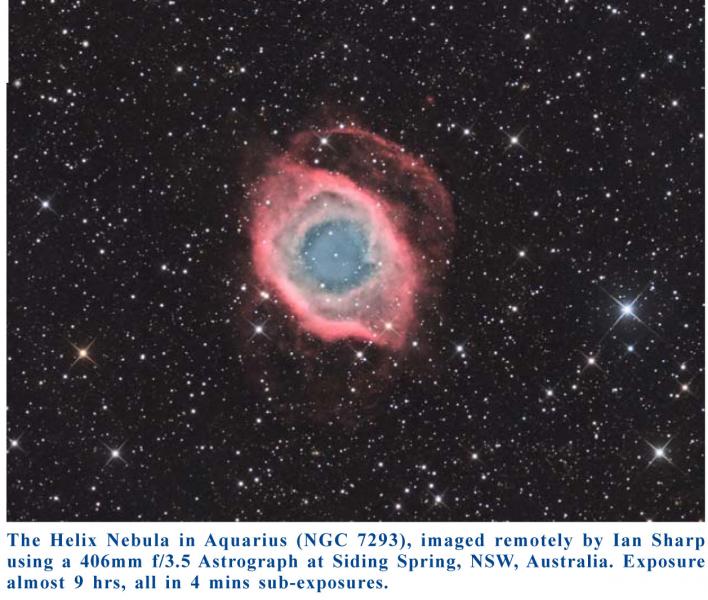 Many constellations don’t rise very high above the southern horizon in the UK, and in the autumn months Aquarius is one of these. Many stand-out deep sky objects are to be found here, and while the Helix nebula is a favourite, some of the others are rather under-observed, perhaps due to the low altitude and the perceived need for a good clear horizon without light pollution. However many of these objects will be in reach of most visual observers and not too hard for imagers.
The area is a good hunting ground for globular clusters – with M2 being the most northerly, just below the celestial equator. It’s a fairly compact condensed cluster of class II. At around magnitude 6.5 and 16 arcminutes diameter it is pretty easy for observing.
At the west end of the constellation is to be found M72 – another nice globular – but somewhat more challenging at mag 9.3 and 6.6 arcmin diameter.
While observing M72 also look out for the curiosity that is M73. It is a little to the east of M72 and comprises nothing more than three or four 10th magnitude stars. Although not a great deal of research has 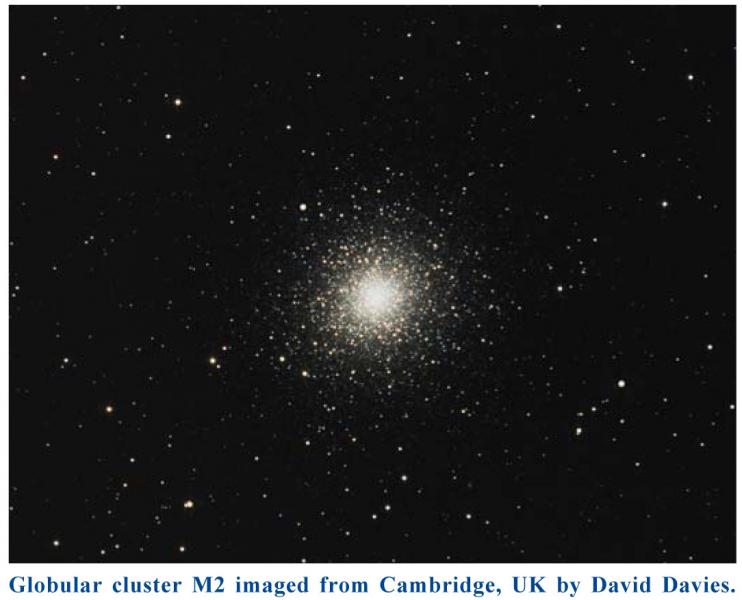 been done on this ‘open cluster’, that which has been done has not come to any real conclusion about it. Analyses of distance, proper motion and colour give no definitive answers, even though some of the stars may be fairly close (in the region of 100–400 light years). Better data is needed and perhaps the surveys from the Gaia satellite may be able to shed some light.
Also in the vicinity of M72/M73 is the planetary nebula NGC 7009, also known as the Saturn Nebula – it has an oval appearance with the hint of ‘ears’ making it look a bit like Saturn through a small telescope. At magnitude 8 and 1.6 by 4 arcminute size, it should not be too hard to find with even a small scope.
At the eastern side of Aq 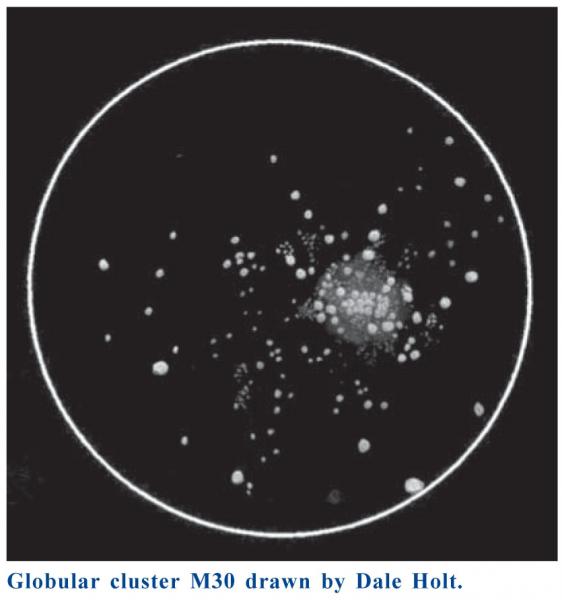 uarius is to be found the third globular cluster of the constellation, NGC 7492. At first sight this might look like an open cluster, as it is a class XII globular, the loosest without a central condensation at all. Measurements, though, show this to be a true globular with a distance around 84,000 light years. Being fairly faint at around mag 11 it will be a bit of a challenge for the visual observer.
The most southerly of the objects is also the most spectacular – the planetary nebula NGC 7293, the Helix Nebula. It should be fairly easy for visual observing, but even though it’s comparatively bright at mag 7 its light is spread across 16 arcminutes (about half the diameter of the full Moon). Its distance is a little uncertain, but could be around 450 light years. The central star is mag 13 and a challenging object for the visual observer, requiring a large telescope.
And if viewing the Helix, why not just traverse west into Capricornus and find M30, another globular cluster. Concentration class is V so it has a nice core and distribution of stars around. At mag 7 and 12 arcminute diameter it should be fairly easy for visual observation even with small telescopes.
Observations by members are always appreciated – please email to deepsky@britastro.org.