Four comets on display at the 2017 BAA Winchester Weekend 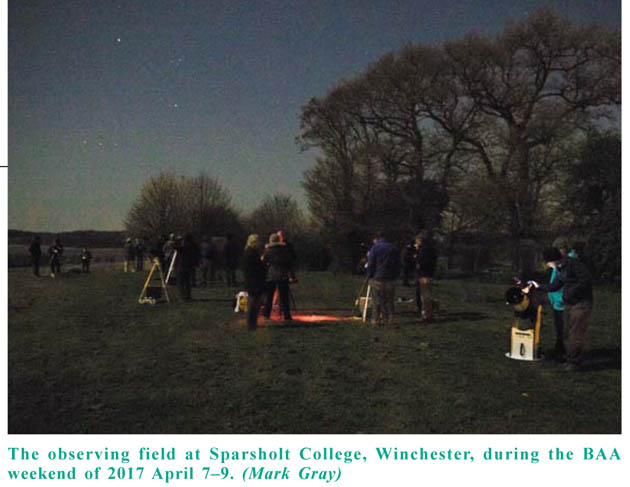 For a few weeks in early April this year, four reasonably bright comets were visible from the UK (see front cover). These were 41P/Tuttle-Giacobini-Kresak, C/2015 V2 (Johnson), C/2017 E4 (Lovejoy) and C/2015 ER61 (PANSTARRS). I managed to image all four of these comets in one night during the Association’s Winchester weekend. The first two had been predicted well in advance and were the subject of a BAA Observer’s Challenge (https://www.britastro.org/node/9459). The others were rather more of a surprise.

41P/Tuttle-Giacobini-Kresak is a periodic comet with a current orbital period of 5.4 years and a perihelion distance of 1.05 au. It was discovered from Harvard by Horace Tuttle in 1858 May and then lost. It was again recorded by Michel Giacobini (Nice) in 1907 June, but the connection with the 1858 comet was not recognised until 1928 when Crommelin linked the two and provided predictions for future passes. Finally in 1951 April Lubos Kresák at Skalnaté Pleso (Slovakia) recovered it and the orbit became secure.

This year’s passage was a particularly good one, especially for those of us in the UK…