From the BAA Archives

Percy Braybrooke Molesworth (1867 April 2 – 1908 December 25) was a major in the Corps of Royal Engineers. Born in Columbo, in what is now known as Sri Lanka, he was a founder member of the BAA, and became known as a gifted, tremendously assiduous, and hard-working observer. He retired in 1906 to his estate at Trincomalee in Sri Lanka, intending to pursue astronomy full-time, but died two years later of dysentery. As mentioned in my ‘From the Journal Archives’ piece (p.284 of this issue), Richard McKim wrote a paper that gives a lot more detail. 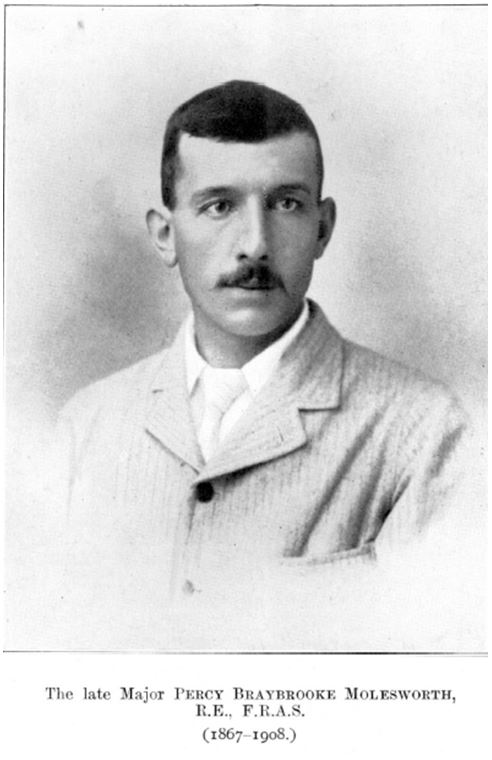 In the BAA Mars Memoir published in 1910 we have a rare good picture of Molesworth, shown here. It was the frontispiece.

I also show here part of the same Memoir, by the then Director, E. M. Antoniadi. The BAA has a number of his observational logbooks, and it is difficult to convey in this short piece the amazing quality of his work. He produced hundreds of postcard-sized observations of Jupiter and Mars, as well as detailed journal records; we have a wonderful journal he kept about the Moon. 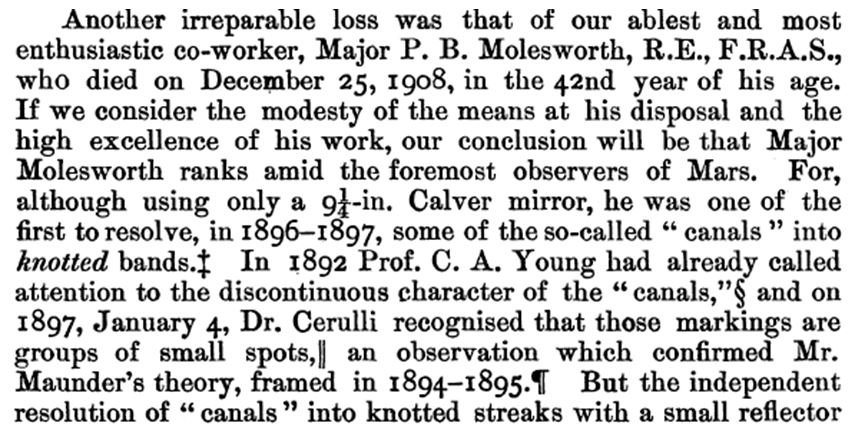 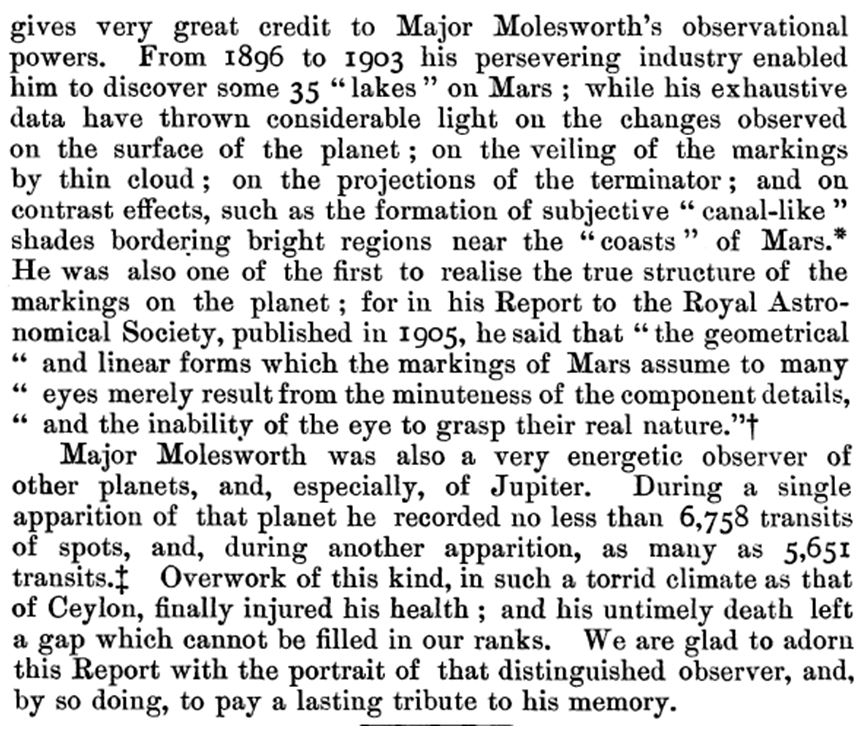 I show (below) part of our collection, which includes some of the ‘postcards’ of Jupiter and one of his logbooks. 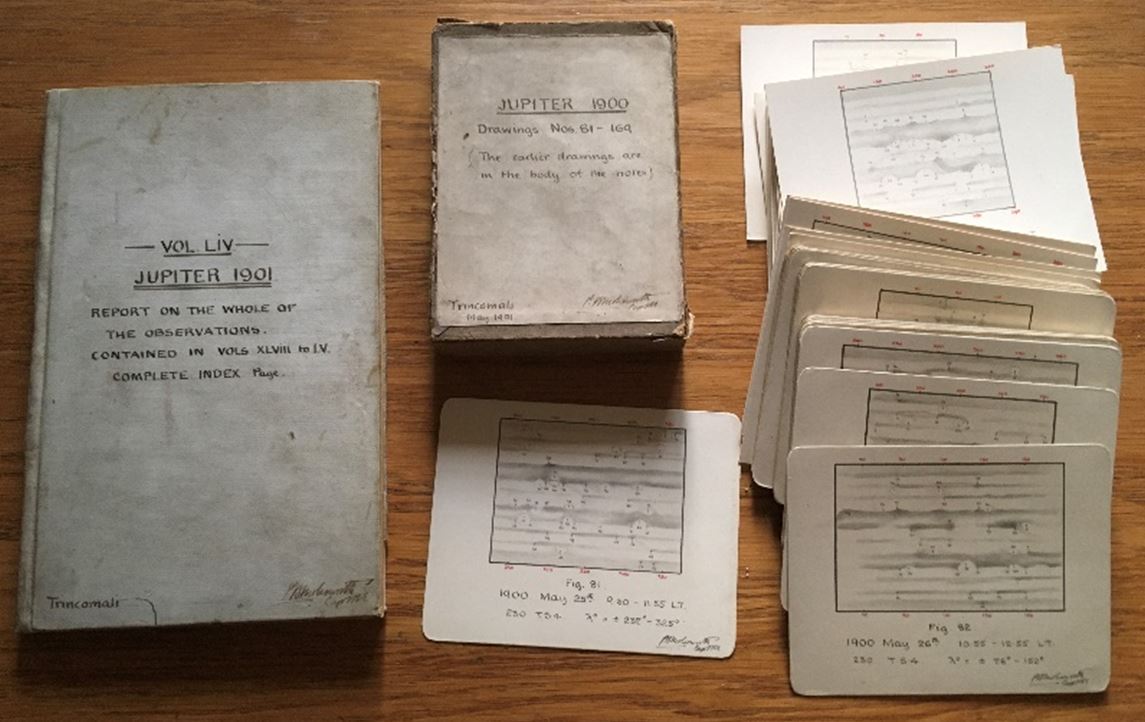 We have a drawing of Jupiter dated 1901 Feb 28 which is his first observation of the South Tropical Disturbance; this lasted for nearly forty years and he is credited with its discovery. 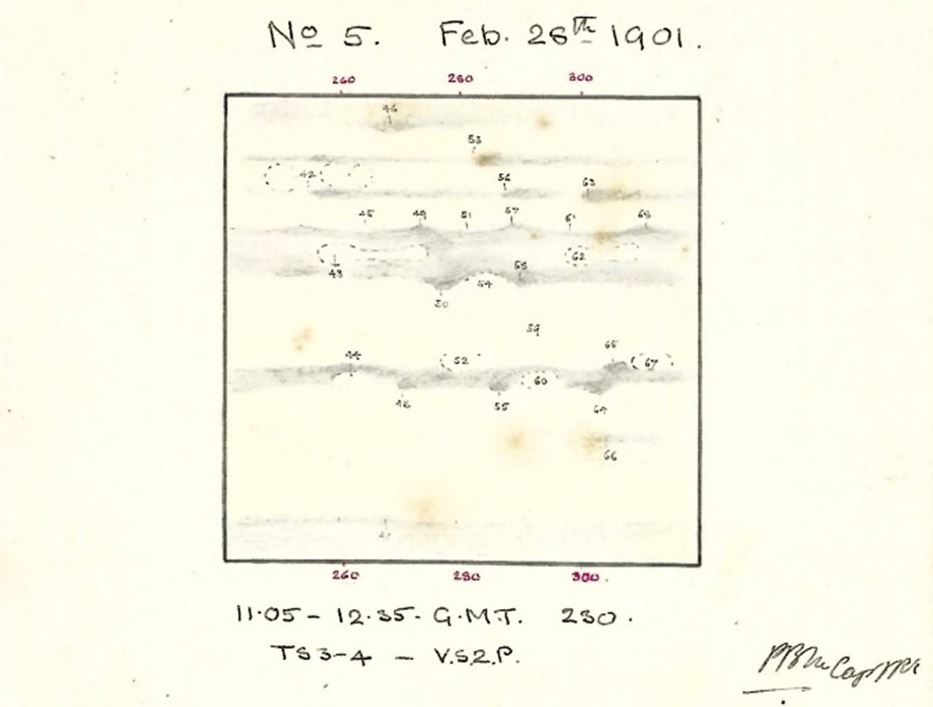 We also have the journal in which he records, in detail, the actual observation, but there is not enough room to show that here.

I hope to return to this remarkable observer and some of the items of his that we have in the Archive.