From the Journal archive

This year the BAA has been highlighting the role of its women members. Many of us know that the BAA was formed in 1890 October, some 130 years ago, with one of the principal founders being E. W. Maunder, the first President. What is probably not so well known is that there were several prominent women members from the outset. Indeed one, Elizabeth Brown, was the first Solar Section Director (1890–’99) and an enthusiastic supporter of the founding of the BAA. This is borne out by a short piece (below) which shows the first two paragraphs of the BAA publication The first fifty years, which can be purchased as a book or digitally as one of the Memoir DVDs. 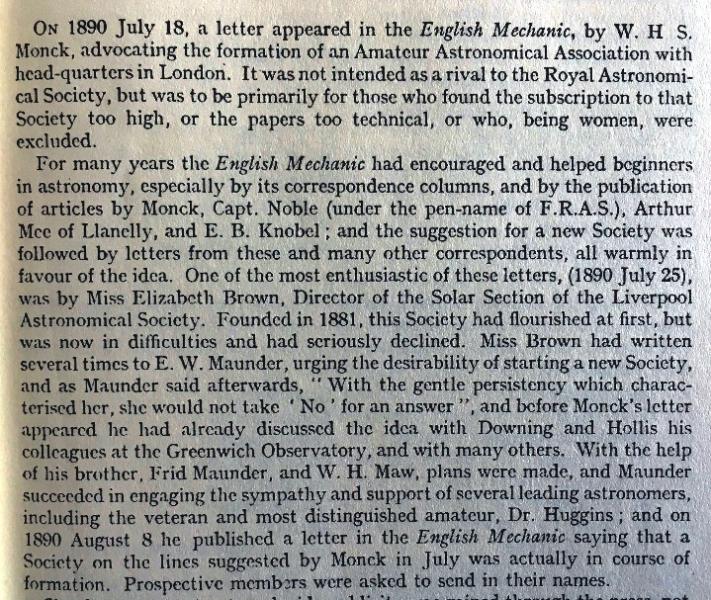 Other women on that first Council were Margaret Huggins (wife of Vice-President William Huggins) and Agnes M. Clerke. The latter wrote several books, and in the first Journal of 1890 October wrote a long paper entitled ‘The rotation periods of Mercury and Venus’. Her concluding paragraph is shown here: 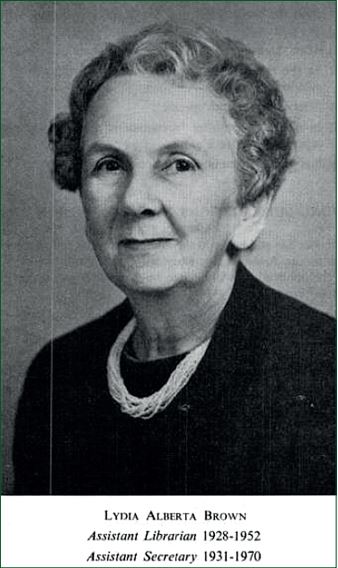 Another important woman in the BAA was Lydia Alberta Brown (right). She was Assistant Librarian and Secretary for an astonishing total of 42 years from 1928 to 1970, holding both positions for 21 years. Indeed, as Martin Mobberley says in his book Return to the far side of Planet Moore: ‘Such had been Lydia Brown’s contribution to the BAA that her home at 303, Bath Road, Hounslow was the BAA’s registered office for decades. On more than one occasion Patrick (Moore) pronounced at meetings that ‘Miss Brown is the BAA!’’ In commemoration of her, the BAA issues the Lydia Brown Medal and Gift for meritorious service to the Association. Lydia Brown’s picture (shown right) was in the August 1970 Journal Issue.

Mary Brück was a noted Irish astronomer and historian of science who wrote a book about Agnes Clerke, entitled Agnes Mary Clerke and the rise of astrophysics. Although Brück was not a member of the BAA, the 1995 August issue has a paper by her entitled ‘Can the Great Pyramid be astronomically dated?’. It is worth finding this to read, either in your Journal collection or on the website. I show here (below) a diagram of the Great Pyramid and Mary’s concluding paragraphs. 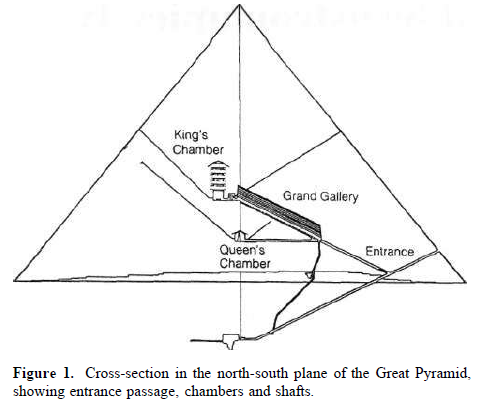