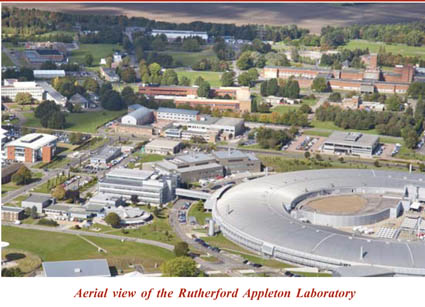 By the time you read this, October and autumn will be thoroughly upon us, and probably the best said about the UK’s so-called ‘summer’ this year is a dignified silence. Skies have been depressingly grey and miserable, though at least we can console ourselves that if it weren’t for the abundant rain, our lovely country would not be so lush and green for us all to enjoy.
Two big weekend meetings from the BAA have enlivened the gloom – in fact as it happened, both the Exhibition in Cardiff on June 27 and the autumn weekend at the Rutherford Appleton Laboratory on September 4-6 were blessed with bright and breezy skies. As always, the bi-annual Exhibition, held this year at the prestigious St David’s Hall in the centre of Cardiff, brought together a superb collection of displays of the work of the Association’s observing Sections. A series of talks by Section Directors and colleagues introduced their work throughout the day, which was rounded off by a fine presentation from Prof Haley Gomez, a prizewinning researcher at Cardiff University, describing her fascination with ‘The cycle of cosmic dust’.
Our weekend at the Rutherford Appleton Laboratory, based at what is now the Harwell Campus of Oxford University, was appropriately titled ‘Astronomy in Space’. Six powerful professional speakers, several of whom lead research teams based at the RAL itself, gave talks on the latest results and theories from data collected by spacecraft exploring cosmology, astrophysics and the Sun. On Sunday morning more than 70 attendees took a guided tour of the vast new headquarters building for RAL Space, which carries out much of the UK’s space research and technology development.
Our thanks are due to everyone involved in the organisation of this highly successful weekend, in particular Hazel Collett,  Ann Davies, David Boyd and the members of Newbury Astronomical Society,  and of course not forgetting Maddy Davey patiently fielding queries and taking bookings in the BAA Office.

A new era for BAA governance
Page 312 of this Journal carries a report of the Special General Meeting of May 27 this year, when the members overwhelmingly ratified the new Governing Document of the Association, which comes into full effect at the AGM on Wednesday October 28. (The major changes involved are summarised on page 67 of the April Journal, also online at www.britastro.org/govdoc_summary.) If you have not yet returned your ballot paper for the new Board of Trustees and Council, please do so now – you have until October 16 to get it to the BAA office, and every vote will count. The members of your new Board of Trustees will have important responsibilities for the BAA’s good management, so it is vital that they know they have the support of as many Association members as possible.
Also at the AGM, or more precisely at the Ordinary Meeting which follows it, I am delighted to announce that Jupiter Section Director Dr John Rogers has agreed to give a talk on the results of the New Horizons mission to Pluto & Charon. What a truly remarkable achievement this has been! Immediately following the fly-by in the summer the popular press and other media carried the first dramatic photos released by NASA, but since then a wealth of additional information has been received, and John will bring us up to date on the latest knowledge and speculations in what should be a fascinating presentation.

Time to welcome your new President
The AGM on October 28 marks the end of my term as President. I would like to express my thanks to all those who have helped me along the way with practical assistance, good ideas and above all your thoughtful and lively support and encouragement. This Association is nothing without its members and without every one of you, nothing would be possible. My successor, Dr Jeremy Shears, has a formidable reputation as a manager, researcher, and most of all as an observer: I can think of no-one who is more suitable to carry the BAA forward into the middle of our second century.