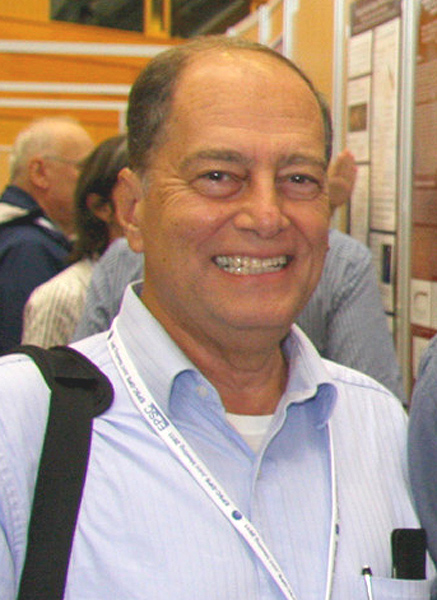 It was with great sadness that I learned of the passing of long-time BAA member, friend and fellow observer, George Faillace.

George, who was born in Colombia, was educated in New England from 1947, first attending boarding school before gaining his bachelor’s degree in civil engineering at MIT in 1958. After returning to his home town of Barranquilla he became restless and in 1962 decided to follow his interests, embarking upon an MSc in soil mechanics at the University of Birmingham. It was here he met his wife-to-be, Barbara, a modern languages student at the University. Following graduation, George became a consultant for a San Francisco-based company, working out of their offices both there and in Chicago. He helped set up their Madrid office, where his native Spanish was vital to this new venture.

By the early 1970s George was again getting restless, and with a wife and three children to support, he embarked upon an MBA at Northwestern University’s Kellogg School of Management whilst gaining some income from teaching at the University of Illinois and helping Barbara return to her career in teaching. In 1976 George was hired as a senior manager at the Washington-based World Bank, utilising his skills in engineering and finance while travelling and working through Central and South America and West Africa.

Taking early retirement from the bank in 1992, George and Barbara returned to the UK and he took up a consultancy role for the European Bank for Reconstruction & Development. Retiring from the EBRD in 2007 allowed George time to rekindle his childhood enthusiasm for mathematics and astronomy through courses at the Open University, gaining a degree in astronomy in 2012. He was also now able to follow his other love, that of sailing the Mediterranean with a past colleague from the World Bank.

George joined the BAA in 2003 and quickly teamed up with Richard Miles. Richard recalls: ‘Few people are as inquisitive and interested in trying to understand the nature of things and how they work as George was. He, for instance, decided to widen his knowledge of civil engineering by taking an MSc in soil mechanics and it was that formal qualification that led to the start of our friendship in 2008, as we embarked on trying to apply some of what George knew to the mechanics of comet nuclei and the possibility that beneath a thin crust, liquids wetted the dusty matrix in places. This collaboration eventually led to our jointly authoring a paper in the solar system journal Icarus, entitled ‘On liquid phases in cometary nuclei’, published in 2012.’

It was through the Open University that I first met George in 2010 when we, the Altair Group, worked on a project observing the binary TW CrB using the University’s robotic telescope in Majorca. Working through those long nights I found another side to George, his dry sense of humour apparent as we reflected on the state of our world. We continued to work closely together, investigating the possibility of exoplanets orbiting nearby eclipsing binary stars until his sudden death earlier this year. During his BAA membership, George co-authored some fourteen papers. Many were published in the BAA Journal, with others in Astronomy & Astrophysics and the Astronomical Journal.

In parallel with his strong desire to understand the physics of astronomy, George had a passion for observing. Both he and Richard Miles had a foray into setting up a robotic telescope in La Palma. Although this did not materialise, he was successful in building observatories at his Oxfordshire home. I have lasting memories of George leaving Burlington House after a BAA meeting, strolling through Mayfair on a sunny afternoon to the Lansdowne Club where he was a member, and reflecting on life over dinner aided with a bottle of Nuits-Saint-Georges.

George, who died peacefully on 2020 March 19 aged 83, was the loving husband of Barbara, beloved father of Richard, Mimi and Daniel and devoted grandfather to Felix, Sabrina, Isabella and Ruby.