Into the Zooniverse: An interview with Prof Chris Lintott 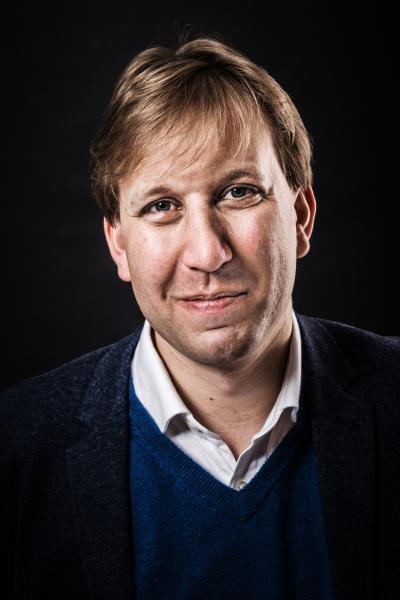 From exoplanet detections to images of the early Universe, an overwhelming flood of astronomical data since the mid-2000s has produced fertile ground for a new type of professional–amateur collaboration: citizen science.

Astrophysicist, author and BBC The Sky at Night presenter Prof Chris Lintott (a BAA member from a young age) co-founded a crowdsourced online project in 2007, through which anyone could have a go at classifying galaxies. ‘Galaxy Zoo’ has since expanded to add exoplanetary, meteorological and even penguin-counting data to the initial galactic menagerie. Together, such projects form the ‘Zooniverse’, which is explored by an online community of over a million users worldwide. Enthusiastically sifting through the data, these citizen scientists regularly make discoveries and contribute to research papers.

Prof Lintott spoke to the Journal about the Zooniverse and pro-am collaboration.

JBAA: Citizen science has been buoyed in recent years by the ability of humans to interpret data in ways that computers cannot. With such data being handled by ever-more-sophisticated programs however, do you see as many opportunities for citizen science in the future as there are today?

CL: Yes I think so, because we are also getting better at gathering data. I have been doing this for twelve years now and I have always had people saying ‘in a couple of years, machines will take over’. However, what seems to be happening is that while the proportion of data that you can easily sort by machine is growing, so are the sizes of the datasets, and so the amount of stuff that we need to look at seems to be roughly constant.

Modern machine learning depends almost entirely on the quality of your training data, so large training datasets are needed. Astronomy doesn’t have ‘big’ data in that sense. Think about looking at gravitational lenses with LSST – this is amazing (giving us a few thousand new strong gravitational lenses), but we still won’t have a training set comparable to Facebook’s labelling of hundreds and thousands of faces so they can learn to recognise your friends. So, machine learning is never going to get you to one hundred per cent.

I think the value is in the combination of human and machine – machines do the boring stuff, humans look at the interesting stuff. Hopefully that’s a win for both sides.

Galaxy Zoo started very much as a practical tool… We needed the galaxies classified! It has a lot of cultural value as well now. Is that something you think about – something that needs preserving?

Yes. On a bad day I think of us as fighting machines to keep open a space, because I know that the participants of Galaxy Zoo really value that chance to do real science.

I grew up in the BAA; partly because I wanted to contribute to science. I sent my meteor reports in – somewhere there are terrible sketches of Saturn, made with a six-inch reflector – and it was that sense of trying to do something real that got me. I think Galaxy Zoo keeps that open and there is a need for this, so there is a route into the astronomical data that is meaningful, authentic and real.

I also think we do better science. Because we collaborate with the public, many of whom are very knowledgeable, we have our focus shifted towards the weird, exceptional objects – from Boyajian’s Star to [Hanny’s] Voørwerp. I think that’s good for us; in an age where a lot of astronomy is now done by database query, it is important that we are still doing the ‘there is a weird thing here – what is it?’ type of science. That is why we build new observatories.

What are the limits of what you can ask the public to do?

Well, I am not sure we have found them yet, as long as there is a scientific goal. I mentioned the Gravity Spy project in my [National Astronomy Meeting] talk, where people are looking through noise from the LIGO detector.

One limit that I want to get rid of is that the scientific literature is a barrier to a lot of people – journal articles are mostly badly written (with due respect to my colleagues), or at least written in a very dense language. It is a skill to realise that you don’t need to understand every sentence to get something from the paper. Look at the pictures, read the conclusion, that sort of thing. I would like to see us doing more with that.

I would like to see amateur astronomers publishing more in places where the professionals are going to find it. The BAA Journal does this very well and in the Research Notes that we have been publishing with the American Astronomical Society, we have had amateur astronomers saying, for example, ‘I looked up this set of stars in the GAIA database and they have these distances, so that really is a cluster I have been imaging’. I think there are some really interesting things happening there.

Do you feel that the necessary forums are there for professionals and amateurs to collaborate and communicate, or is there more to be done to facilitate that?

It is tricky, partly because there is a disconnect in language – not always, but often. ‘I found a weird blob’ is not a normal e-mail for a professional astronomer to find in their inbox. So, I think there is a language gap which we can work on.

There is also a time issue, I think. Collaboration with amateur astronomers really is rewarding, exciting and interesting but the two groups operate sometimes on different timescales. Astronomers are teaching, fighting for funding etc., and I think if it is your hobby and your love then you want an answer right now – I don’t think we have quite cracked that yet. Suggestions welcome!

The story of the Zooniverse is charted in Prof Lintott’s new book The crowd and the cosmos: Adventures in the Zooniverse (ISBN: 978-019- 884222-4), published by Oxford University Press and reviewed here.