John Brashear and the BAA 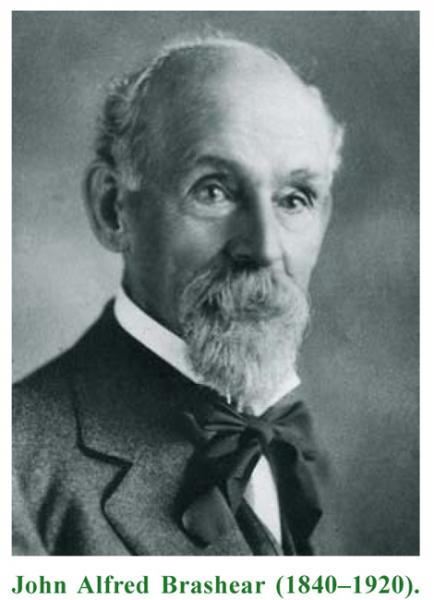 The British Astronomical Association was founded in 1890, officially on October 1, though it was not until the first General Meeting on October 24 that the name was finally established and the first Council elected. Among those who joined before the end of that year – the Original Members – was the instrument maker John A. Brashear, of Pittsburgh, Pennsylvania.
In 1888 Brashear had toured the British Isles and Europe. He seems to have been particularly impressed with British amateur astronomers, and immediately he joined the Association he presented a diffraction grating prepared at his own works and ruled on the engine designed by Henry A. Rowland, professor of physics at Johns Hopkins University, Baltimore. Brashear prepared the plates for these gratings, which were made of speculum metal (an alloy of copper and tin) because much finer lines could be produced than could be engraved on glass. (continued…)