Join the team at the CfDS 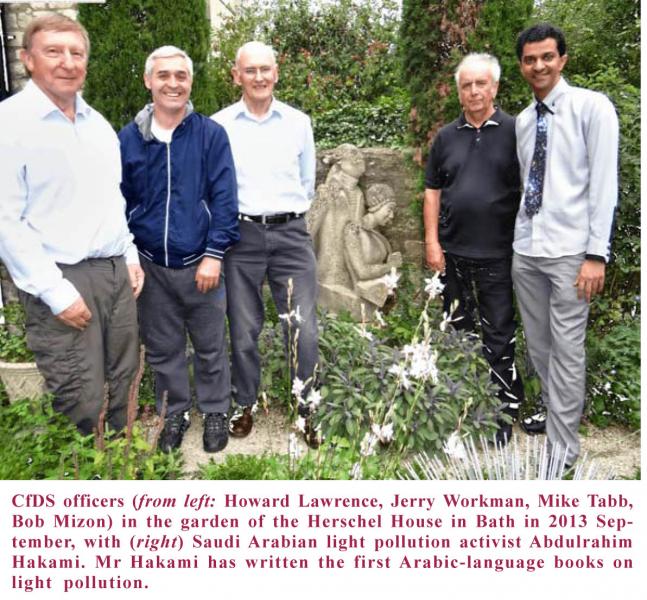 For countless thousands of years, on every clear night, human beings have been able to behold the spectacle of the starry heavens, spangled with thousands of sparkling jewels and traversed by the luminous stream of the Milky Way. Nature’s grandest free show has spurred us to consider our place in the great scheme, has given rise to many themes and aspects of our cultures and religions, and has inspired both artistic achievement and scientific endeavour.

The unspoiled starry sky is, unofficially but undeniably, both a site of special scientific interest and an area of outstanding natural beauty. Ever since astronomers realised that ill-directed artificial light was quietly stealing it away from most people in the developed world, campaigners in many countries have been working for star-quality lighting that illuminates where needed, and does not cast its emissions where they are not wanted – especially into the night sky, the only part of our environment with no protection in law.

Since 1989 a relatively small number of individuals in the UK have sparked public awareness of the problem of wasted light, created a sea-change in the minds of lighting designers and helped to channel formerly dismissive Government attitudes into positive directions. The BAA Campaign for Dark Skies is now seeking new local officers to join its ‘tribe’ of activists throughout the UK, and new committee members to contribute to steering its efforts towards better night skies in the future.

What do CfDS local officers do? We all have different amounts of time and energy to devote to the task, and a few examples of recent activities of some officers will give a flavour of what is involved.
Gerard Gilligan, in Merseyside, has been instrumental in assuring good lighting at a local high school, and in presenting the CfDS Good Lighting Award for good practice. John Rowlands (Anglesey) has worked with local councillors to create sensitive lighting in a nature reserve. John Prockter has collaborated in a dark-sky survey of North Norfolk, and Robert Townsend (Hertfordshire) is working to firm up the local council’s definition of light pollution to ensure more positive action. Bill Eaves (North Highland) continues efficiently to moderate the CfDS e-mail forum. This would be an unacceptably long article if the whole range of activities undertaken by dedicated volunteers was to be included.

How about the CfDS committee? What do its members do? The nine-strong committee meets two or three times a year to assess progress and determine policy, especially where the Government and lighting industry are concerned. Typical examples plucked from the latest agenda are: liaison with Areas of Outstanding Natural Beauty; collecting statistics on lighting and crime; organising and hosting an international conference on lighting and health; and ensuring the presence of the CfDS at various national astronomy events such as Astrofest.

If any BAA member would like to help the campaign as an officer or committee member, or would be able to support its efforts at a lower level of commitment, please contact the author at the address below.