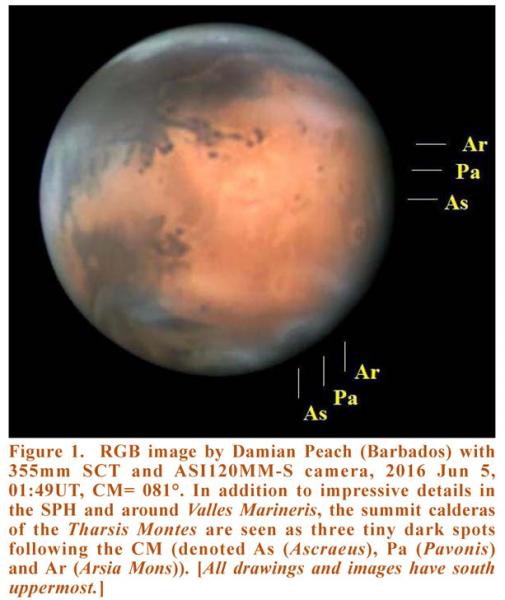 We received many superb images, including some by Damian Peach during another of his trips to Barbados, and we reproduce one near-opposition view (Figure 1). The Director made 106 drawings with his 410mm Dall-Kirkham, and examples are given in Figure 2 to show seasonal change in the polar regions, and other features. North polar frontal systems were seen on some occasions in the form of thin E-W bands of white cloud. For example, the writer saw one on Jun 27, and another was imaged on Jul 3 by Clyde Foster.