Meeting of the Historical Section 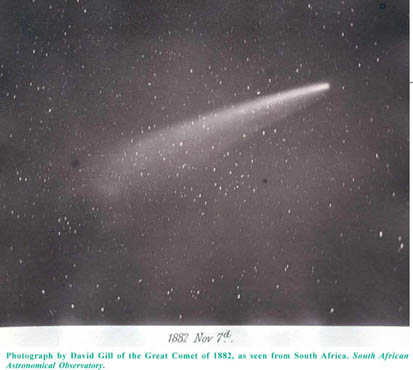 The 2013 meeting of the Historical Section was held at Sparsholt College near Winchester on Saturday afternoon during the 2013 BAA Winchester Weekend. With over 100 people in attendance, this was an exceptionally well-supported Weekend and most participants also attended the Historical Section meeting. In his welcome and introduction, Section Director Mike Frost noted that this was a fine opportunity to showcase the Section to a wider audience, and thanked the BAA and Winchester Weekend organisers for the opportunity. The theme of this year’s meeting was ‘Observational Astronomy and Telescope-Making’.

The first speaker was Bob Marriott, Director of the Instruments and Imaging Section. His talk was entitled ‘The silver-on-glass revolution’ – the arrival in the 19th century of glass telescope mirrors coated with silver. This, Bob said, was a revolution for amateur astronomers because, almost suddenly, they could make large and small telescopes much more conveniently and at a lower cost, though the silvering process itself evolved over several decades.

Since the invention of the reflecting telescope in the 17th century, mirrors had been made of speculum metal – an alloy of copper and tin that could be polished to produce a reflective surface. Speculum metal is much heavier than glass and tarnishes quickly, and mirrors required frequent repolishing. The process of production of silver involving silver salts, aldehydes, and sugars was discovered in the early 1830s by the German chemist Justus von Liebig, whose work involved the application of chemistry to agriculture and industry.

The silvering process was developed over many years and numerous patents were registered by many researchers, but it was applied primarily for decoration and ornamentation and it was not until the 1850s that a sufficiently fine and stable silver deposit could be produced that was good enough for astronomical purposes. The first telescope with a silver-on-glass mirror was built in France by J. B. L. Foucault in 1857. Two years later, Henry Cooper Key and George With, both of Hereford, made the first silver-on-glass mirrors in England, and in the early 1860s George Calver began commercial production of silvered mirrors. Over many years, With produced about two hundred mirrors, while Calver established a business and produced countless numbers of mirrors and complete telescopes – a business that he maintained for sixty-five years until his death at the age of 93 in 1927.

The year 1859 was notable for many other significant developments in science, literature, philosophy, politics, and social perception and reform, with the publication of fundamental and epochal works by Charles Darwin, John Stuart Mill, Karl Marx, Samuel Smiles, Florence Nightingale, Isabella Beeton, and many others – including T. W. Webb’s Celestial Objects for Common Telescopes. Notably for astronomy, Kirchhoff and Bunsen produced the first map of the normal solar spectrum and instigated the new science of astrophysics. In addition, in that same year Henry Bessemer began the production of steel using his revolutionary new process of mass production, initiating the second Industrial Revolution; later, he built an observatory housing a 50-inch reflector with a mirror by Calver…