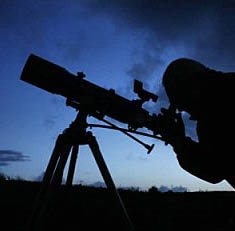 The next National Astronomy Week will be held on 2014 March 01–08, Saturday to Saturday. The BAA is supporting NAW 2014 both financially and organisationally, and encourages affiliated societies and others to organise observing events designed to bring practical astronomy to a wide public.

NAW has taken place every few years since the first week in 1981, which was organised to celebrate the bicentenary of the discovery of Uranus by William Herschel from Bath. The 1990 NAW celebrated the centenary of the BAA. NAW has always been organised by a committee representative of grass-roots amateur astronomy in the UK (in contrast to some other promotional events), with representatives from the BAA, Society for Popular Astronomy, Federation of Astronomical Societies, and Royal Astronomical Society taking part. It is run on a small budget mainly contributed by these organisations, though on this occasion support has been secured also from the Science, Technology and Facilities Council, which has enabled the employment of a part-time co-ordinator (Laurie Marsden, working from the Observatory Science Centre, Herstmonceux), and Astronomy Now magazine is providing free publicity.

The theme for NAW 2014 is ‘Target Jupiter’, with the planet at its most northerly apparition in its 12-year orbital cycle, and hence optimally placed for UK observation in the evenings from February to April. The waxing crescent Moon will also be high in the sky and a good object for public observation during the first week in March. It will be out of the way later in the night, allowing observation of setting winter deep sky objects such as M42, and both Mars and Saturn will be observable late in the evenings.

The NAW website is www.astronomyweek.org.uk. Those organising events in the week should enter them on the site, a process that has been made as user-friendly as possible. The site will show a map of the location of all the events across the country, and we are working to get the address distributed widely by the national media in the weeks leading up to March. The site contains various other resources relevant to observing Jupiter and doing amateur astronomy, directed towards the public and schools, such as instructions for a project to repeat Rømer’s 1656 determination of the speed of light from observations of Jupiter’s moons, and details of another star-count to survey light pollution, coordinated by the Campaign for the Protection of Rural England and the BAA CfDS over the same period.
We hope as many members as possible will be involved in NAW 2014 and will be organising events across the country to introduce new people to the wonders of the sky, as has been done at each NAW since 1981. This will also be an opportunity to promote the Association, and encourage new observers to join.