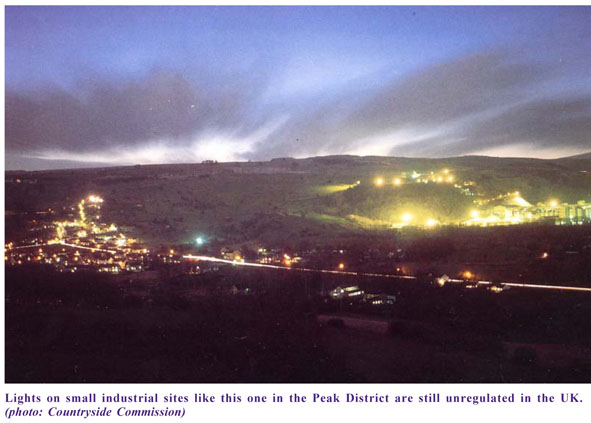 In 2012 a satellite took a photograph of the USA at night. This image has become well known to Internet users: ‘spot the new city that has suddenly appeared in America’. The familiar tracery of roads and towns, skeins of brilliance joined together in a spider’s web of upward light, spreads across the eastern half of the country, and its west coast is a slash of wasted light from Washington State down to southern California. To the west, the rural Great Plains and thinly populated Rockies show the usual dots of illumination.
What, though, is the isolated, extensive splash of light that has recently appeared, straddling the US-Canadian border? It is mostly in North Dakota. It is bigger than New York or Los Angeles. It’s fracking.
Gas flares and poorly-mounted site lighting from thousands of oil and gas extraction wells have destroyed the night sky above the Bakken Shales. Once-rural North Dakota has become, in the words of a recent British newspaper article, ‘a giant oil industry playground’. On a lesser scale this is also happening in many other American states. Find the satellite image at www.telegraph.co.uk/news/earth/energy/fracking/10463494/Fracking-lights-up-the-North-Dakota-sky.html
Applications for oil and gas drilling will now, following a recent development in government policy, be allowed in areas covering 48% of the UK. These include National Parks and AONBs, and many other places where the night sky is currently dark: IDA Dark Sky Reserves and Parks and Dark Sky Discovery sites are not excluded.
The scale of operations seen in America may not be mirrored in the UK, with its smaller underground reserves. Gas flaring may also be less common, but it is almost inevitable that, unless something happens to oblige drilling companies to light responsibly, onsite lighting will not be carefully aimed and controlled. (Motorway roadworks lighting comes to mind, causing skyglow and dazzling oncoming drivers, endangering the workforce.)  We cannot allow our few remaining dark places to be compromised by the new energy extraction drive.
The Commission for Dark Skies has written to all the companies involved and will inform BAA members of their replies through this Journal. The CfDS’ many members, like the general population, no doubt have a complete range of opinions about the desirability or otherwise of fracking itself, and the CfDS does not take a position on it, but will do its level best to convince owners of sites to keep their light to themselves. You can help by intervening locally, and by reporting irresponsible lighting installations to us through the CfDS website below.