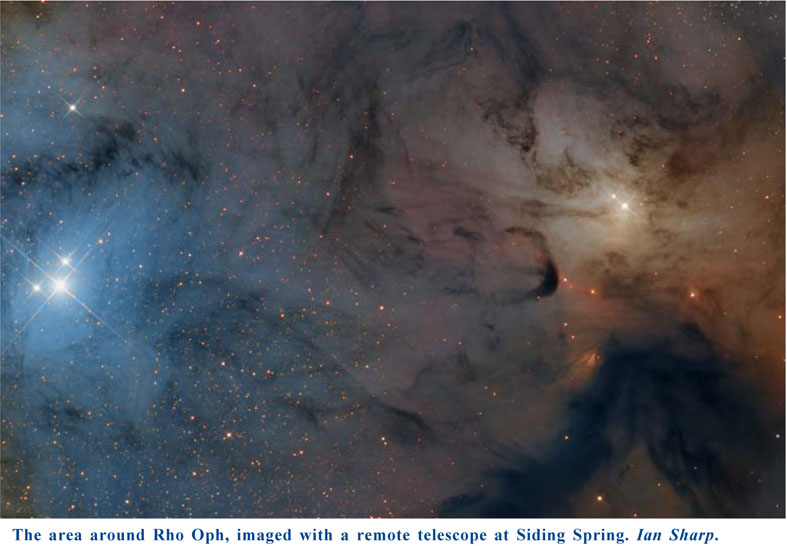 Ophiuchus is a rather large constellation on the celestial equator, but it would seem to be somewhat under-observed. This is probably because of its low altitude from the UK, but also because it culminates at midnight in the middle of June, which is not prime deep sky observing season. However in April and May, or August and September, it should be high enough to get some time in observing its delights.
You might be rather surprised to hear that Ophiuchus is the host to the second largest collection of globular clusters, with 25 within its boundaries (only Sagittarius has more with a whopping 35). Some are rather low for observing from the UK, or rather faint, but there is an excellent selection well within the abilities of the persistent observer.
M62 is the brightest Ophiuchus globular at magnitude 6.45, but with a declination of -30°, it is somewhat challenging. All the other Messier globulars are 6th or 7th magnitude, so should not be too hard. M12 is the most northerly, with M14 and M10 following. Other Messiers are M19, M8 and M107.
Fourteen of the other globulars are in the New General Catalogue, ranging from magnitudes 8 to 11. The remaining four are rather faint; two Palomars, 6 and 15, IC 1257 and finally HP 1/BH 229 (this globular has two designations – Haute-Provence 1 for its discovery at the observatory there in 1954, and then Bergh & Hagen who re-discovered it in 1975).
Aside from the globular clusters there are a smattering of other deep sky objects to be found here, including a few planetary nebulae (we are looking into the plane of the Milky Way here). IC 4634 is hard to distinguish from a star – an OIII filter may show it if you use the filter to ‘blink’ the field. Other planetaries are a little easier and are big enough to show that they are not stars. 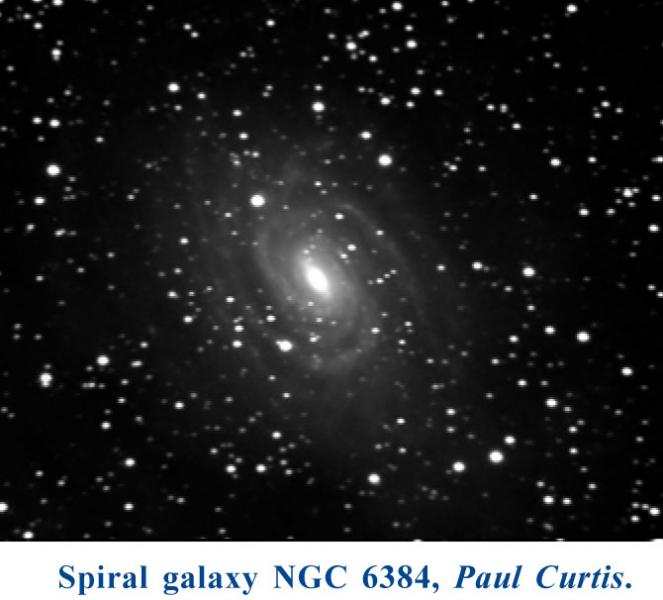 NGC 6309 is an elongated nebula and the 13th magnitude central star should be visible in larger telescopes with high magnification. NGC 6369 is ring-like with a brighter spot on the edge. The central star is not obvious, being 16th magnitude. NGC 6572 is the brightest of them at magnitude 8 – and you might notice its blue-green disk.
There is just the one galaxy of note – the elegant spiral NGC 6384.
Many dark nebulae are silhouetted against the Milky Way that runs through the constellation. Two of the most popular to look out for are Barnard 72, also known as Barnards ‘S’, and Barnard 78 which is commonly known as the Pipe Nebula. But there are many more, some requiring wide field imaging. This would be a good project for the next few months.
And finally also discovered by E. E. Barnard is ‘Barnard’s Star’, the star with the highest known proper motion in the night sky. It is a fairly dim 9th magnitude red dwarf, but at only around six light years distant, it can be seen ‘shooting’ across the sky at 10 arcseconds per year. So with careful observation or imaging over the years, it should not be too hard to see it move.
Observations of objects in Ophiuchus seem to be fairly few in the Deep Sky Section archives, so more observations and images would be appreciated.
Callum Potter,  Director, Deep Sky Section