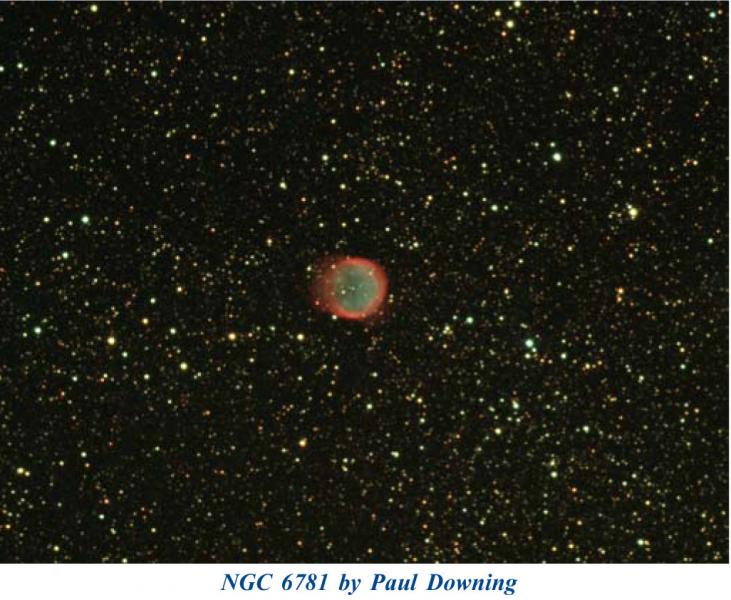 There are not so many bright planetary nebulae available in the winter months so autumn is a good time to stock up on a few of the brighter and not so bright targets. The constellation of Aquila is especially well served with PNe so we will pick up a few there before moving on to Aquarius.

NGC 6781 has a lot in common with the famous Ring Nebula (Messier 57) but is a lot less often observed. Although it is a couple of magnitudes fainter it is similar in size. It should be easily observable in small telescopes and a medium ’scope (200mm aperture or more) will give a really nice view. The central star is a bit faint for visual observation, but is easily within reach of imagers.

NGC 6803 and 6807 are both rather small PNe, and difficult to resolve as anything more than stellar. There are a couple of ways of trying to detect these sort of nebulae visually – either ‘blinking’ with an OIII filter, or the use of a prism or diffraction grating where the stars become stretched but the nebula remains as a point. Between these two is 12th magnitude NGC 6804, which at 1.1 arcminutes diameter is a good target for medium or large scopes.

NGC 6741 is known as The Phantom Streak Nebula. I’m not sure why, though it has an elongated morphology. It lies about 7,000 light years from us, but is only about 0.1 arcminutes in extent and also a faint magnitude 11. NGC 6790 is another ‘stellar’ PN, and at mag 10.5 is not too hard to see. Look out to see if you can notice its blue-green colour once you have located it in its field. 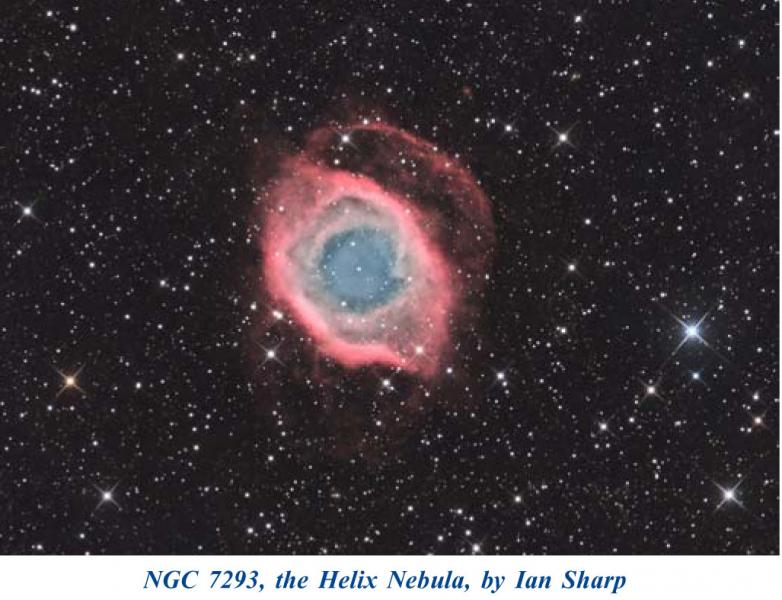 Moving now into Aquarius we have a couple of ‘bright’ and easier nebulae to chase down. NGC 7009 is known as the Saturn Nebula and is also listed in Patrick Moore’s Caldwell Catalogue as C55. It is of course known as the Saturn Nebula because it seems to have ‘ears’ and perhaps looks a bit like how Galileo first saw the planet Saturn and its rings. It shines at around mag 8 so should be detectable in even a small telescope, especially with its greenish glow. Also in Aquarius we have NGC 7293, the Helix Nebula, which is also listed in the Caldwell catalogue, as C63. At around magnitude 7.6 it should be the easiest of the objects though it never gets very high from UK locations.

Observations of any of these objects would be appreciated, both visual and images.