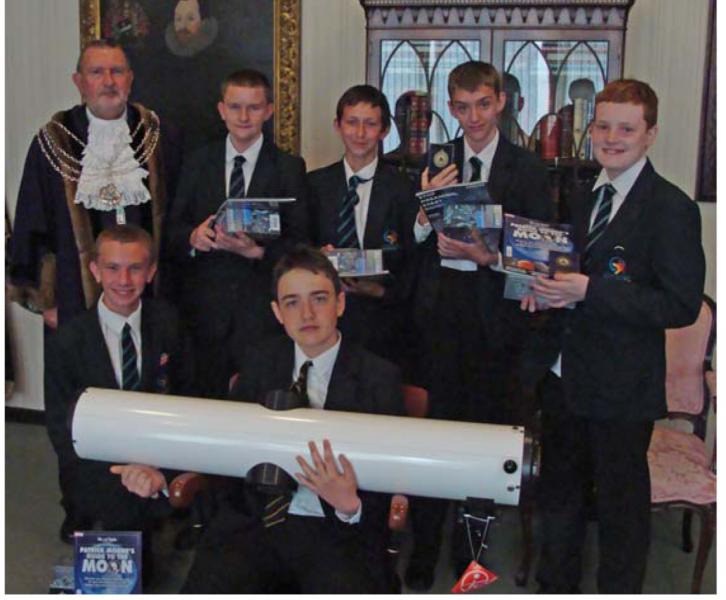 Young people from across Plymouth have been awarded prizes in the city’s annual Sir Patrick Moore astronomy competition.
Deputy Lord Mayor, Cllr Sam Davey, invited the winning students to receive their prizes and take tea at the Lord Mayor’s Parlour (right).
Students were given engraved medals, and astronomy equipment sponsored by the NAS-UWT teachers’ union. The six runners up received pairs of astronomical binoculars and Callum Puckering, aged 15, was awarded a 63mm Dobsonian telescope as the first prize.
The Sky at Night magazine donated copies of their recent publication Sir Patrick Moore’s Guide to the Moon for each of the winning students so they can enjoy Sir Patrick’s legacy of exploring and marvelling at the wonders of the night sky.
The competition is organised by BAA member Martin Edmonds, who said: ‘Sir Patrick devoted his life to encouraging people to share his love of astronomy. He passed away in 2012, but through his hundreds of books, and the people he encouraged, he is still inspiring young astronomers around the world today.’