Prof Jean Dragesco : A celebration of the centenary of his birth 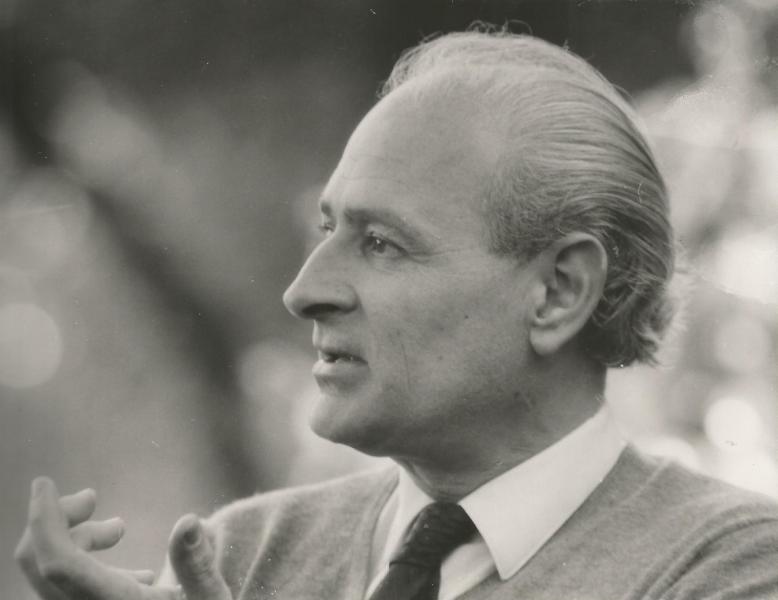 The name of Prof Jean Dragesco will be a familiar one to older BAA members. He contributed an enormous amount of visual observational work over many decades, and was an accomplished expert in taking high-resolution photographs of the Sun, Moon and planets. A BAA member from 1961 November till the early 2000s, our subject was born Ionel Drāgescu in Cluj, Romania, on 1920 Apr 27. As 2020 marks the centenary of his birth, it is a good moment to celebrate the many achievements of his life.

Growing up in Cluj, and encouraged by his scientifically-inclined uncle Radu Drāgescu, Jean became keenly interested in astronomy in 1935. He gathered a group of fellow Romanian amateurs around him, and even published two magazines using a duplicating machine: one for astronomers, and the other for microscopists. Fate would decide that he would spend the rest of his life in France and Africa.

His father was appointed as the information and press relations officer at the Romanian Embassy in Paris in 1940. The German invasion of France caused significant problems for the family and their initial stay in Paris was brief, but in the following year Jean and his sister were living in a flat in the city, and in 1942 Jean enrolled as a science student at the Sorbonne. He had found it hard to choose between astronomy and biology, finally opting for the latter.

He was already a member of the Société Astronomique de France, and could make use of the Society’s observatory atop the Sorbonne, in the rue Serpente. With the nighttime curfew, he was obliged to spend whole nights at the observatory, sleeping on a wooden table. Some of his 1941 Mars drawings were published by G. Fournier in his reports for the SAF bulletin, l’Astronomie, and he was a keen follower of Jupiter’s dark South Tropical Streak during 1941–’42. Jean once told me that the Editor, the elderly Mme Gabrielle Flammarion, had declined to publish his observation of Saturn’s rings as she had experienced a different telescopic impression from him of Encke’s Division.

Jean was a great collector of books, having inherited a substantial scientific library from Uncle Radu. In wartime Paris he was able to collect many rare science books, astronomical and otherwise, for a nominal sum. Later he generously presented his Mars book collection to me: it has proved invaluable for historical research.

Out of class, Jean would study scientific photography with the equally energetic young SAF member Gérard de Vaucouleurs. They collaborated on a manual of scientific photography. A perfectionist, de Vaucouleurs held long revision sessions with his co-authors, which Jean still recalled with agony decades later. But it did result in a standard work on the subject. And in the early 1940s Jean would mentor a young French amateur, Audouin Dollfus (four years his junior), and help him to construct his own 200mm reflecting telescope from scratch. Dollfus would later rise to be the chief astronomer at Paris Observatory, and to become a legendary figure in the world of planetary science.

After the ending of hostilities in 1945, Jean decided to become a Frenchman. He once told me (with tongue in cheek?) that the first step was easy enough: it was just a matter of curving round the tips of the ‘u’ on his handwritten identity card so that it became an ‘o’, producing a much more French-sounding surname: Dragesco. He was naturalised in 1957. After graduating from the Sorbonne he had taken up a career as a researcher within the CNRS (Centre National de la Recherche Scientifique), and he later took his doctorate in 1956.

From the start, Jean carried out his professional research in the field of protistology in general, and on ciliates in particular: his first paper was published in 1948. Later he would discover a new example of these microscopic species, which would be named after him.

He was quick to realise the value of photographic and cinematographic techniques. Keenly interested in wildlife photography, he took part in long expeditions abroad, and invented a rifle-like device (the ‘Dragescotar’) to hold the telephoto lens steady upon his shoulder. He made many professional films, upon subjects ranging from protozoa and termites to the birds and mammals of Africa.

As his reputation grew, he became a co-founder and editor of several international journals dealing with biology or cinematography. An early book, Chasse d’Afrique (1965), was well received and established him as a professional wildlife photographer. In the 1960s he moved to French Equatorial Africa to take up university appointments in Gabon and Cameroon. He gained his professorship in 1970. Most of his professional life was spent in Africa, his spiritual home.

At Yaoundé (Cameroon), he equipped himself with a fine 254mm Newtonian reflector. Later he would use a Celestron 8 for greater portability, and finally a C14. An expert in optical testing, Jean told me that he had to reject several of the early commercial instruments before getting a perfect specimen.

In 1973 he mounted his second expedition to film a total solar eclipse, travelling to Kenya for the longest eclipse of the 20th Century. In the mid-1970s he spent a few years as a professor at the French University of Clermont-Ferrand. But it was not long before he would return to Africa.

By 1976 he was established at Cotonou, Benin. Research continued by both day and night, with the site offering excellent seeing conditions for planetary work. Jean’s final university post was at Butare, Rwanda; it was highly fortunate that before the start of the terrible genocide that would devastate that country, he had retired to France.

Attracted by our active planetary Sections at a time when those of the SAF were less prolific, Jean joined the BAA in 1961 and immediately began sending us high-quality drawings of Mars and Jupiter, accompanied by good photographs. With the advent of Kodak’s fine-grained TP2415 ‘miracle’ film two decades later (and aided by a combination of excellent technique, optics, drive and seeing), he was able to secure quite superb results that few other amateurs could match. His low-latitude location enabled him to study the planets to advantage, particularly in the years when they were at high southern declination. Jean wrote planetary reports (mostly dealing with Mars, but occasionally for Jupiter and Saturn) for the SAF’s Commission des Surfaces Planétaires. Like Dollfus, whom he later succeeded as head of that Commission, he was an inspiration to young observers.

Under the dark African skies (particularly in Rwanda, where the seeing conditions were less favourable than in Benin), Jean became adept at deep sky photography. He also took many fine photos of comets, particularly 1P/Halley in 1985–’87. Purchasing a hydrogen-alpha solar filter, he captured limb prominences and solar flares. By the 1970s he was winning prizes for his astronomical photographic work and he received three medals from the SAF, including its highest award. The BAA gave him the Steavenson Award in its centenary year (1990), and the ALPO its Walter Haas Award. To mark his 80th birthday, the IAU named minor planet (12498) ‘Dragesco’ in his honour.