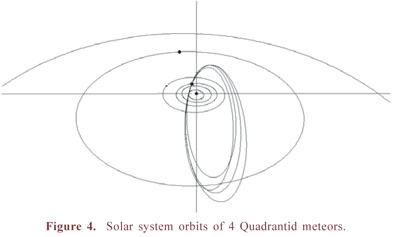 NEMETODE, a network of low-light video cameras in the British Isles, operated in conjunction with the BAA Meteor Section and other groups, monitors the activity of meteors, enabling the precision measurement of radiant positions and, from the best quality data, the altitudes and geocentric velocities of meteoroids and their solar system orbits. The results from multi-station observations of the 2014 Quadrantids meteor shower are presented and discussed.

(Login or click above to see the full paper in PDF format).