This late winter and early spring is very poor for observers of planets. Fortunately, the deep sky is full of intrigue, with wonderful things to enjoy during the long nights before British Summer Time resumes. Although the Moon is generally high in the ecliptic, there are windows of opportunity in the early days of February and March to survey the deeper Universe. 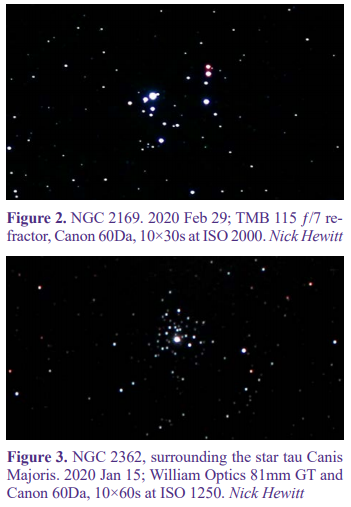 Orion dominates the southern aspect mid-evening in early February and remains our best guide to the late winter sky. Many observers will have feasted on the marvels within the hunter’s boundaries, but exploring the lesser-known objects can be fun. Take for example the Monkey Head Nebula (NGC 1274/5; Figure 1), a cluster enveloped in emission nebulosity in the north of the constellation, towards Gemini. Nearby you may enjoy other clusters such as the ‘37 Cluster’, NGC 2169 (Figure 2). In passing, those of you who use Stellarium 0.20 as a planetarium programme will note a rare mistake. NGC 2194 is not the Intergalactic Wanderer, which is NGC 2419 in Lynx. Nevertheless, NGC 2194 is quite distant at 10,000 light-years, although rich enough to glow at magnitude +8.5.

To Orion’s south-east, the brightest star in the night sky, Sirius, is unmistakable. Just follow Orion’s belt stars down to the left to locate this gem, its light fragmented chromatically by the Earth’s atmosphere. At magnitude –1.4, Sirius dominates the southern sky, and directly below is the fine open cluster Messier 41, easy in binoculars and lovely in small telescopes [130(6), p.377]. There are several other bright stars in this region, although it is commanded by Sirius. Mirzam (beta Canis Majoris) lies just to the west, its magnitude of +1.9 being compromised by atmospheric extinction.

Further south and east lies the prominent triangle representing the hind legs of the dog. The northern apex of the triangle is Wezen (delta Canis Majoris, magnitude +1.8), which acts as a guide to an area to its north-east that is rich in open clusters. The best of these is NGC 2362, or the Tau Canis Majoris Cluster (Figure 3). It is made up of very young stars, surrounding the 4th magnitude eclipsing binary tau at its centre. A brilliant magnitude +3.8, the cluster packs its 60 or so stars into a compact six arcminutes. It is some nine light-years across, so the sky from an exoplanet within the cluster would be dazzling indeed.

While in the vicinity, take a look at an under-observed Messier open cluster: M93 in Puppis. As it is considerably lower in the sky than the showpiece pair of Messier 46 and 47, it is often ignored but is attractive enough. It was the last discovery by Charles Messier himself (in 1781), and at a declination of almost –24° is quite low even from Paris. It reminded Admiral William Smyth of a starfish, although it is not clear why. It is magnitude +6.2 and covers 24 arcminutes, with two orange stars to the south-west that contrast nicely with the blue-white majority. 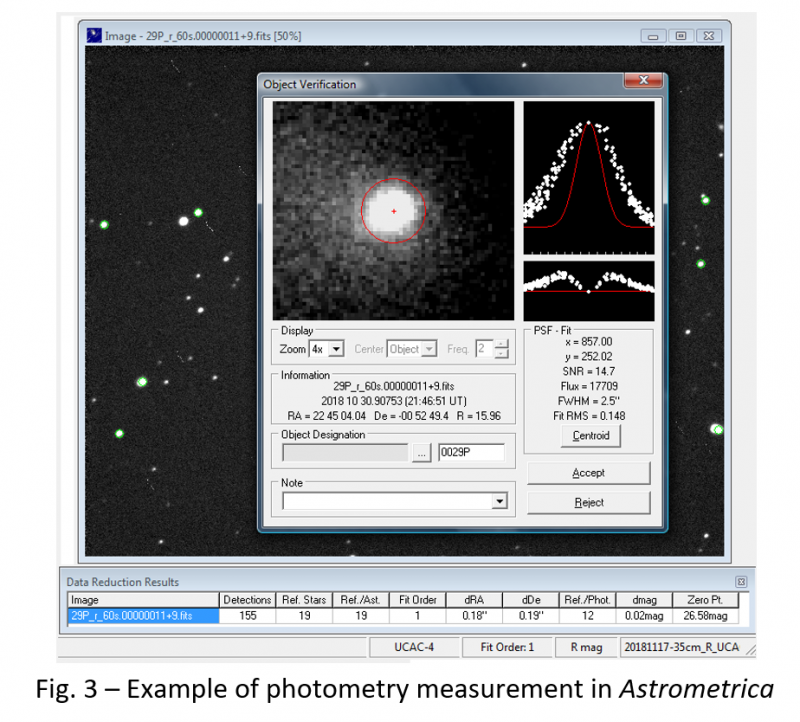 Moving north of the large dog but south of the smaller canine (Canis Minoris, and its 1st magnitude star Procyon) we encounter Monoceros, the elusive unicorn. Devoid of bright stars, the mythical beast is rich in interest for the deep-sky enthusiast as the winter Milky Way runs through it, bearing dark and bright nebulae as well as many open clusters. Highlights include the Rosette Nebula (NGC 2244; Figure 4), the Christmas Tree Cluster (NGC 2264) crowned by the Cone Nebula (Figure 5), the brightest variable nebula NGC 2261 (Hubble’s Variable Nebula, Figure 6, associated with the Young Stellar Object R Monocerotis) and Messier 50. 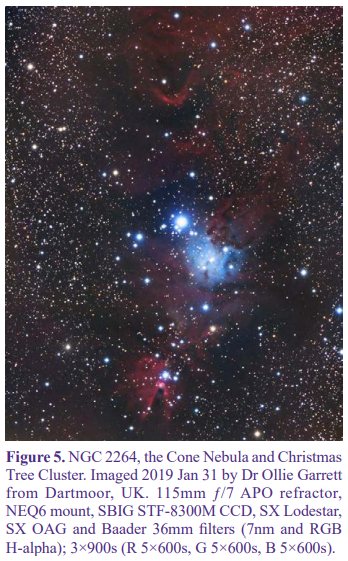 Hinting that spring is on the way is Messier 48, being flicked away by the unicorn’s tail. This open cluster is at the western extreme of the sinuous water snake, Hydra. The serpent terminates east of Spica in Virgo, so straddles the transition of winter into spring. Messier 48 itself is just naked-eye from a dark site and covers the same area of sky as the full Moon, with a fairly conspicuous core and less well-defined outer regions of fainter members.

Continuing our sweep north we encounter the twins Pollux and Castor. Gemini is a grand constellation, with two streams of stars representing each twin. Although the star Pollux (beta Geminorum) is rather brighter than his brother Castor (alpha Geminorum), the latter is the more interesting being a multiple system. The members of the bright pair are both spectroscopic binaries, with a more remote spectroscopic pair of identical red dwarfs that eclipse one another. Castor Aa (magnitude +2.0) is currently easily split from Castor Bb (magnitude +2.8) at 5.6 arcseconds. They have been separating from a minimum of 1.5 arcseconds since 1965. They were the first pair to be regarded as a true binary, orbiting one another over 467 years. Both are white A-type stars with red spectroscopic companions. At some distance lies Castor Cc, a spectroscopic pair of eclipsing red dwarfs, combining to make magnitude +9. Both components are intrinsically variable due to starspots and flares. Known as YY Geminorum, the orbit around the system is painfully slow – perhaps 10,000 years or more. 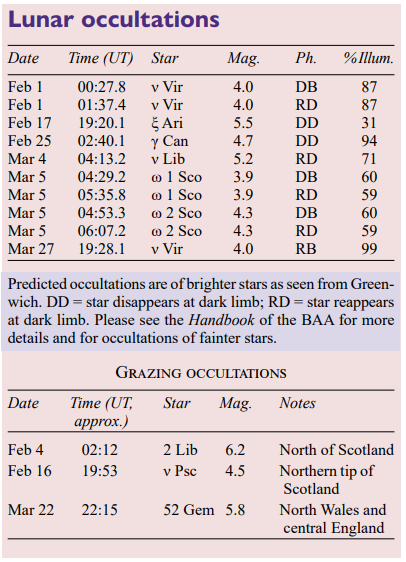 The twin Castor also boasts the finer stream of stars, straggling westward and terminating in mu and eta (Tejat and Propus, respectively). Between these two red stars lies a rare supernova remnant, IC 443. Known as the Jellyfish Nebula, the brighter portion nestles near Propus, but deep images show a much fainter extension that lies above Tejat. The brighter western part is a difficult visual target but is imaged easily enough, especially in hydrogen-alpha. A showpiece open cluster for the visual observer is available nearby in the form of Messier 35, one of winter’s great sights [130(6), p.377].

To the west of the twins and riding high in the winter sky is Auriga, the charioteer. The most brilliant star is Capella, a circumpolar yellow giant that is near the zenith in early February and remains high throughout February and March. Auriga is immersed in the Milky Way and so is full of interest. Amongst the easier targets are three bright but contrasting open clusters, easy in binoculars and superb in small rich-field telescopes. These are Messier 36, 37 and 38. They have recently acquired nicknames, being the ‘Pinwheel Cluster’, the ‘Salt and Pepper Cluster’ and the ‘Starfish Cluster’, in the popular planetarium atlas Stellarium. They do all look quite different from one another. 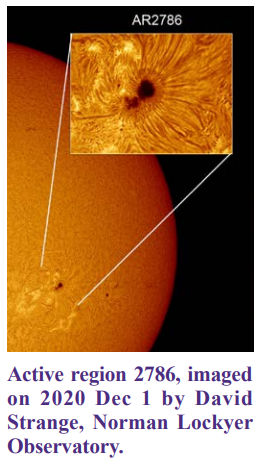 There has been a hint that the Sun is at last coming out of its long hibernation, with large active region AR2786 appearing in late November, so watch for more activity this spring and beyond.

The spring equinox occurs on Mar 20 and the long nights slowly give way to longer days. There are no solar or lunar eclipses during February or March.

This is a desolate time for observers of the solar system. Mercury is at inferior conjunction on Feb 8 and will split Jupiter and Saturn on Feb 26, but remains poorly placed in the morning sky thereafter. Lying just north of Jupiter on Mar 5, Mercury reaches western elongation on Mar 6. Venus is now very poorly placed in the morning sky, appearing near Jupiter on Feb 11, but realistically only from very southerly latitudes. Things will become even more difficult as the planet reaches superior conjunction on Mar 26.

Mars is much diminished by early February and shrinks from 7.6 to 5.5arcsec by the end of March, making detail difficult for all but the most skilled observers using large-aperture telescopes. For the more casual sky-watcher, the planet’s position high in Taurus is of aesthetic interest, the fading amber orb lying 3.3 degrees south of the Pleiades.

After its conjunction with the Sun in January, Jupiter re-emerges into the morning sky, following much fainter Saturn. Although both rise an hour before sunrise by early March, they are exceptionally low and observation will be difficult.

Uranus and Neptune are still available in the evening through February, but low. Neptune is in conjunction with the Sun on Mar 10. 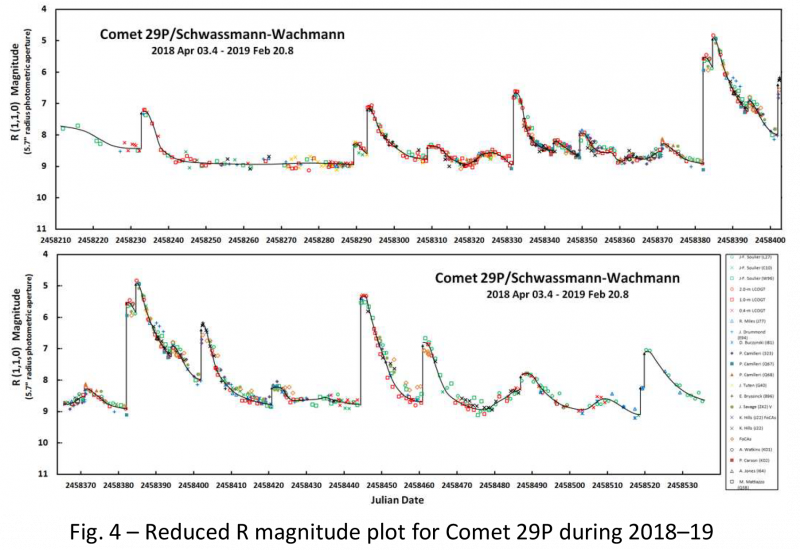 There are no major showers during February or March. Two minor showers may be observed, although the delta Leonids, derived from comet 55P/Tempel–Tuttle, will be marred at their maximum on Feb 25 by the nearly full Moon on the Cancer–Leo border. The pi Virginids, although weak, peak during the first week of March when the Moon will be less in evidence.

Not only are the planets disappointing in this period, but there are no comets of note at the time of writing. See Jonathan Shanklin’s article on 2021 comet prospects in the 2020 December Journal (p.336).