June and July are difficult months in which to do astronomy in the UK. The Sun sets late and rises early, leaving little time to enjoy the night sky, and while the planets Jupiter, Saturn and Mars are now available at a more reasonable hour, they remain very low.

By the solstice on Jun 20, Ursa Major is dipping into the north-west, dragging along brilliant Arcturus (still high in the south-west) and Spica in Virgo (by now very low in the south-west, with her galaxies lost in the midsummer gloaming). 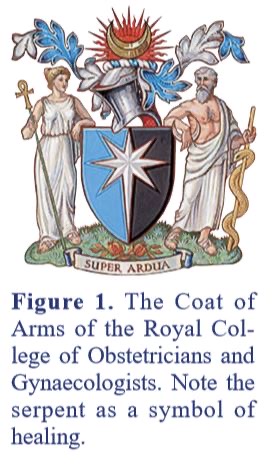 High in the south, just past the meridian is Corona Borealis (the Northern Crown) with the two famous variable stars R and T Coronae Borealis. (Both were discussed by Dr Jeremy Shears in his 2020 Apr 22 BAA webinar, available on YouTube at bit.ly/3cVblM1.) One hardly dares mention Corona this year, but help is at hand in the sprawling form of Ophiuchus, the celestial healer and 11th largest of the constellations, who occupies much of the southern aspect in midsummer. The much-needed celestial doctor was associated by the Romans with mythical Asclepius, who traditionally grasps a snake. This symbol of healing remains in the coats of arms for both Royal Colleges of Surgeons and Obstetricians. Asclepius was son of Apollo and rather too good at keeping the population alive, leading to his being bumped off by Hades who feared his Underworld would become under-populated. Zeus popped Asclepius into the sky to spite his brother.

Ophiuchus’s pet snake is divided in two in the sky: Serpens Caput to the west and Serpens Cauda to the east. The snake’s head (Caput) contains two 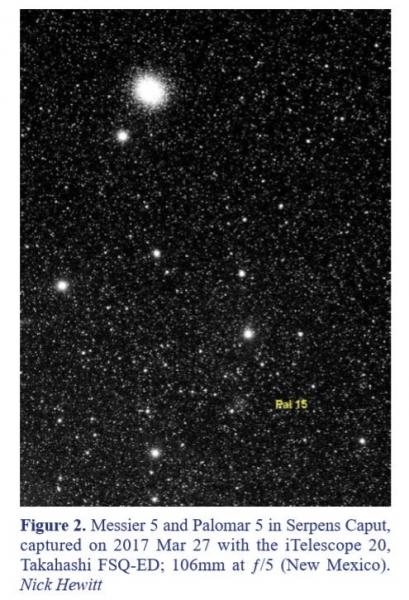 contrasting globular clusters in the same wide-field view: the great ball of old stars that is Messier 5, and the remote and hence difficult Palomar 5. In the northern hemisphere, Messier 5 is perhaps only surpassed by Messier 13 in Hercules. Palomar 5 is extremely challenging as it is sparse and faint against the generally bright summer sky (Figure 2).

Ophiuchus himself is not that conspicuous, marked on his west by a stream of second and third magnitude stars running from north-west to south-east (delta, epsilon, zeta and eta). A short north-eastern segment from bright alpha (Rasalhague), beta (Cebalrai) and third-magnitude gamma forms the health worker’s right shoulder. Beta and gamma form a triangle with a stellar speedster to their east,

Barnard’s Star (Figure 3). This is the second closest of the red dwarf stars (after Proxima Centauri) and the fourth closest star overall. It has an M5 spectrum and a magnitude of +9.54. It lies at six light-years and is changing its apparent position by 10 arcseconds per year, racing towards Hercules. The proper motion can thus be detected by patient amateurs. Nearby is the fine, bright-but-sparse binocular open cluster IC4665, just to the north-east of Cebalrai.

Ophiuchus is home to many second division globular clusters, including seven from Messier’s catalogue (Messier 9, 10, 12, 14, 19, 62 & 107), and many from the NGC. If globular clusters are your passion, Ophiuchus is the place to start as many are quite high in surface brightness for the time of year. Best placed is Messier 14 in the north of the constellation, but Messier 10 & 12 are easy too (Figure 4). Messier 9 & 107 are much further south and Messier 62 sits lower than Antares in Scorpius, so scrapes the horizon even from the south coast. 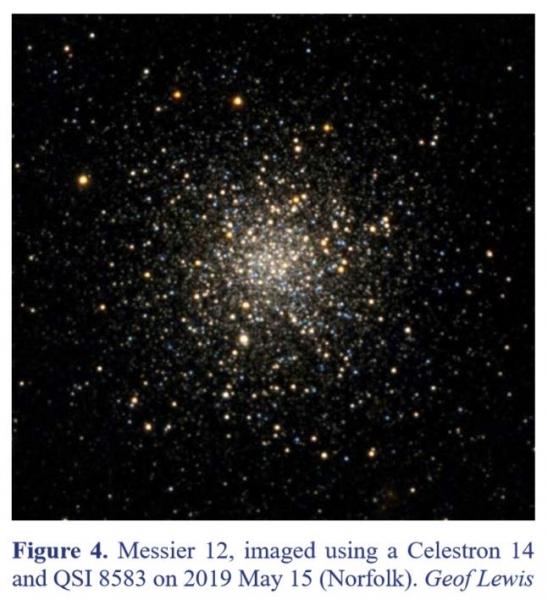 North of Ophiuchus and head to head with the healer is Hercules, the sky’s fifth largest constellation. He is doing a headstand according to most illustrations. His head is represented by the alpha star, Rasalgethi, although why it is the first of Bayer’s entries is not clear as it is only third magnitude and several others are brighter, even when the variable red giant is at its brightest. It has a fifth magnitude companion at 4.6 arcseconds that gives a most pleasing colour contrast (Figure 5), Rasalgethi A being orange-red against Rasalgethi B’s emerald. It is purely a contrast effect, as the B-component is a spectroscopic pair of G and F-type stars.

The easiest asterism with which to identify Hercules is the ‘Keystone’ made up of pi, epsilon, zeta and eta Herculis. Located between 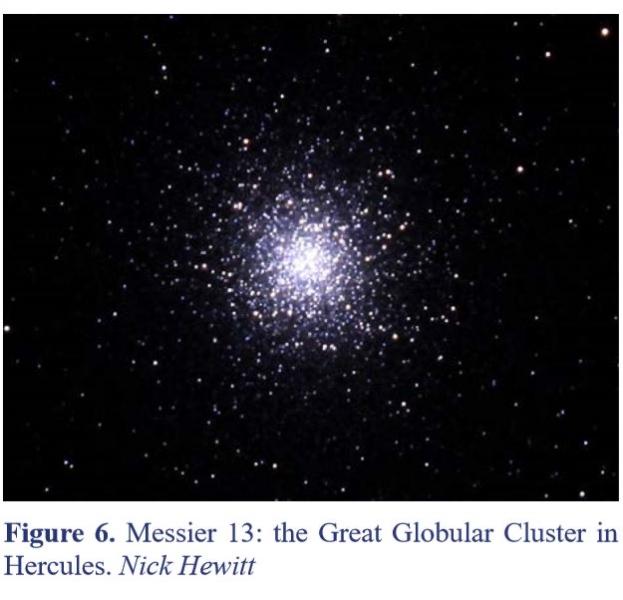 epsilon and zeta lies the glory of the magnificent Messier 13, the Great Globular Cluster (Figure 6). Easily seen in binoculars or even with the naked eye from the darkest skies, the best globular cluster in the northern hemisphere contains a swarm of some 600,000 stars within an apparent diameter of 20 arcminutes. Often overlooked in favour of Messier 13 is another fine globular, Messier 92, almost at the zenith in midsummer.

Zeta Herculis is the lower-right star of the Keystone and a famous binary with a period of just 34.38 years. The pair are magnitudes +2.8 & +5.5 and they are a tight test for the best amateur optics, the mean separation being 1.5 arcseconds. They were closest (~0.5 arcseconds) in 2002 and should be a more comfortable 1.5 arcseconds in the next four years. Split them while you can.

Low in the south is the northern half of Scorpius, the great spectacle of the whole scorpion being lost to UK observers. However the ‘Rival of Mars’, red supergiant Antares is spectacular enough, with the loose globular Messier 4 (Figure 7) just to the west. One of the nearest globular clusters, it has a large apparent diameter (26 arcminutes) and can be well resolved. Sagittarius to the scorpion’s east is also low and truncated, but this is where you will find the gas giants, Jupiter and Saturn, and the bright Milky Way rising like steam from the ‘Teapot’ asterism. 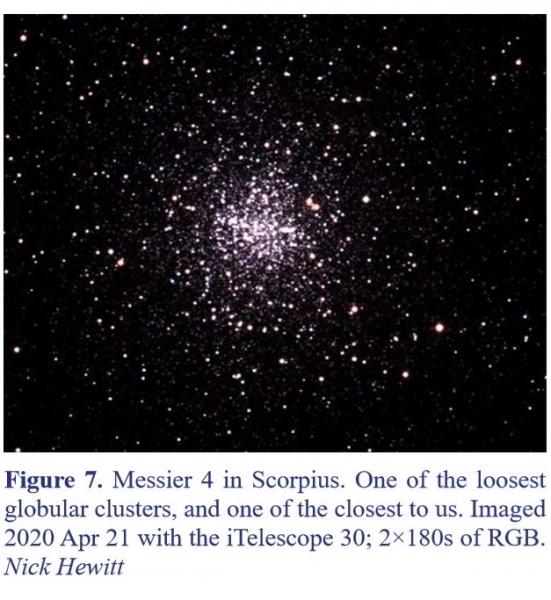 Much easier to observe is the asterism of the Summer Triangle – Vega (in Lyra), Deneb (in Cygnus) and Altair (in Aquila). Well-placed high in the south-east, these fine constellations with their cornucopia of deep sky goodies are with us until late autumn and perhaps best enjoyed as the nights draw in once again.

There is a penumbral lunar eclipse on Jun 5, although it will be seen poorly from the UK as the Moon rises with the penumbral shadow rapidly moving off the lower aspect of the disc, and the eclipse ends with the Moon remaining low in the south-east.

An annular solar eclipse will occur on Jun 21, but will not be observed from the UK. The greatest eclipse is visible from central Africa, through the Arabian Peninsula, southern Pakistan and northern India, ending in China. There will not even be a partial phase from northern Europe.

Another penumbral lunar eclipse occurs in the early morning of Jul 5. This time, the Moon sets in eclipse to the south-west. Again, a rather poor eclipse as seen from the UK. 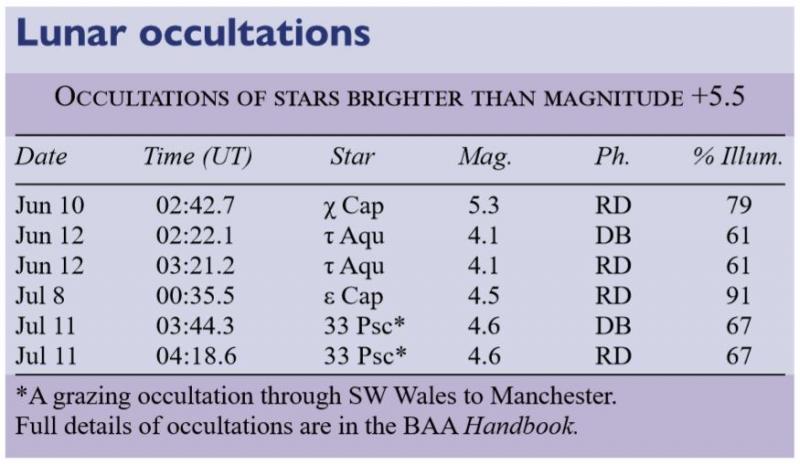 Mercury is best glimpsed early in June, with eastern elongation on Jun 4. But he remains very low and will be lost before inferior conjunction on Jul 1. Popping into the morning sky in mid-July, he will achieve a western elongation of 20° on Jul 22 but will be less than 10° above the horizon. 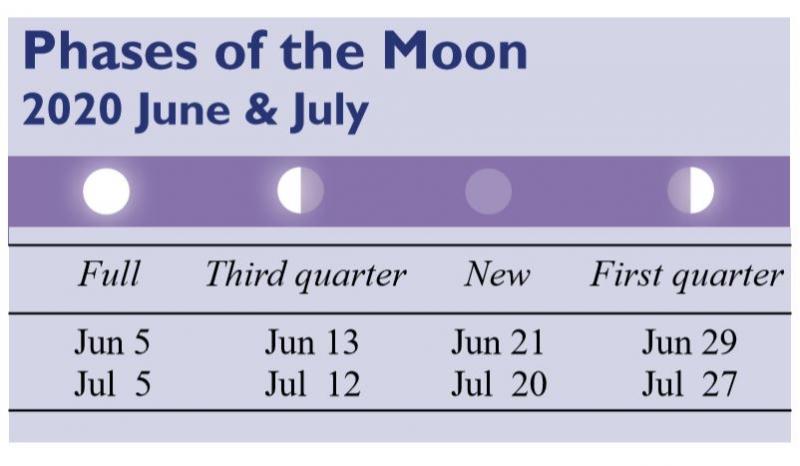 daylight as she passes to the north of the Sun, but this is dangerous unless for the very experienced.

She then rapidly moves into the morning sky, low in the north-east by the solstice but gaining prominence as she traverses Taurus before dawn. She reaches western elongation on Aug 13.

A daytime occultation of the waxing crescent Venus by a very thin waning crescent Moon will occur on Jun 19. The disappearance will occur at about 07:36 UT, with reappearance at 08:40. Great care must be exercised as the midsummer Sun will be high and not so far from the pair.

Mars now comes into his own, being at a good altitude in the morning sky before dawn in early July and manoeuvring eastwards through Pisces. Over nine arcseconds in diameter in early June, he swells to 14.3 arcseconds by the end of July and brightens from magnitude 0.0 to –1.0. Markings should now be easier to detect with modest telescopes, Martian dust storms willing.

Jupiter, the dominant planet of our solar system, reaches opposition on Jul 14 and at magnitude –2.7 cannot be missed low in the south. The grand spectacle may well be compromised by the disappointing altitude of 14°, but the apparent equatorial diameter is a mouth-watering 47.6 arcseconds, so many famous features should still be observable. From this year onwards, things can only get better – at least for a decade. 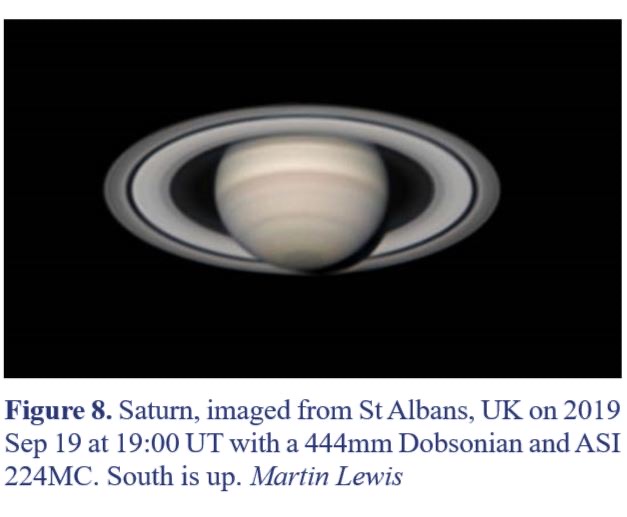 Saturn (Figure 8) chugs behind Jupiter, reaching his opposition just six days later on Jul 20. Equally low in altitude, he is less impressive at magnitude +0.2. The rings remain widely open, but the south polar region is now being revealed.

Uranus and Neptune are poorly placed, both rising in the morning sky in Aries and Aquarius respectively.

Pluto reaches opposition on Jul 15, but at magnitude +14.25 and with an altitude lower than Jupiter, it is an almost impossible target.

C/2017 T2 (PanSTARRS) is post-perihelion as it trawls through Ursa Major, lying near Megrez on Jun 14 and hence close to Messier 109. The comet moves west, through the galaxy-rich regions of Canes Venatici and then Coma Berenices from late June through July. Its brightness? We shall have to see.

The June Boötids peak on Jun 27. Normally a weak shower, it can be much more active (1916, 1998). The meteors tend to be very slow. It derives from periodic comet 7P/Pons–Winnecke.

The Alpha Capricornids will be most active on Jul 30, although the limits of activity are wide. This shower, whose parent body is comet 169P/NEAT, has infrequent but relatively bright meteors with some fireballs. The Moon will interfere until after midnight.

Southern Delta Aquarids are best seen on Jul 31. The shower is often rich, but tends to be faint and will be best viewed in the early morning hours when the radiant reaches a better altitude. It is thought to derive from a sun-grazing comet.