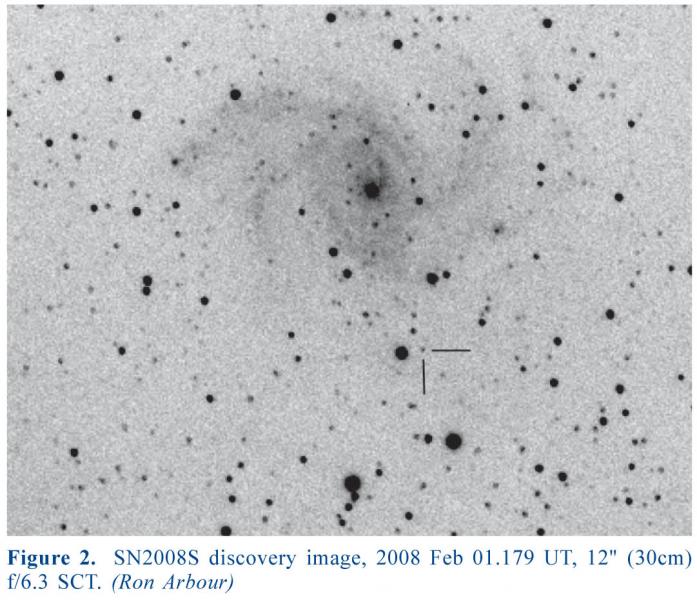 The purpose of this paper is to bring to the attention of the amateur astronomical community the writer’s discovery of a previously unknown class of object, the significance of which does not appear to have been reported in amateur publications. The object, designated SN2008S, is still causing much interest, debate and controversy some 7 years after its discovery. The writer describes historical supernovae in the parent galaxy, NGC 6946, the actual discovery details, and the initial classification. The discovery of a very faint progenitor that was not visible in deep optical images but was relatively bright in the infrared, sparked widespread interest. Realising that this was a most unusual object, several diverse observational programmes followed, some involving the use of NASA’s Hubble and Spitzer Space Telescopes which are still ongoing. Briefly described is the possible physical nature of the progenitor star and the various proposed astrophysical models behind the explosive event. Whatever the outcome, SN2008S is a new class of optical transient believed to be somewhere between a nova and supernova.