The Antarctic ozone hole is healing 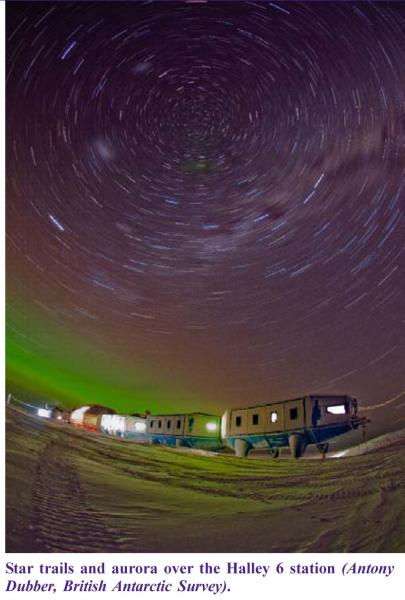 It is August and high summer for readers in the northern hemisphere, but in Antarctica it is deepest winter and very cold. Higher in the atmosphere it is colder still, and in the ozone layer temperatures are below -78°C. Clouds are forming here and on the surfaces in the clouds, chemical reactions are occurring that will lead to the formation of the Antarctic ozone hole as the Sun returns. Solar illumination also gives rise to the name of the clouds – nacreous or mother-of-pearl, with the pastel colours caused by diffraction of sunlight through them.

New research by Susan Solomon et al., published in the journal Science, shows that, at least in September, the ozone hole is shrinking in response to the decline of ozone-destroying chemicals in the atmosphere. These chemicals, including chloro-fluoro-carbons (CFCs), are regulated by the Montreal Protocol, one of the most successful treaties in UN history, which has been endorsed and implemented by all the world’s governments.

Solomon’s team used satellite data to map the area of the ozone hole, and also compared satellite data with spot measurements from the Amundsen-Scott station at the South Pole. The research further showed that volcanic eruptions which put material into the stratosphere create additional surfaces for the chemical reactions, and hence enhance ozone depletion. The team modelled the chemistry and dynamics occurring in the stratosphere and found a good fit between theory and observation. Despite shrinking on average during September, a combination of suitable meteorological conditions and the eruption of the Calbuco volcano in southern Chile in 2015 April gave rise to one of the largest ever ozone holes in 2015 October. 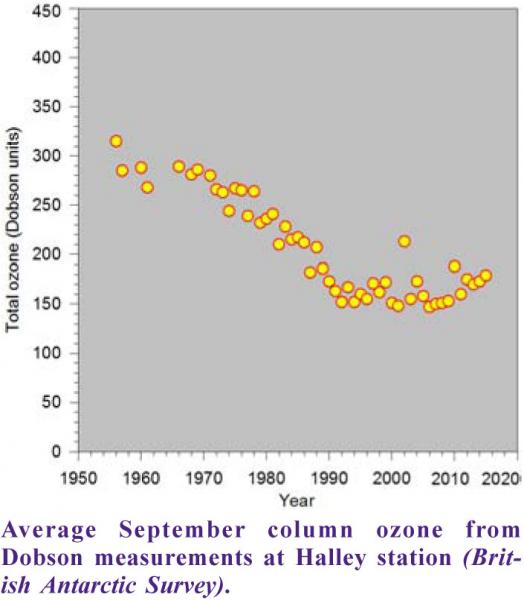 Because the CFCs are very stable compounds they will remain in the atmosphere for many years to come and their concentration will not reduce to the level seen in the 1970s until well after the middle of this century. The increasing level of carbon dioxide in the atmosphere will also influence the healing process, as although this leads to warmer surface temperatures, it gives rise to a colder ozone layer and hence more clouds. Measurements of carbon dioxide at the British Halley station in Antarctica topped 400ppm for the first time ever earlier this year.

The 2016 ozone hole is likely to continue the trend towards smaller ozone holes, as the volcanic material has reduced, but this does not mean that we haven’t yet seen the largest ever ozone hole. Although Calbuco was a major eruption, there have been no great explosive eruptions since Pinatubo and Mount Hudson in 1991 – the Iceland eruption of 2010, although causing significant local disruption, was small in this context. In addition the decline in September is partly due to a delay in the timing of the growing phase of the ozone hole. This may be linked to changes in the atmospheric circulation in the stratosphere, and, as the Solomon paper emphasises, is a subject for further research.