The Cosmic Magic Show: An interview with the Astronomer Royal for Scotland 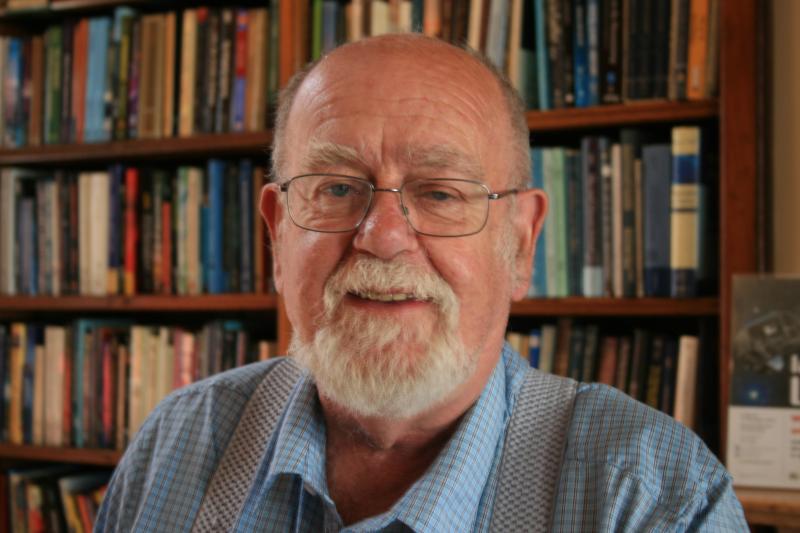 The year 1957 saw the launch of The Sky at Night TV programme, the completion of Jodrell Bank and, of course, Sputnik 1. Comet Arend-Roland was tracking across the sky, visible with binoculars. How could a ten-year-old schoolchild not get interested in space and astronomy with all that going on? So it was with John Campbell Brown, born in Dumbarton, 15 miles down the River Clyde from the University of Glasgow where he would later study as an undergraduate, earn his doctorate and do most of his research and teaching.

And, not quite four decades later, Her Majesty the Queen would appoint him as her Astronomer Royal for Scotland.

The position of Astronomer Royal for Scotland dates back to 1834. From then up until 1990 it was a title bestowed upon whoever was director of the Royal Observatory, Edinburgh. With the departure of Malcolm Longair in that year, the royal title went into abeyance until it was resurrected five years later as an honorary title, disconnected from the Edinburgh observatory.

Brown, now 72, says that the process by which the Astronomer Royal for Scotland is selected ‘is completely unknown, except to the depths of Buckingham Palace’. It certainly wasn’t a position for which a job ad was placed and applications accepted. ‘All I knew was that there was a search going on.’

Then he got a phone call from someone asking if he might be agreeable were he to be offered the position. It all sounded very circumspect. Brown confirmed that he would indeed be honoured to accept, while expressing mild surprised that he was even being considered. Eventually, a letter arrived from the Secretary of State for Scotland, written on behalf of the Queen. ‘These things are all very British and quaint,’ Brown says. ‘It’s good fun.’

As to the role, the letter made clear that it comes with no official duties nor any remuneration – just an expectation that he would, from time to time, be willing to help promote astronomy in Scotland and elsewhere. ‘So it was entirely up to me,’ he says. ‘It’s what you make of it.’

There isn’t a special club for Astronomers Royal but Brown has taken on board a piece of advice offered by Lord [Martin] Rees: ‘‘People are impressed [by the title] and so you can use it to fight really good causes,’ he told me; ‘so that’s what I do’. Brown has advised and supported projects such as the Scottish Dark Sky Observatory on the edge of the Galloway Forest, a whale-watching-and-dark-sky project on the Isle of Lewis (for which he suggested the name ‘Cetus’, after the constellation of the whale), and a £200,000 fundraiser to convert an old primary school in Kirkcudbright, southwest Scotland, into a planetarium. ‘It was the quality of their application that got them their money. But I like endorsing good projects.’

Brown engages in a lot of outreach work, especially with schoolchildren. He doesn’t do it because of his Astronomer Royal title: rather, he thinks it is the passion he already had for outreach that earned him the honour. ‘One reason why I enjoy giving talks to youngsters is there’s nothing ten-year-olds love better than catching you out. They know how many moons Jupiter has got and you don’t,’ he says.

When he became Astronomer Royal for Scotland, one of Brown’s friends teased him by asking if the position came with a pointy hat, Merlin-style. Sadly it doesn’t, but it would have been quite appropriate if it had, because one of Brown’s many interests is magic – and he uses tricks and sleight-of-hand as part of his astronomy outreach.

In one example, Brown has a trick that is a fun analogy for black holes. A volunteer from the audience presses down on a coin in the middle of a rubber sheet, stretched over a glass tumbler. ‘We’re going to send it into another part of space,’ Brown intones. Suddenly – ping! The coin is clinking around in the bottom of the tumbler, and no one has any idea how it managed to penetrate the rubber sheet. (Readers can see the trick being demonstrated by googling ‘Sky at Night 50th anniversary party’, then fast-forwarding to about the 10min 45s mark.)

He calls astronomy ‘the cosmic magic show’, he says. ‘I watch the sky and I think it’s magic. You either just look at it as an amateur and enjoy it because of the wonder of it, like a magic show, or you put on your professional’s hat and try to suss out how it’s happening. So it’s quite a close analogy.’

A flare for solar physics

But on to the serious stuff. Most of Brown’s academic work was in solar physics – particularly solar flares, coronal mass ejections (CMEs) and plasma. One of his many papers in this field concerns the nature of solar flare spectra in the X-ray region. It has the distinction that a plot of its citations by other academics matches the solar cycle: the more active the Sun, the more Brown’s paper is referred to by his peers. Even 40 years on, his 1971 work was described as ‘the landmark paper in the field’ by none other than the Royal Astronomical Society, which awarded Brown the RAS Gold Medal in 2012.

Since at least 1957, Brown has had an interest in meteors and comets, too. This was the subject he first worked on when he got a summer job as an undergraduate. Back in the 1980s, when comets were first discovered falling into the Sun, he wondered: what happens when you drop a comet into our star? You might think that very little happens, given their relative sizes. But Brown thought otherwise.

‘When a CME gets thrown out from the Sun, some of them are propelled by magnetic effects, some of them are just an explosion. But they’re so hot that they escape the Solar System. If you heat a gas to 20 million degrees, the average speed of the atoms is enough to get you to infinity. So it occurred to me that a comet falling from infinity is just the reverse of that process,’ he says. ‘If you take an object at infinity and drop it into the Sun, it will be going as fast as the escape speed of the Sun. Therefore, when it hits the Sun and gets converted into heat, it ought to get as hot as a solar flare. It’s like time reversal.’

Most comets, of course, get vaporised before hitting the Sun. A big one could be something different, however. In the early 2000s he started doing some calculations and wrote several papers. ‘If a really big comet like a Hale-Bopp were to hit the Sun it would be very, very bad news for the Earth because the mass of Hale-Bopp is a lot bigger than the typical mass ejected in a flare – so the energy involved is a lot bigger than a flare.’ How big, exactly? ‘Bigger than a Carrington. The radiation effects on the Earth would be devastating, I think. You can do that sum quite easily in your head.’

A Carrington event – named after astronomer Richard Carrington, who observed a coronal mass ejection in 1859 that created a geomagnetic storm, wreaking havoc with the world’s telegraph systems – could, today, cause untold damage to huge swathes of infrastructure, from GPS and communications satellites to electricity grids.

Brown’s work in this field…