The dark nebulae of summer 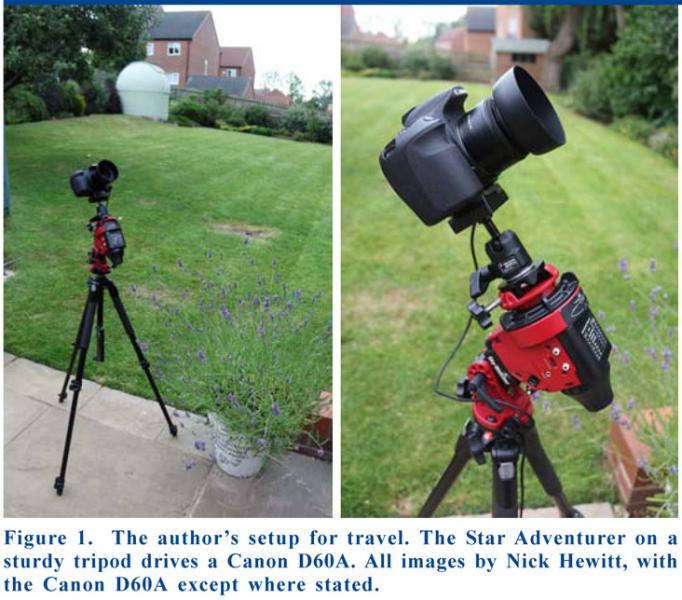 Although summer nights are short, there can still be great astronomical sights, especially if a dark and more southerly location can be found. The Milky Way’s centre is especially well presented with a richness of clusters and nebulae that the winter sky cannot match. From the United Kingdom, we rarely get to see it well, as Scorpius and Sagittarius skirt the horizon, and some parts of each constellation never rise. However, if the Milky Way is on display, the observer cannot fail to be impressed with the myriad stars on show, and also the prominent dark rifts superimposed upon the brightness. From these dark clouds, stars and planets form so are of fundamental interest to us, but the dark nebulae have not caught the imagination of the amateur community in the way the wonderful emission nebulae have done. 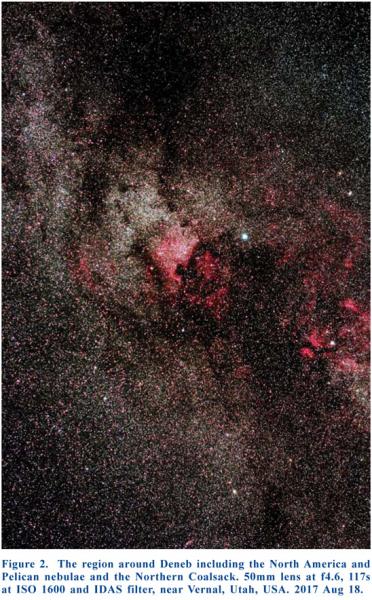 Although ‘holes in the Heavens’ were mentioned by Sir William Herschel, and T. W. Webb lists ‘Starless Fields’ in his Celestial Objects for Common Telescopes Vol. 2 Appendix 1, it was the rise of photography at the end of the 19th century and early 20th that proved that these dark markings were obscurations, not holes. Max Wolf in Heidelberg took superb photos of many dark nebulae, but it was the pioneering series by Edward Emerson Barnard that really helped solve the mystery. Many of the dark nebulae carry his catalogue designation to this day.

Summer through to autumn is the best time of year to explore these dark clouds, and their study makes a fun holiday project. The further south in latitude you can travel the better. Many are large, so they lend themselves to visual observation with binoculars, and small photographic platforms such as the AstroTrak and Star Adventurer driving a DSLR camera (Figure 1) are ideal. But if travel is not an option, the northern part of the Milky Way is well displayed from the UK as it slices through Cygnus, Aquila and Scutum.

The Dark River
The Dark River begins just north of Deneb in Cygnus, and flows through the constellation as the Great Rift into Aquila, curving to the west of the Scutum Star Cloud and cascading into Ophiuchus, Scorpius and Sagittarius. The whole course is bejewelled with open star clusters, emission nebulae and many a globular cluster. It is a feast for the Deep Sky enthusiast.

Near Deneb, we find the striking Northern Coal Sack occupying an area 6° by 5° between Deneb, Sadr (gamma) and Gienah (epsilon) Cygni (Figure 2). It contains some 1 million solar masses of material. You can make out the darkness with the naked eye from a very dark site, but low power binoculars show it best. It is also easy to photograph with telephoto lenses. Nearby is the North America Nebula (NGC 7000), a huge glowing emission area, with the fainter Pelican nebula (IC5070/5067) to its west (Figure 4a and Figure 4b). Between the two, in the ‘Gulf of Mexico’ as it were, is an inky pool, almost devoid of stars. Smaller dark nebulae catalogued by Barnard surround the complex, but this darkest feature eluded his list. The whole of Cygnus is entwined with Barnard nebulae for the explorer, including the Dark Cigar, Barnard 168 with the lighted end being the Cocoon nebula (IC 5146) (Figure 5)… (continued)