The globular clusters of Ophiuchus 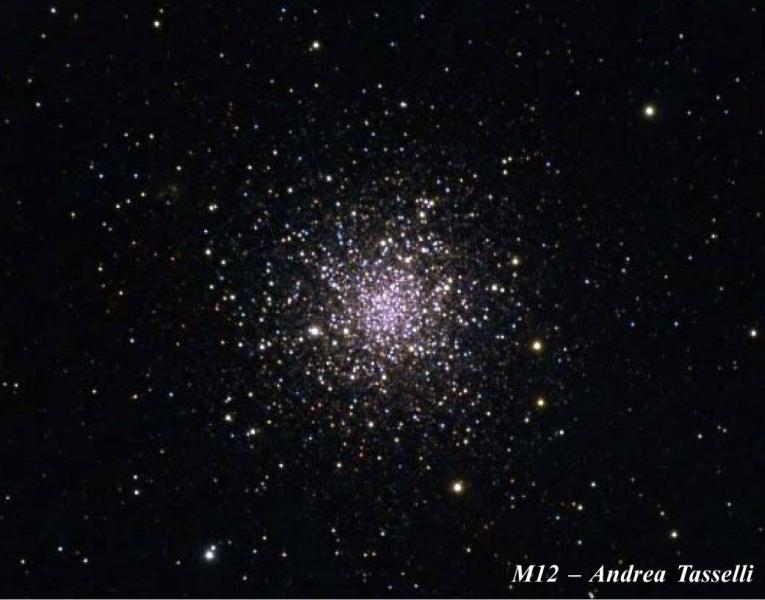 Globular clusters are fascinating objects and summer and early autumn, when our southerly view is towards the galactic centre and its halo of globulars, is a good time to hunt them down. By August the skies are dark at a reasonable hour and the chill of autumn has yet to arrive. Many globulars have a high surface brightness so even in skies that are not pristine they can often be observed well. There is no doubt that the prime summer constellations for cluster observing are Scorpius and Sagittarius, but another constellation that is well worth putting on your observing list, and one that often gets ignored, is Ophiuchus.

Ophiuchus is an ancient constellation and in mythology represents the healer Aesculapius, the son of Apollo, surrounded by the serpent constellations of Serpens Caput (the head) and Serpens Cauda (the tail). Home to seven Messier globulars and several other only slightly inferior NGC clusters, it is usually depicted as a multi-sided and rather empty box shape outlined by second and third magnitude stars. It is a very large constellation lying below Hercules and to the west of the main band of the summer Milky Way.

Although it is not particularly conspicuous to the naked eye at first sight, like many fainter constellations once recognised it becomes much more obvious in future. This note will concentrate on the globulars discovered by Messier and his comet hunting colleague, Méchain. Because of the southerly declination of the constellation some of the clusters may be out of reach for UK observers unless you have a good southern horizon. M19, at a declination of -26° and M62 at -30° are likely to cause the biggest problem. The table lists the clusters with their coordinates, with other relevant details such as magnitude and diameter. The degree of concentration (star density) is the parameter most likely to influence how a cluster appears to the observer and is given by a classification system derived in the 1920s by the American astronomers Harlow Shapley and Helen Sawyer Hogg – Class I being the densest and Class XII the most open.

The brightest star in Ophiuchus is second magnitude alpha Ophiuchi (Rasalhague), the northernmost star of the constellation which culminates about 50° above the horizon from the UK. Unfortunately the clusters lie several degrees south of this prominent star and none of them have particularly bright star companions alongside to aid in locating them. Users with GoTo or setting circles (coordinates are given in the table) should have no problem but others will have to use star-hopping techniques. This should not be too difficult as the clusters are relatively bright and many are visible in binoculars from a good site.

Two clusters, M10 and M12, lie within the body of Ophiuchus with M14 lying just outside on the eastern edge; all discovered by Charles Messier on successive nights in 1764 May/June. In many ways they are visually similar to M92 in Hercules, which should give observers an idea of how they will appear through the eyepiece. M14 is the fainter of the three, although still visible in binoculars as a fuzzy spot. M10 and M12 are a lovely pair and lying just over 3° apart can be seen in the same field in binoculars or a wide-field telescope.

M12 is slightly looser than M10 and both are worth examining at high power if you have access to a large telescope. Don’t expect the size visually to approach that given in references, which are obtained photographically and include many outlying fainter stars. Images of these two clusters here are by Martin Butcher (M10) and Andrea Tasselli (M12). Because of differences in telescope / camera / exposure and field size it is not possible to make direct comparisons between cluster images from different observers using different equipment, but they do show differences in star concentration. (continued…)