The myth of Henry Hudson’s sunspots 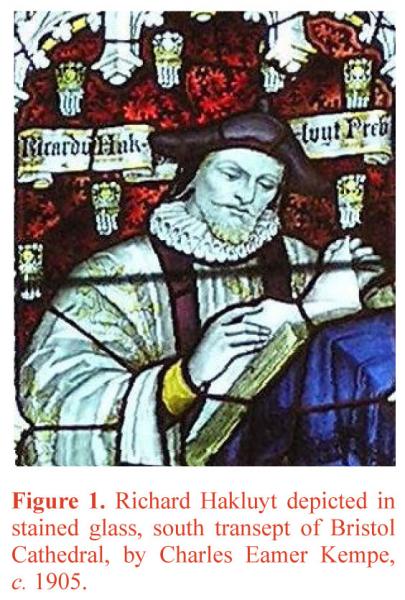 Introduction
In 1610, sunspots were seen telescopically for the first time. For centuries before then, they had been noticed from time to time as naked eye objects. Modern catalogues list more than 150 probable cases of datable naked eye sunspot observations recorded by Chinese and Korean astronomers between 165 BCE & 1610 CE. Only about 10 such cases have been documented outside Asia before 1610. The explorer Henry Hudson was supposedly responsible for two of these: firstly on a voyage to Africa in 1590 and then off the Arctic coast of Norway in 1609. He has even been credited with the discovery of sunspots.
The 1590 case is listed, citing Hudson, in the 1987 catalogue of naked eye sunspot observations by Axel Wittmann & Zhentao Xu, and in their 1997 updated catalogue on the US National Oceanic and Atmospheric Administration (NOAA) website. The 1609 case – again citing Hudson – is mentioned by Judit Brody in her 2002 book The Enigma of Sunspots, and by José Vaquero & Manuel Vázquez in their 2009 book The Sun observed through history.
Hudson’s spots have gained general acceptance in solar astronomy for more than 100 years, and I review how this association came about. I argue that, while the 1590 sunspot observations are almost certainly authentic, there is no evidence to link Hudson with them. I go on to show, using documentary evidence, that the presumed sunspot observation of 1609 is based on a false premise.

The first promoters of Hudson’s sunspots
The first mention of a sunspot in connection with Hudson was in 1860 by Georg Asher. Asher was born in St Petersburg in 1827. He studied in Berlin and Heidelberg where he became Professor of Law, and died in France in 1905. His father, who was for a time a diamond trader in St Petersburg, set up an antiquarian book business with branches in Berlin, London and St Petersburg, which still exists in Holland. Georg Asher had trained as a bookseller and antiquarian; during 1854-’62 these were his main activities, taking him to several countries in north and west Europe, including Britain.
Asher edited a journal of Hudson’s 1609 voyage for the London-based Hakluyt Society, which published (and continues to publish) scholarly editions of primary accounts for early voyages of exploration. He appears to have been puzzled by an entry in the journal that mentions the Sun ‘having a slake’, and wrote a footnote stating that the word ‘slake’ was a north-country dialect term meaning an accumulation of mud or slime, claiming that Hudson might have seen a sunspot.
Asher’s comment was taken up by the Reverend Samuel Jenkins Johnson in 1879. A Fellow of the Royal Astronomical Society, Johnson not only actively observed but also unearthed previously undocumented historical references, including to comets, aurorae and sunspots. He was a leading authority on eclipses and an original member of the British Astronomical Society (now the BAA), until his death in 1905 at the age of 60. In letters to both Nature and The Astronomical Register, Johnson brought Asher’s note to the attention of astronomers. Johnson attributed the journal to Hudson himself (which is incorrect) and, like Asher, dated the sunspot as 1609 Mar 21 (the journal entry is in fact from May).
Shortly after Johnson’s letters, another claim on behalf of Hudson was made by the German-Swiss astronomer Hermann Fritz….(continued)