A September Saturday in 1970
The first ever BAA event I attended was a Lunar Section meeting held in the Geological Society lecture theatre at Burlington House on 1970 September 26. I had been a BAA member for one year and was twelve years old. This was an incredibly exciting time, with Apollos 11 and 12 having sent men to the Moon, Apollo 13 having narrowly averted disaster, and Apollo 14 set to lift off in a few months’ time.

For a schoolboy the undoubted highlight of that day was meeting the BBC Apollo mission coverage ‘TV star’ that was Patrick Moore (referred to simply as ‘Patrick’ for the rest of this paper). However, my second strongest memory of my first BAA meeting was hearing a character with a peculiar name, Axel Firsoff, delivering a lecture about the results from the recent Apollo Missions, in which, at several stages, he claimed that some lunar features could only have been created by running water!

Even then I realised that this was an extraordinary suggestion and I remember, for several weeks after the meeting, being transfixed by the thought of water once flowing on the Moon. Could it be true? I knew nothing about Mr Firsoff then, but in the passing years I have often thought that I would like to know a lot more, so after almost half a century I started the data trawl that led to this paper. 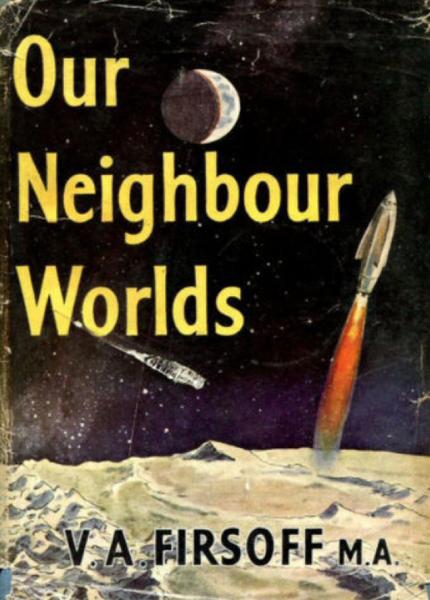 Valdemar Axel Firsoff preferred to be called Axel. According to Richard McKim his first name (which he rarely used) was originally Vladimir, but was changed to Valdemar in later life. He was born in the Ukraine (then part of Imperial Russia) on 1910 January 29, despite numerous sources implying that he was Swedish (he often translated Scandinavian languages into English, which is probably the reason for the confusion).

Aound the time that Axel Firsoff was seven, the Russian Revolution occurred and the Firsoff family fled to neighbouring Poland, living in the south of the country, not far from the Czechoslovakian border (now known as Slovakia and the Czech Republic). Their new home was in the region of the Tatra mountains, which would play a huge part in Axel’s future interests, because mountain scenery, geology and skiing all became subjects which interested him greatly, and about which he would write many future books…

During 1952, less than a year after his election to the BAA, Axel’s first astronomy book, entitled Our Neighbour Worlds (namely, the Moon and the planets of the inner solar system) was published by Hutchinson’s Scientific & Technical Publications (Figure 5). This was one year before the publication of Patrick’s first astronomy book Guide to the Moon. It was a significant tome, 336 pages in length, with 26 photographs and drawings, and the purchase price was 25 shillings (£1.20). Axel’s first astronomy book was reviewed in the Journal by Michael Ovenden (the young BAA Papers Secretary from 1946 to 1951) who advised members to read and enjoy the book, but not to believe all of it. He singled out as ‘pathetic’ Axel’s claim that an atmosphere around Mercury might explain a bright spot on the dark side, but praised the book’s ‘originality’… (continued)