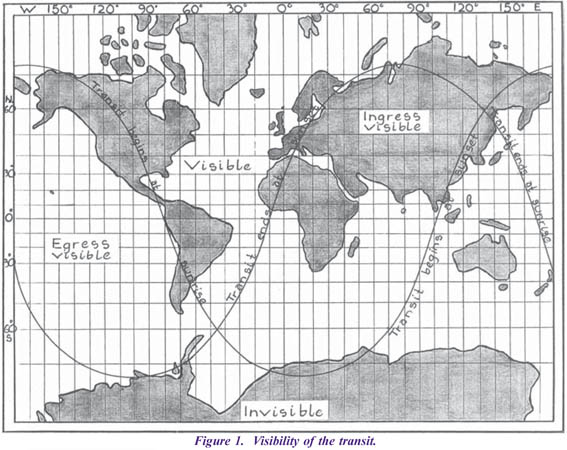 The transit of Mercury on May 9 next year is entirely visible from western Europe, extreme west Africa, most of South America, the eastern part of North America, Greenland and the Arctic regions.

The ingress is visible from most of Africa and the greater part of Asia, the Sun setting with the transit in progress; the egress may be seen from the eastern tip of Asia, the western part of North America, the southern part of South America and the Hawaiian islands, the Sun rising with Mercury already on its disk. Figure 1 illustrates the visibility of the event.

The transit takes place at Mercury’s descending node, the planet crossing the southern part of the Sun’s photosphere. For a geocentric observer ingress (exterior contact) occurs at 11h 12m UT (12:1 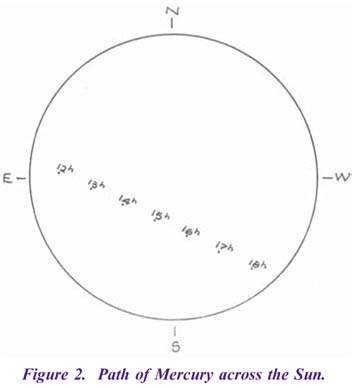 2 BST) and egress (exterior contact) at 18h 42m UT. Mid-transit takes place at 14h 57m UT when the least angular distance between the centres of the bodies is 5’18”. About three minutes elapse between exterior and interior contacts. 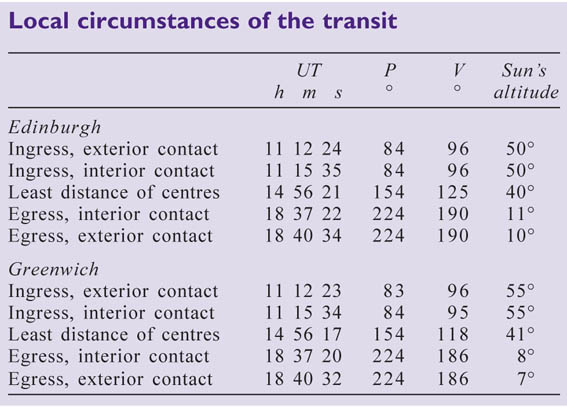 Across the British Isles the circumstances of the transit hardly vary. The Table gives some local circumstances. The angle P is measured from the north point of the solar disk through east, while the angle V is reckoned anticlockwise from the vertex. Figure 2 illustrates the path which Mercury appears to take across the Sun.