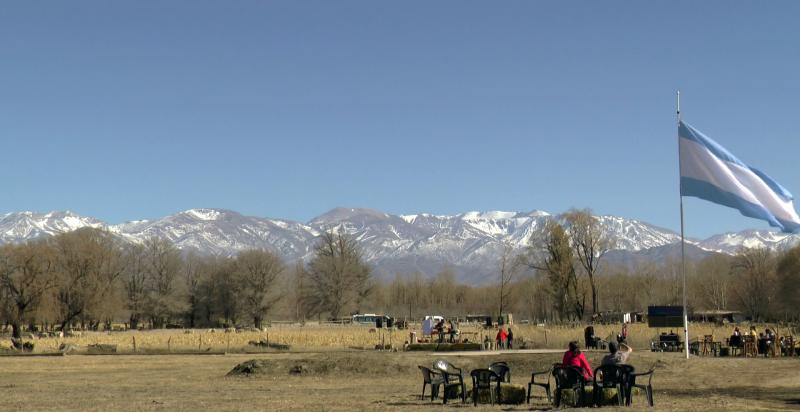 The centre of the 2019 Jul 2 total solar eclipse umbra first touched the Earth’s surface at 18:02 UTC in the Pacific, north-east of New Zealand. It then traversed that vast ocean, crossing dry land only once at the tiny Oeno Island (a member of the Pitcairn group) before making landfall at La Serena on the Chilean coast at 20:40 UTC. The shadow crossed the continent of South America in four minutes, lifting off the Earth at sunset just south of Buenos Aires.

I was with a group of 400 eclipse chasers, including quite a number of BAA members, who were travelling with Astro-Trails. We arrived at the Posta Kamak llama farm in Bella Vista, Argentina several hours before first contact. Some years before that day, weather expert Jay Anderson had identified this spot as having the best weather prospects for any site along the South American track. In addition to the weather, the site had a great view of the Andes to the west, in the direction where the Sun would be at eclipse.

From this site, near the end of the track, the Sun would be only 11° above the horizon (around 8° above the mountains) at totality. The best eclipses I have observed (Gobi in 2008; Svalbard in 2015) have been low ones, since the corona is then seen with foreground objects and a version of the Moon illusion operates, making it appear much larger than normal.

On arrival at the site, the weather was perfect. Not a cloud in the sky and no prospect of any. This made for a relaxing set-up period, although I had been worried about what the llamas might do during totality. I had visions of them stampeding during the eclipse and knocking over tripods, but they were securely penned up at the other end of the site so no problem there. Of more immediate concern was a CNN camera drone which was flying over and a hot air balloon. Luckily neither of these proved to be a problem at the critical time. I spoke to the CNN people and persuaded them not to fly their drone over the crowd, while it was just a bit too windy for the balloon. 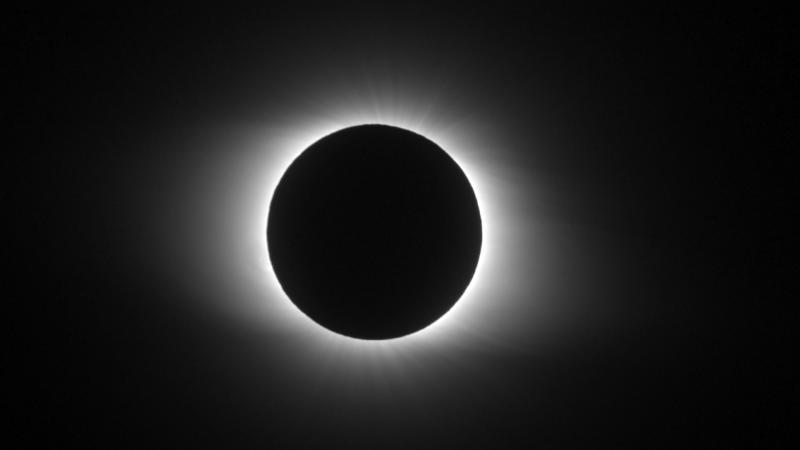 I had taken a William Optics Megrez 72 with the intention of videoing the eclipse in High Dynamic Range mode, using a Sony a7S camera. I also had a wide-angle video running along, with an almost-fisheye GoPro. My equipment set-up was so relaxed that I almost missed first contact (although the availability of chilled Pinot Grigio from a vendor on site may also have had some effect).

The partial phase progressed without incident in a cloudless sky and totality arrived at 20:39:36 UTC (17:39 local). For two-to-three minutes before totality, we were treated to a stunning display of shadow bands. With the exception of an even more impressive display in Svalbard, these were the best I have seen.

Since we were near the end of the track the umbra was highly elongated and the long, thin shadow was visible as it rushed towards us. The second-contact diamond ring ushered a gorgeous view of the totally eclipsed Sun, low over the snow-capped Andes. The corona was a beautiful example of the solar-minimum type, with long equatorial streamers which matched the pre-eclipse predictions very well. Several prominences were visible in binoculars, including a large one on the western limb which was gradually uncovered as the Moon moved across the Sun. After an incredibly short 2min 30s we had a long third-contact diamond ring, followed by another amazing display of shadow bands which lasted for at least three minutes. We did see something looking like shadow bands more than five minutes after third contact, but I suspect this was a convection effect since the Sun was now only 10° above the horizon.

Fifty minutes after totality, the Sun set into one of the Andean peaks while in partial eclipse at 21:27 UTC (18:27 local). This was a fantastic end to a brilliant day. Local vendors were selling left-over empanadas at knock-down prices and I bought several to munch whilst we were stuck in a three-hour traffic jam on the single road back to San Juan. 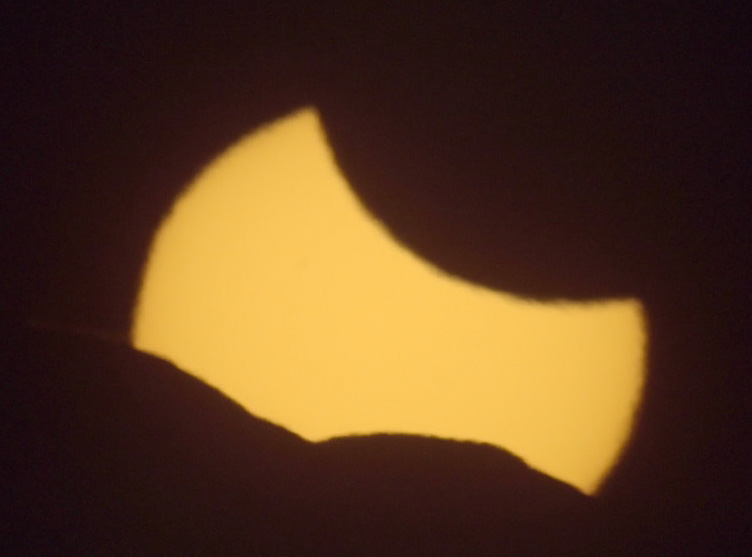 Total eclipses are addictive and I am looking forward to my next fix, which will again be in Argentina, in December of next year. This time the Sun will be high in the sky, so it will be a different experience again.

As with previous eclipses I am collecting material for inclusion on an archive DVD/Blu-ray, which will be edited by Roger Perry. We are looking for images/videos of the eclipse itself and pictures of equipment and observation sites (not general travelogue pictures of South America). Please send pictures to me at solareclipse@britastro.org. If you have videos, please e-mail me using that address and we can discuss how to transfer them. In all cases, please include full details.